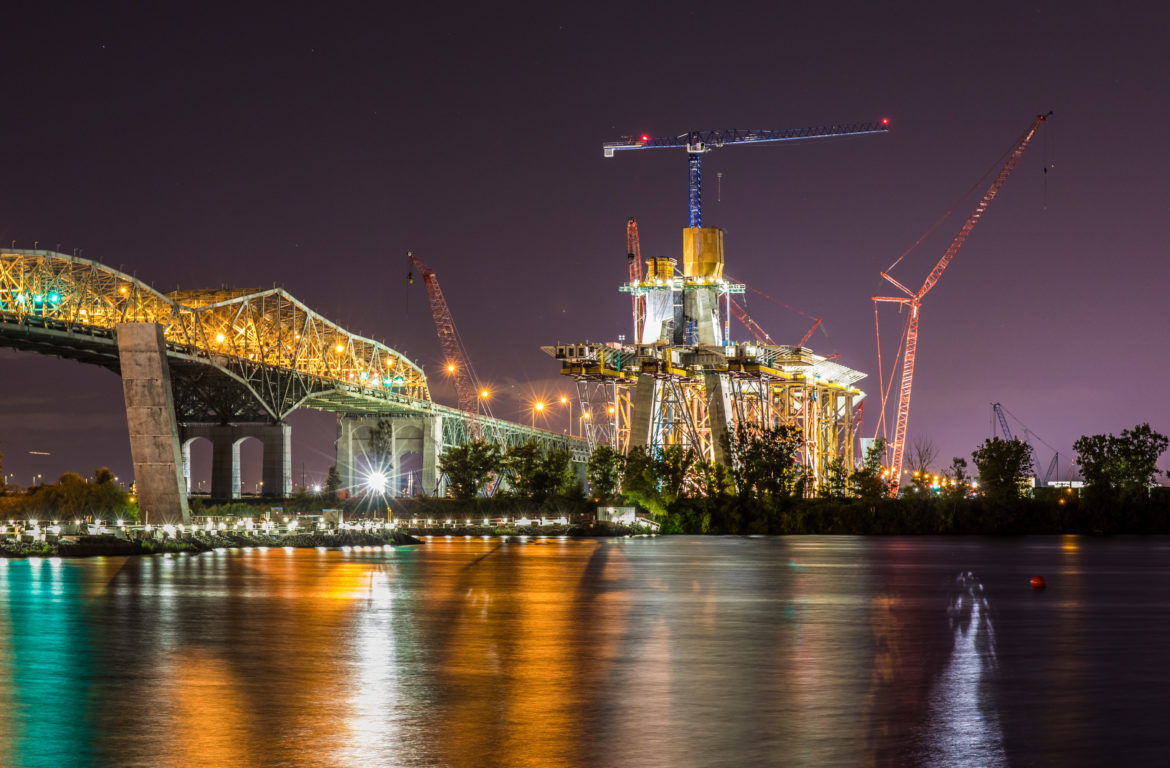 The Champlain Bridge is one of Montreal’s main connections through the city and Canada’s busiest bridge. About 136,000 vehicles cross the bridge each day. Due to the extreme climate conditions in Montreal and the use of road salt on the pavement, the 55-year-old bridge is suffering a progressive deterioration that different maintenance and repair plans have not been able to stop. The Canadian Government has decided to build another bridge as a replacement.

Since 2015, the Signature on the Saint Lawrence Group, formed by SNC-Lavalin, ACS and HOCHTIEF, is working on the construction of the New Champlain Bridge, located in parallel and a few meters away from the current bridge, which is still open to traffic. The new bridge will feature a 558-foot-tall main pylon,  which is being built with the support of a Linden Comansa 21LC550 tower crane.

The 21LC550 working on the Champlain bridge has maximum load capacity of 55,120 pounds to lift large precast concrete structures and heavy form-work panels. Another version of this crane is available with maximum load of 44,090 pounds.

The new Champlain Bridge is expected to be finished by December 2018.