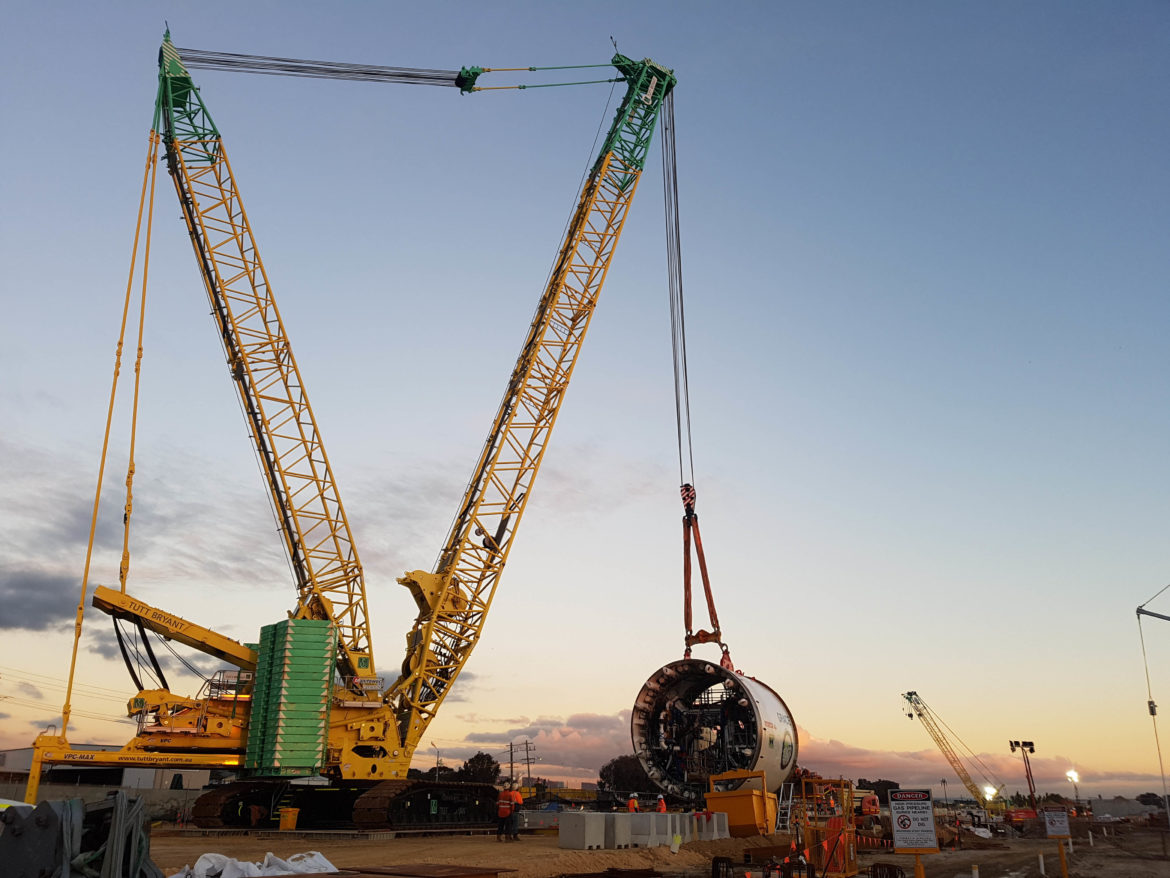 In Australia, the Forrestfield-Airport Link’s new subway system will connect downtown Perth with the city’s airport. Tutt Bryant Heavy Lift & Shift provided the lifting power to build one of the tunnel boring machine (TBM) units, and the company sent its 650-ton capacity Manitowoc MLC650 with Variable Position Counterweight (VPC) to handle the assembly.

The AU$1.86 billion Forrestfield-Airport Link is the government’s latest effort to strengthen public transport in Perth and improve access between the city and its airport. Central to construction of the underground rail system are the TBM units, which each weigh over 160 tonnes and measure 7 meters in diameter. They arrived at Forrestfield by truck, which is where the MLC650 was used to assemble and lift into position one of the units. It is currently working on an 8 km stretch of the tunnel that will link Perth’s foothills with the city’s downtown area. Drilling began in July and is expected to last two years.

Manitowoc’s VPC system automatically positions the counterweight to fit the required lift. The counterweight moves along the rotating bed and is positioned based on changes in boom angle and lift load. Advantages for customers include reduced ground preparation, lower ground-bearing pressure, and less counterweight, without sacrificing capacity.