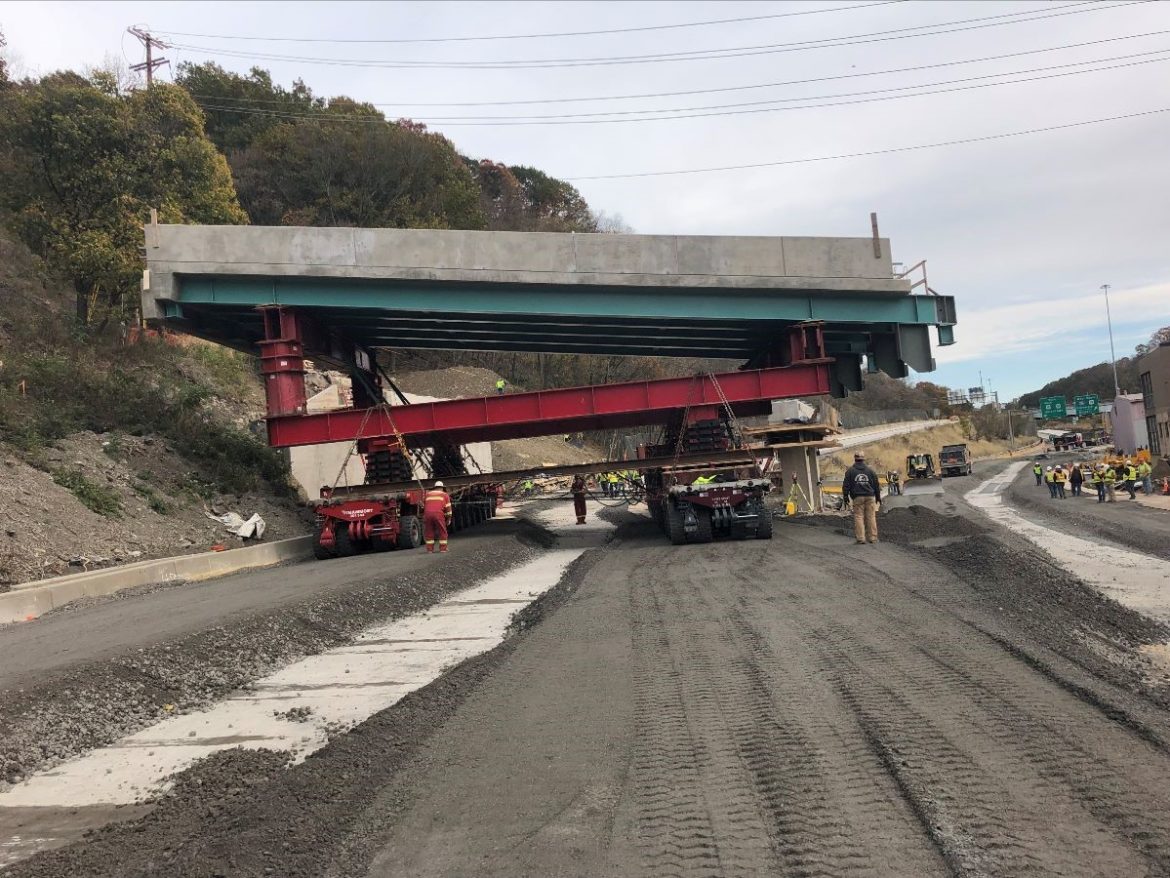 When tasked with upgrading and rebuilding Shaler Street bridge, a main thoroughfare with heavy traffic leading to the tunnel towards the city of Pittsburgh, minimizing downtime and traffic disruptions were of great concern to Pennsylvania Department of Transportation (PennDOT) and the residents. For the first time in the state’s history, PennDOT elected to fully assemble the new bridge spans in a parking lot next to the highway, later to be transported into place in one piece. While this was a first for PennDOT, Mammoet’s experts shared their knowledge of how the accelerated bridge construction (ABC) method would require only a few working days instead of six to eight months of working to assemble the bridge in place.

One by one, Mammoet utilized 24 axle-lines of SPMTs to transport the spans into place. SPMTs can raise between 4 and 6 feet in height to lift its load; however, more reach was required to achieve the final elevation of the spans ranging between 14’ 7” to 19”. Mammoet situated falsework, made up of steel beams, on top of the SPMTs to allow for the extended height of the span’s permanent location. Once the span had been transported into position, the climbing jacks were jacked down, lowering the bridge span onto its bearings with millimeter precision. The installation of the road was measured using GPS coordinates so that it was within 1/10th of an inch of the specifications. The first span was moved in on a Monday, the second span on Tuesday and by Wednesday morning the highway below opened with one lane of traffic in each direction.

Mammoet recently received an innovative bridge award and has championed bridge projects around the world including a project in Ontario with one of the heaviest bridges, and the largest bridge slide in US history to name a few.