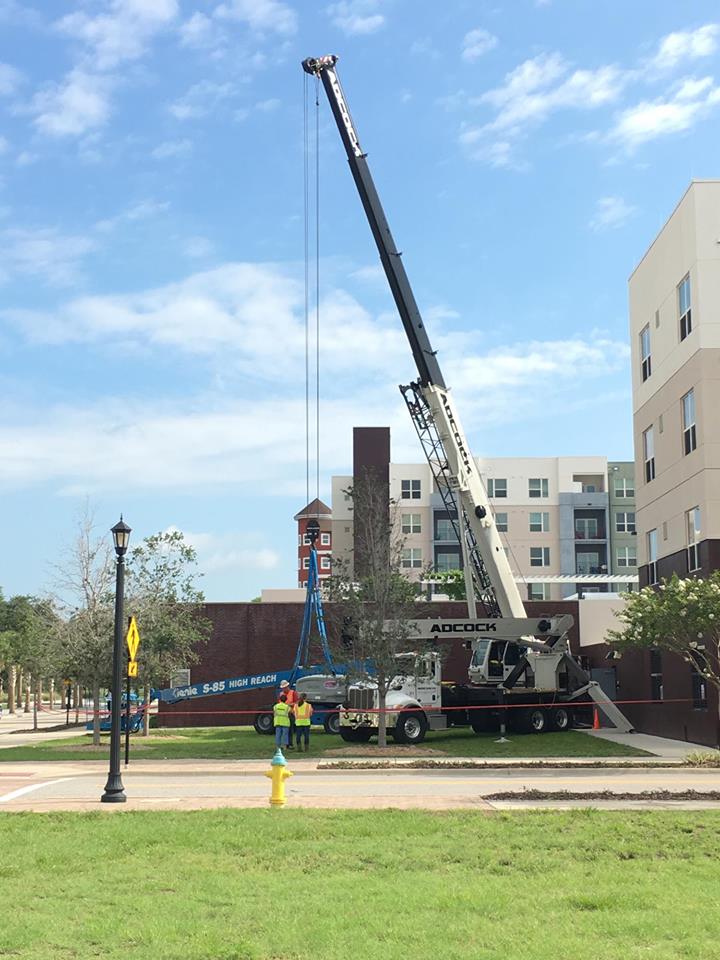 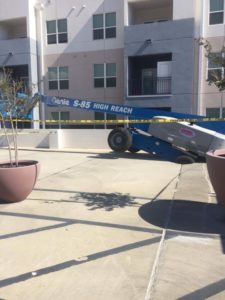 Boom lift fell through the upper deck of a parking garage.

When an 85-foot boom lift fell through the upper deck of a parking garage in Tampa, Fla., Mark Adcock of Adcock Cranes had to come up with a quick plan to remove the disabled machine. Adcock received the call on Friday night, and within 12 hours, his 100-ton Link-Belt HTC-86100 truck crane was ready to make the lift. 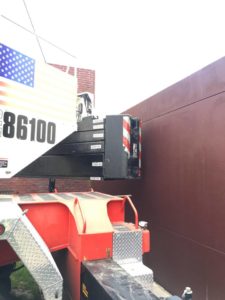 The crane had a tight fit on the site.

The boom lift was rented by a company to clean the windows on a nearby building. To get closer to the work, the window cleaning crew drove the 38,000-pound lift to the top of the parking garage. However, the upper level of the garage could not hold the weight of the machine, and the lift’s wheels plunged through the floor.

Although no workers were in the boom lift when it fell and no bystanders were injured, Adcock said the police and fire department took precautions and evacuated an apartment complex located only a few feet from the garage. They also would not allow the cars to leave the garage, for fear that the entire deck would collapse. 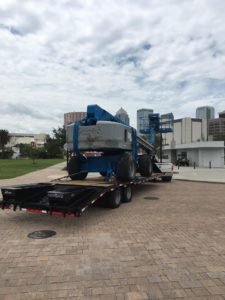 The boom lift had to be lowered onto a trailer.

“One of the challenges was we couldn’t get the crane as close as we wanted to get to the boom lift because of a wall,” he said. “The crane was at 100% of the chart.”

Once the boom lift was lifted and moved, the tight confines required it to be lowered onto a trailer rather than the ground to be moved out of the area.