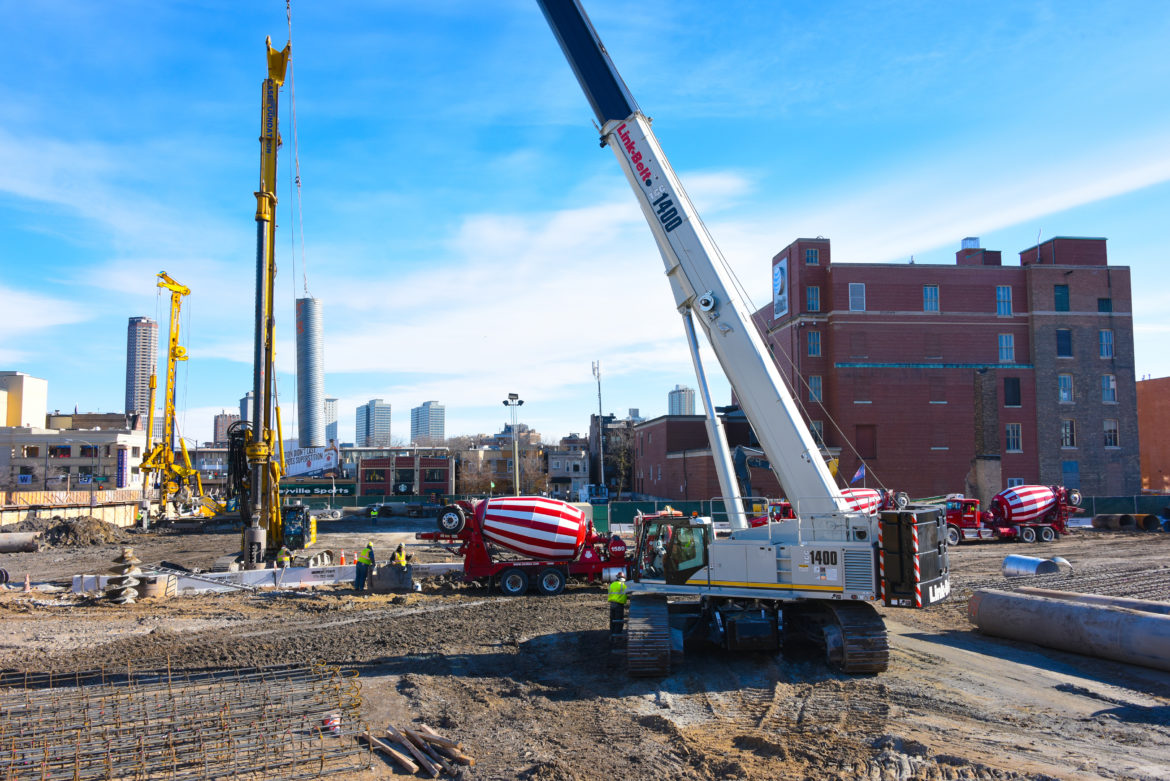 The production schedule included lifting six caissons per day in sub-zero temperatures. Two drilling rigs, an IMT AF250 and Bauer BG36, were used to auger up to 5-foot diameter shafts. Once the TCC-1400 lowered the pipes into their shafts, 6,000-to 10,000-psi concrete filled the newly poured shafts.

After the concrete was set, the Link-Belt TCC-1400 provided the pulling force using the main boom and a six-part line for full breakout force. Up to 90,000 pounds of pulling power was needed by the TCC-1400 to loosen and break free the concrete-encased caisson pipes from the clay and hardpan. The heaviest caissons and ancillary lifts were up to 20,000 pounds, which the crane handled using its whip line.

The two drilling units typically worked at opposite ends of the 2.3-acre jobsite, and the TCC-1400 was busy going back and forth between the two rigs to stage caissons for removal from the site and supply new ones for new holes. The Link-Belt TCC-1400 only had about 85 feet of boom scoped out when lifting the caissons out of the ground; the boom was scoped out to 100 feet while laying the caissons down in a storage area.

Once the project was completed, the TCC-1400 lowered and lifted 198 caisson pipes in -12 degree F weather over the course of several weeks for the new project’s foundation.