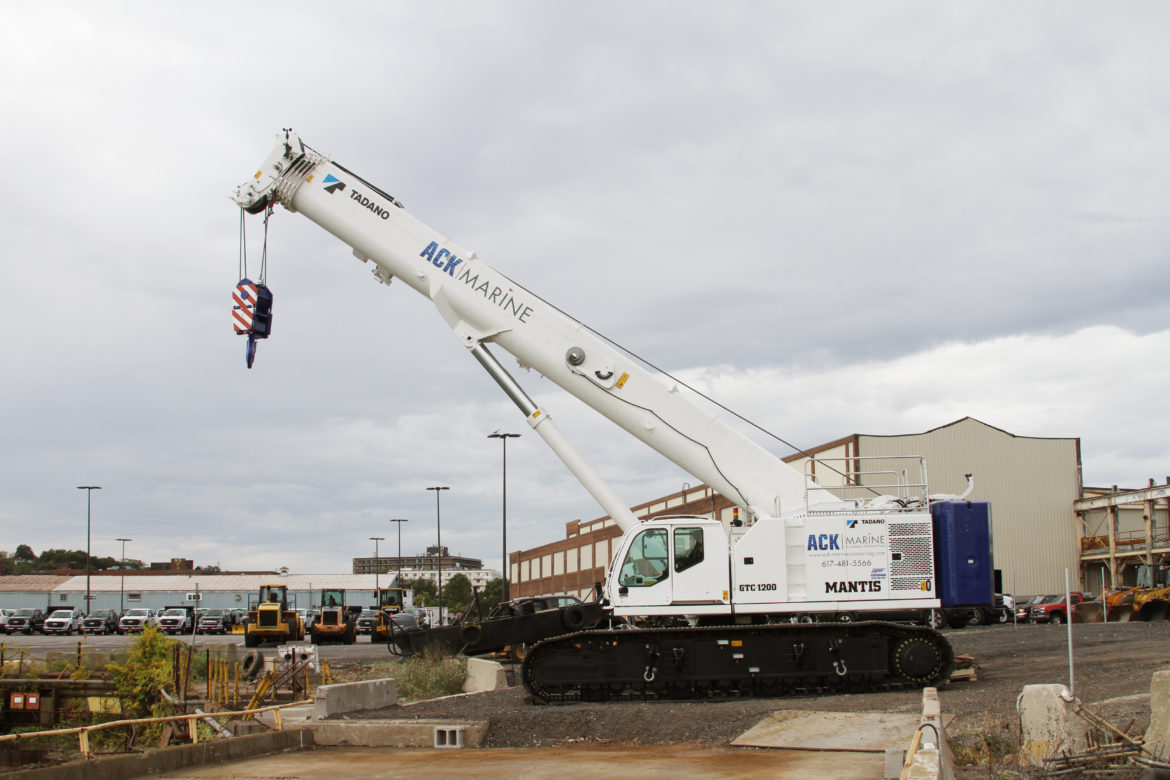 ACK Marine is often working on barges, and many of its upcoming jobs are bridge or demolition work that requires the cranes to be working in low clearance areas. The unit’s first job will be a land-based bridge job where two GTC-1200 telecrawlers will be working together.

“The GTC-1200 doesn’t require you to break down, the boom easily retracts, and can get into tight areas,” said John McNulty, vice president and chief estimator for ACK Marine. The 130-ton-capacity GTC-1200 also has a strong 2.5-degree barge chart.

Watch the crane being delivered and set up.