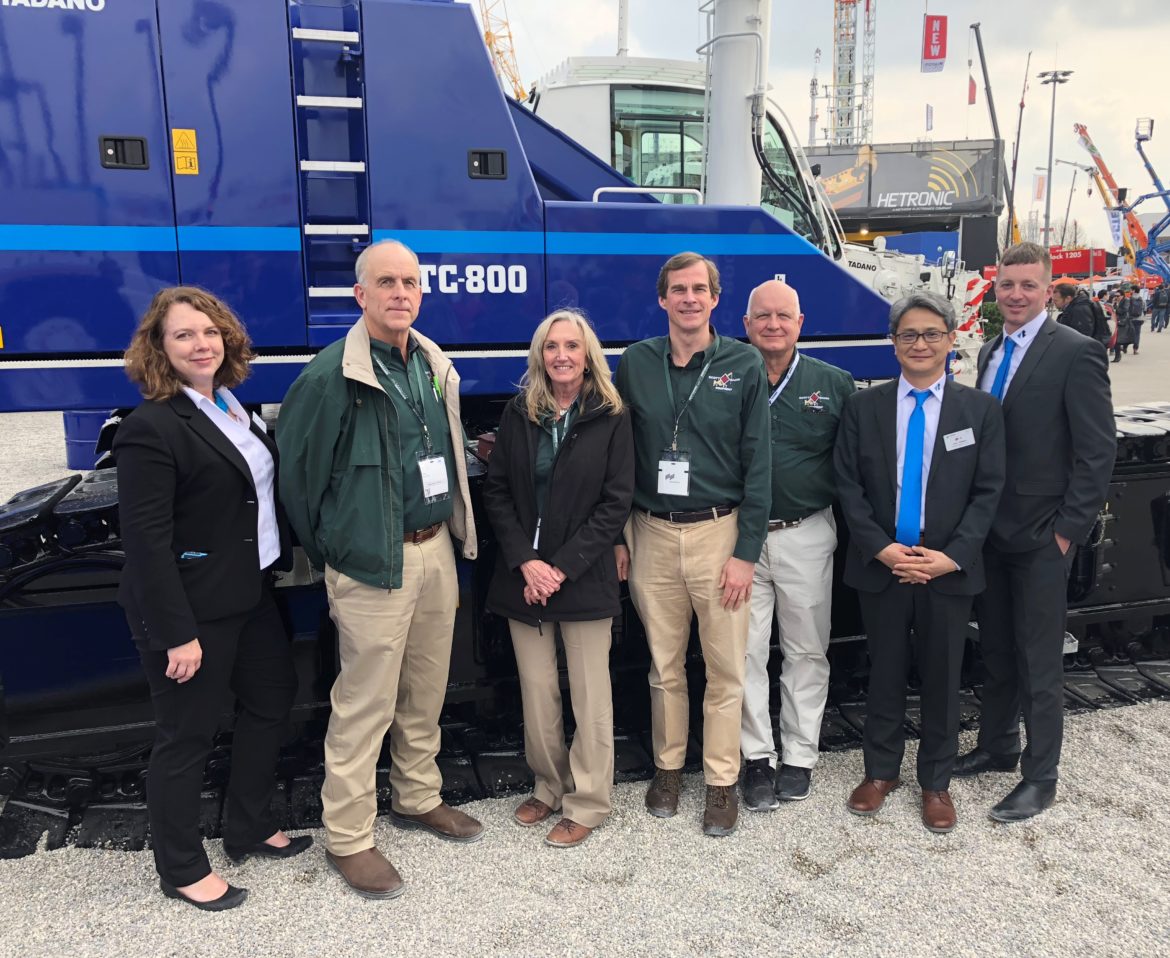 Scott-Macon Managing Director Alexander Scott said, “We are excited to be making this multiple Tadano Mantis crane purchase. We have purchased a number of the GTC-800s in the recent past and have been very happy with this newly designed GTC version of the Tadano Mantis crane. We are pleased to see this new design extended to the other cranes in the Mantis lineup and are looking forward to putting these additional cranes into our marketplace.”

The GTC-800 features a five-section, 141.1-foot main boom, plus a 58.1-foot bi-fold jib. The GTC-600 has a 4-section, 118.1-foot main boom (58.1-foot bi-fold jib), while the GTC-350 has an 89.3-foot boom and 42-foot extendable jib. GTC Series cranes have automatic switching load charts for operation at up to four degrees out-of-level; the level ground charts for Tadano Mantis machines are for slopes to 1.5 degrees. The GTC cranes also feature the Tadano AML-C rated capacity indicator with OPTI-WIDTH™ (Tadano Mantis’ system allowing asymmetric track positioning in reduced width configurations), as well as HelloNet Telematics.

Scott-Macon Equipment was founded in 1973 and has since become one of the leading independent equipment companies in the Southern region of the United States. The company’s operations include the sale, rental and servicing of a wide variety of lifting equipment. This includes rough terrain hydraulic cranes, all-terrain cranes, boom trucks, truck cranes, crawler cranes and industrial carrydeck cranes, specialized hydraulic crawler cranes, material handlers and aerial lifts.

Major Interchange Construction in Orlando Wrapping Up This Year