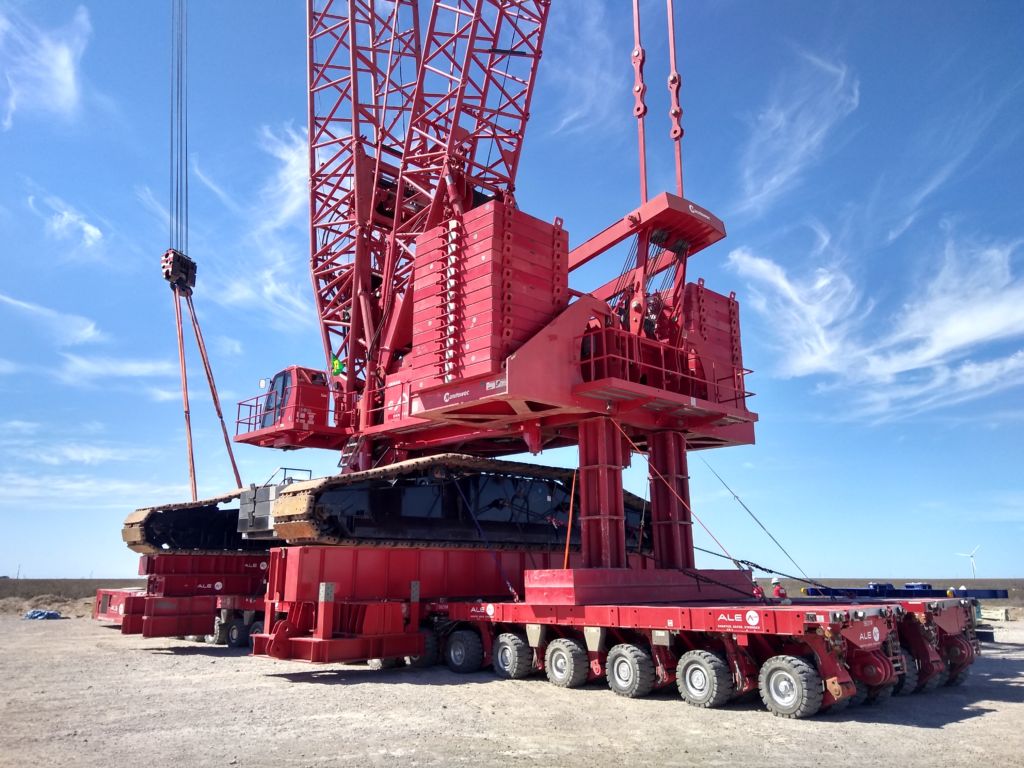 ALE has utilised its innovative methods to adapt a crawler crane, Manitowoc 18000, with SPMTs to significantly reduce the schedule for the Loma Blanca wind farm project in Argentina.

As the project included many challenges, ALE’s experience in wind services was vital to providing the best technical and commercial solution. The dirt roads between the wind turbines are very narrow – just 6m wide in some parts – so the crane was adapted and combined with the latest SPMT transport technologies to enable the transportation. As the crane is being moved by SPMTs that are within the width limitations of the track, the crane can be easily moved onsite. 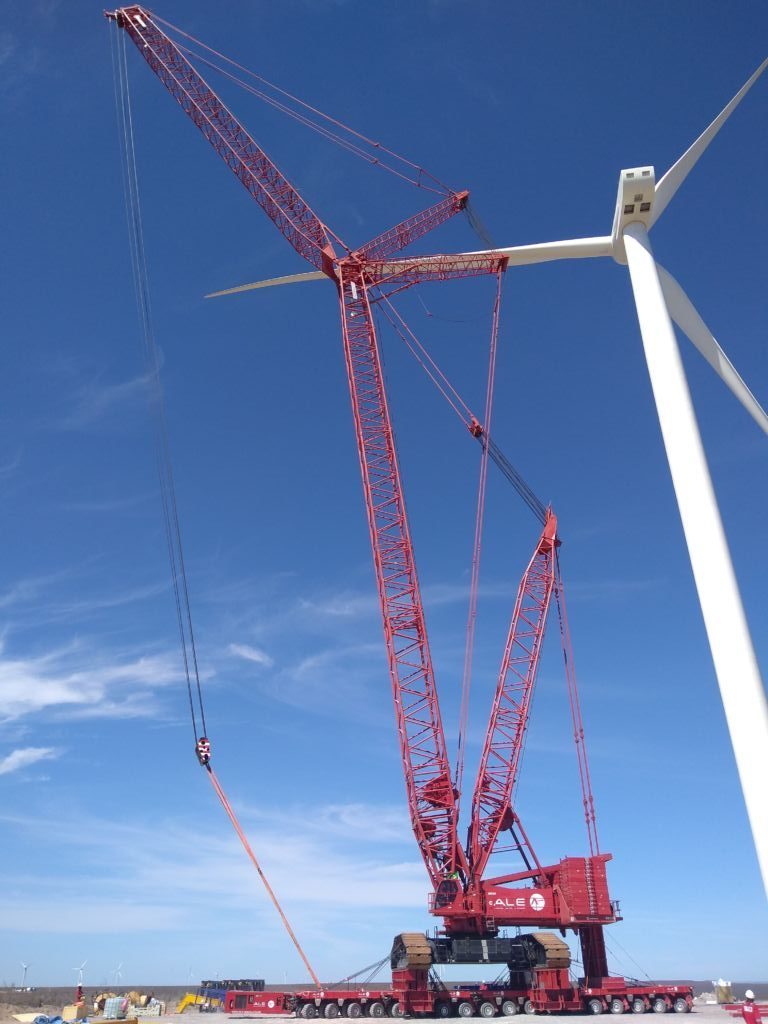 To reduce the time required to disassemble and transport the crane’s components from pad to pad, the crane was initially assembled on refurbished existing beams, laid on spreading mats. During the lifts, the transmitted loads were supported by the beams.

Once the rotor of the wind turbine generators was placed, the crane was carefully set to the defined transportation parameter, being mindful of transversal inclinations. 36 axle lines of generation 3 SPMT in a 4 file 18 configuration were used to jack-up the crane.  As soon as the lashing lines were tightened, the crane got into position for the next platform.

By utilising their extensive equipment fleet and engineering a solution so the 120m-high crane could be moved in one piece after installation, rather than disassembling crane sections and reassembling in its next lift position, this saved a huge amount of time.

This is part of the Loma Blanca II project, where ALE has been contracted to install 16 wind turbine generators in Patagonia, Argentina.