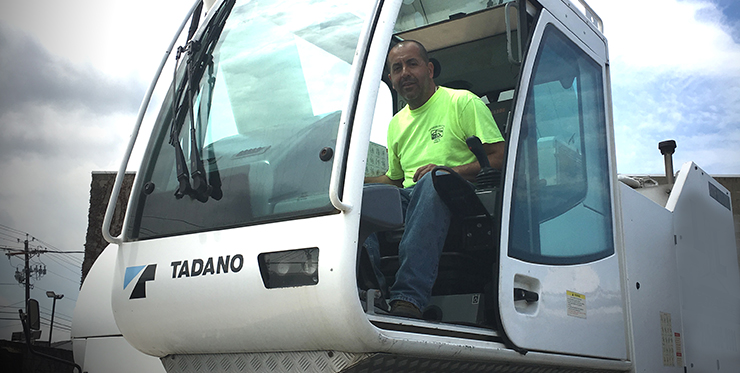 Tony Cabral, general manager of Portuguese Structural Steel, which fabricates and erects structural steel, joist, deck, and steel stairs, was excited to add the used machine to its fleet. “One of the things that will give us an advantage over our competition is we will no longer have to rent a crane of this size,” he said. “The Tadano ATF 160G-5 is here on site and ready to go.”

Cabral also notes the service as one of Tadano’s selling points. Tadano America sells not only new but used cranes directly, including accepting trades, and it provides direct manufacturer service to the machines, including this 2005 ATF 160G-5.

The ATF 160G-5 is a five-axle 176-ton capacity all terrain crane with a 196-foot main boom and 122-foot buildable jib. The superstructure frame is connected to the carrier on a ball bearing system that enables 360-degree continuous rotation. The crane, equipped with a six-cylinder Mercedes Benz water-cooled diesel engine, has a self-diagnostic electronic load moment device and working area limitation for lifting height, load radius, boom angle and swing range.