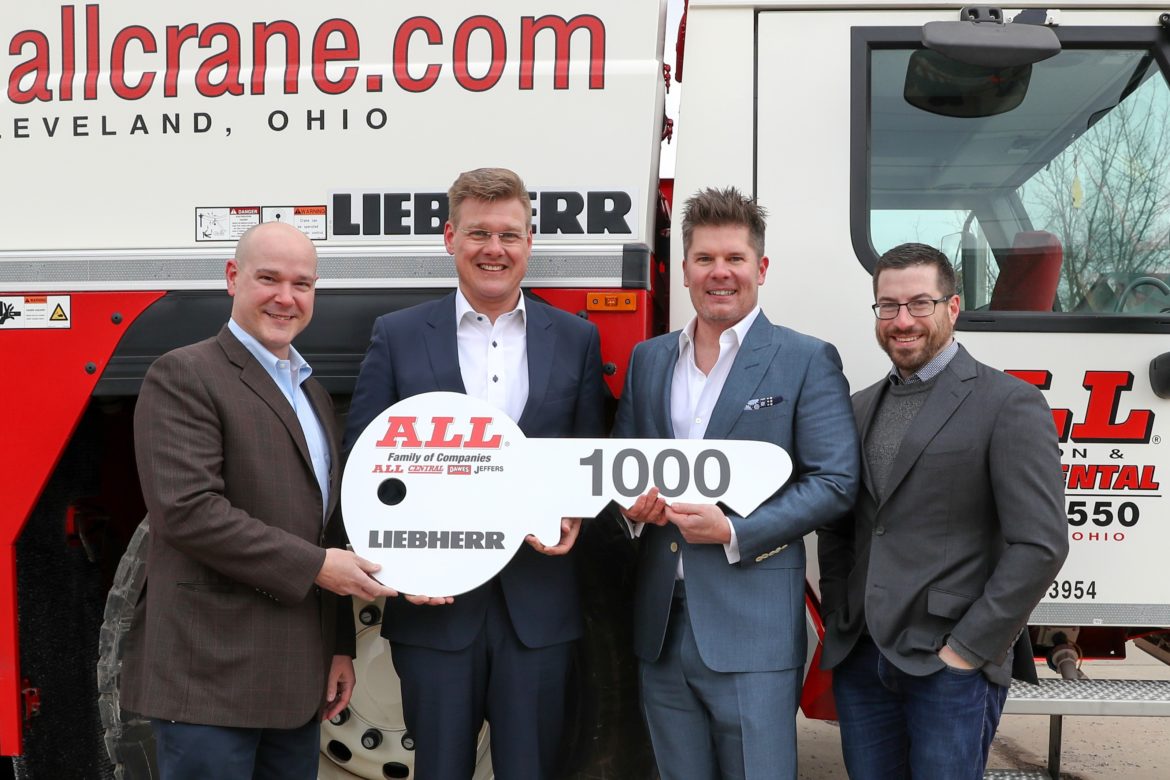 Newport News, VA (USA) May 3, 2019 – Representatives from Liebherr and the ALL Family of Companies recently celebrated a milestone – the handover of the 1,000th LTM 1200-5.1 mobile crane ever produced. Based in Cleveland, Ohio, the ALL Family of Companies is the largest privately-owned crane rental and sales organization in North America, with 36 branches operating under multiple names – ALL, Central, Dawes, Jeffers and ALT. The safety, product quality and flexibility of the LTM 1200-5.1 were major criteria behind ALL’s purchasing decision.

At its launch, the LTM 1200-5.1 was the first mobile crane in the world to feature pneumatic disc brakes. The pneumatic disc brake was installed in the crane axles after joint development between Liebherr and its system partners. Compared to the previously conventional drum brakes, disc brakes delivered improved braking performance and also enhanced braking control and the track stability of the vehicle. Longer maintenance intervals and shorter working times for changing the pads also meant improved economy.

Established in 1964, ALL Crane is a heavy-lift industry leader, offering rental, sales and parts. Their focus includes commercial construction, roads and bridges, power generation and facility maintenance. ALL was founded by three brothers: Michael C. Liptak Jr., Larry Liptak, and Jake Liptak. The brothers, along with Mike’s wife, Marvine, recognized a customer need, bought themselves a crane, and began renting it. Then they grew the fleet with cranes and trucks they bought and sold at auctions, and a family business was born. 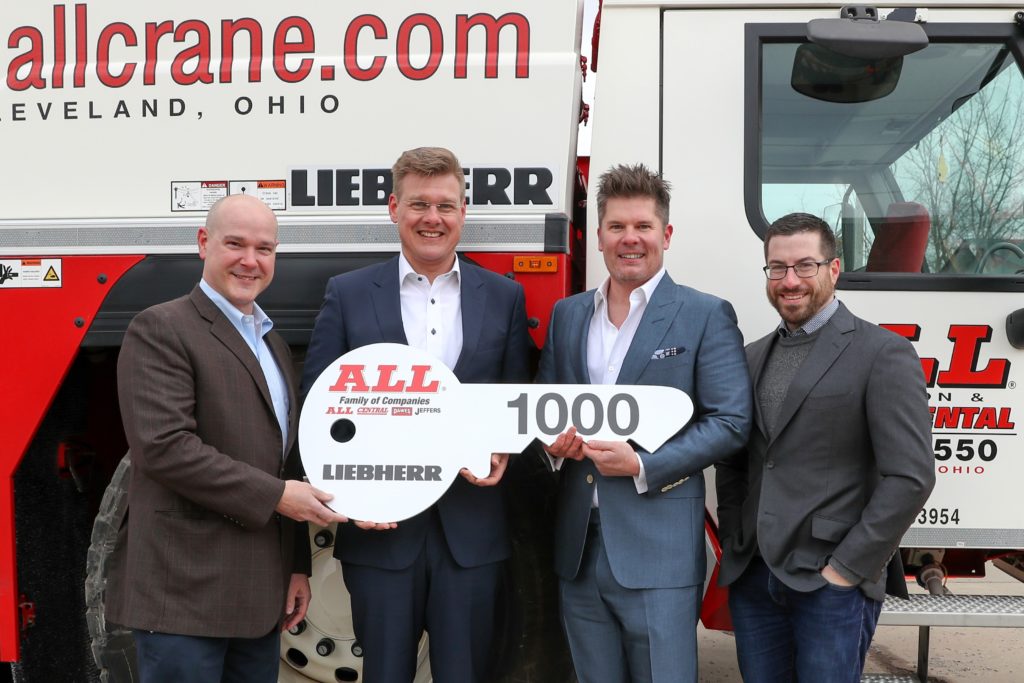 The company founders are still actively involved in core operations. Michael L. Liptak, son of founder Mike Liptak, was named president in 2008. Second and third generations of the family are now in leadership positions, supported by approximately 1,500 employees. “We’re honoured to be receiving the 1,000th LTM 1200 and pleased to celebrate the moment with Liebherr,” said Michael Liptak, president and CEO of the ALL Family of Companies.

“We’re committed to having the best crane rental fleet in the North American market,” Liptak continued. “To that end, we invest with Liebherr because your engineering excellence matches the excellence we bring to customer job sites. We look for equipment that maximizes road-worthiness, mobility, and efficiency. Our partnership with Liebherr is as much about your machines as your people and, in both cases, you help us deliver the right bundle of value, lift capacity, and flexibility — second only to safety.”

1,000th Liebherr LTM 1200-5.1 For All Family of Companies was last modified: May 3rd, 2019 by Ron Selby
all family of companiesall terrain craneCentral CraneCraneNetworkDawes CraneJeffers CraneLiebherrLTM 1200-5.1