Funded by the U.S. National Science Foundation and managed in cooperation with the Government of Greenland since 1988, Summit Station is a scientific platform dedicated to research related to the polar ice core. Operating year-round, the site is located at 72 °36’ North, 38° 25′ West latitude at an altitude of 3,231 m (10,600 ft). With a mean annual air temperature of minus 31° C, that reaches extremes of minus 55 °C, as its name implies, Summit Station is based at the highest point of the Greenland ice sheet. 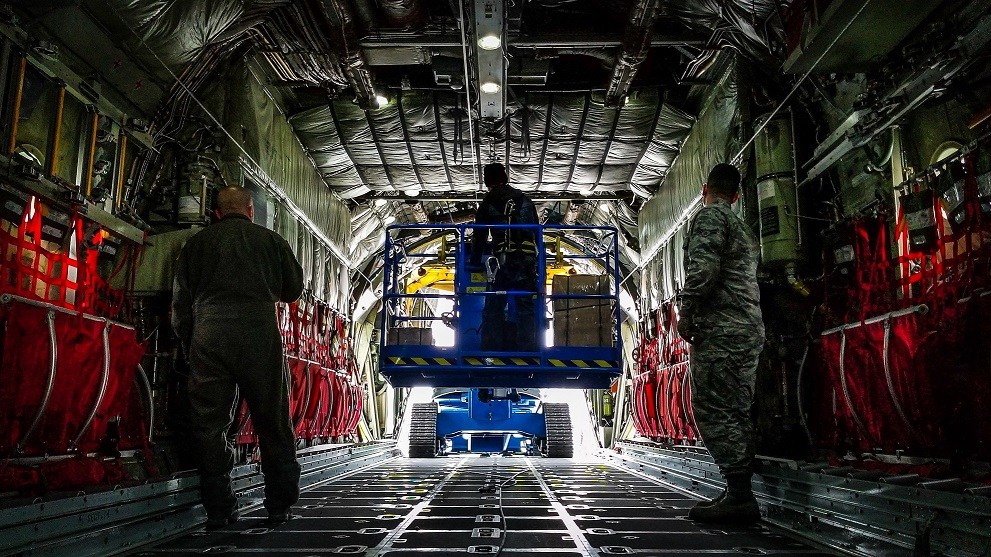 Offering a working height of 15.72 m (51 ft), a horizontal reach of 11.18 m (36 ft 8 in) and a lift capacity of 227 kg (500 lb), unlike traditional “skid steer” designs that have a full length track on each side, the Genie S-45 TraX boom lift features an exclusive four-point track system and patented active oscillating axle system. With four independent triangular tracks at each corner of the unit and a 30-degree steer angle that offers the drive and steer capabilities of a traditional front-wheel steer machine, each triangular-shaped track swivels 22 degrees up and down to maintain ground contact. Thanks to this unique system, the Genie S-45 TraX boom adapts to rough or sensitive terrain and sharp changes in slope, including the break-over angle on many transport trailers. As a result, it offers improved terrainability and maximum power and torque while reducing damage in almost any conditions ranging from soft mud, sand and snow to harder uneven gravel, rock, concrete or asphalt-based surfaces.

And due to Summit Station’s high altitude, the choice of engine was also an important factor. “Combustion engines rely on the right combination of air and fuel to generate horse power. At over 3,000 m (9 842 ft) above sea level, the proportion of oxygen in the air is reduced which can lead to a power loss of up to 30 percent,” says Jorgen Martinsen, CEO, Jøma Lift Teknik A/S. He continues: “To make sure that the machine would operate efficiently in these extreme conditions, improvements to the horsepower output of the machine’s Deutz engine were undertaken.”

“Tracks are king on an ice cap, without them the ice could not support the weight of the machine and we could not navigate the hills and bumps. In addition to fitting on the aircraft that brought it to our site without any modifications, the reach of the Genie S-45 TraX boom is perfect for us,” says Jay. Burnside, Construction and Technical Services Manager, CH2M CPS. He continues: “One of the key reasons for ordering this new machine was the construction of a new sleeping facility built on stilts to avoid snow drifts blocking access to the building. Due to the extreme winter cold, we can only work during the summer season and since we have had the Genie S-45 TraX, it has performed extremely well, saving us the time and inconvenience of setting up scaffold, which is something that we really appreciate in our severe polar climate!” 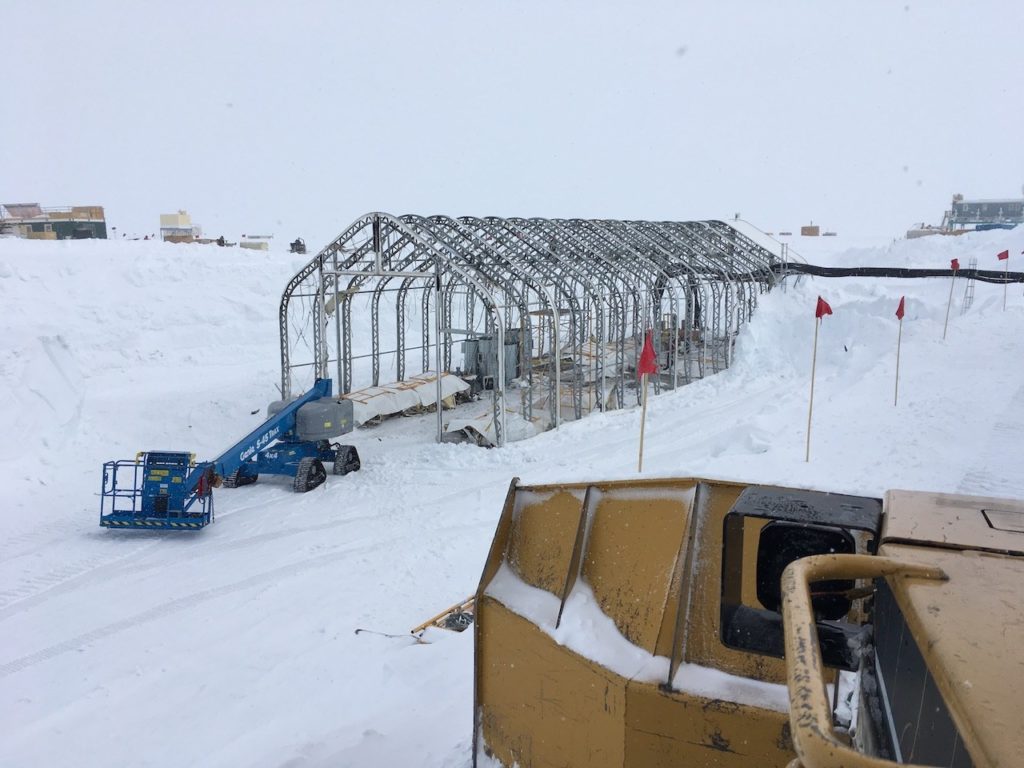 In addition to providing the right equipment solution to meet the CPS’s requirements, Jøma Lift also played an important role in assisting its customer in the administrative and logistics process involved in shipping the machine to the port of Kangerlussuaq in Greenland. followed by its loading onto a rare version of the Lockheed C-130 American military plane specially equipped with skis, before being flown a further 800 km (497 mi) directly to its final destination in June.

“Jøma Lift Technik was the only supplier able to meet each of our specific requirements,” says Jay Burnside. “Jorgen Martinsen, CEO, Jøma Lift, was very helpful during the investigation phase and responsive to the documentation, training and acceptance that were required for a U.S. government purchase.” He continues, “The Jøma team was also very supportive in accommodating our special requirements for engine modifications, emissions, fuel type and shipping, as well as a special cover for winter storage.”

“I can also add that Jorgen and his team were great to work with in regards to professionalism and prompt submission of the multiple forms and documents required for a U.S. Federal procurement,” notes Federal Subcontracts Professional Angelica Huffman. “Jorgen offered solutions to shipping logistics and helped me, as the contract administrator, to figure out how to coordinate the inspection to align with both our payment terms and Greenland’s Aalborg port requirements.”