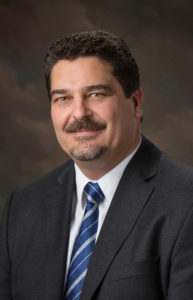 Don Moore, vice president of engineering for Link-Belt Cranes, has announced his retirement, effective Dec. 31, 2017.  Moore began his career at Link-Belt in 1977 in Cedar Rapids, Iowa, where he was an associate design engineer in the tower gantry crane product group. He then moved to the lattice-boom crawler product group and was later promoted to senior design engineer.

In 1986, Moore moved to Lexington, Ky., with the transfer of lattice products, and he has since been involved in management of lattice and telescopic crawler products, as well as overseeing product safety, testing, and technical publication functions. He began his current position as vice president of engineering in January 2012 and assumed responsibility for all design functions.

On Jan. 1, 2018, Richard Shultz will take over as vice president of engineering. Shultz began his career at Link-Belt 27 years ago as an associate design engineer. He then led the telescopic products for 14 years, before becoming director of quality in 2016.