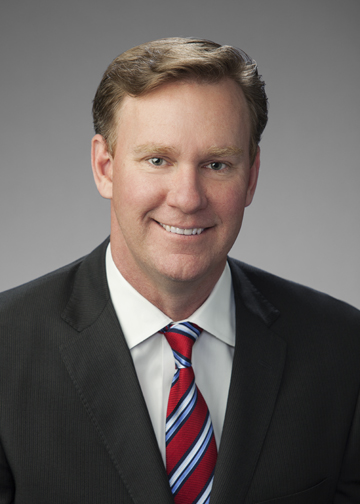 This week’s Five Minute interview is with Mike Appling, CEO of TNT Crane & Rigging. Founded in 1985 with one 18-ton crane, TNT Crane & Rigging Inc. is one of the largest crane service providers in North America. Today, it has more than 40 branches, 650-plus cranes with capacities up to 1,300 tons, and 1,500 employees. Here, Appling discusses trends for the company and the markets it serves.

From an expansion standpoint, in the last year we’ve opened up Lake Charles, La., Freeport, Texas, and Edmonton, Alberta, which have all kicked off with a reasonable degree of success. We’re definitely looking at 2017 as a growth year over 2015 and 2016.

Where have you seen the market pick up?

Oil and gas. Most of the markets have been pretty healthy and steady now for a number of years. The oil and gas market was terribly in the tank in 2015 and 2016, which is no surprise to anyone. I would not say we are back to a healthy oil and gas market, and there is still a lot of undisciplined competition. In some respects, they have no choice—they have more cranes than they have work—but we’re definitely seeing enough activity to absorb that.

Where does oil and gas have an effect?

If you look at the rig count, right now the U.S. is running about 900 oil rigs, and roughly 400 are in the Permian Basin/Midland area. That is definitely the hotter area. We’ve also gone from something like five to 20 crane companies that were competing within the Permian, so that keeps a lid on things, so to speak.

What would it take for the U.S. crane industry to come up to full speed?

The rig count increasing to 1,200 or 1,400, and having an average oil and gas market rather than a fairly slow one would be helpful. You need RTs for construction, you need crawlers to move rigs, and you need the all-terrains to do the completion work. It’s a fairly large market that is not performing up to speed at any stretch.

It is improving, but it is growing very modestly. It is still way behind what needs to be spent, particularly when you’re talking about highways and bridges. We need Congress to figure out what they are going to do with a long-term spending bill, then actually fund it. Then you can see some legs in that market as well.

Did TNT make any big buys at ConExpo?

With the RMS Cranes group, we bought a Potain MD 559 tower crane and a Kobelco CK1110G 110-ton lattice-boom crawler crane. We don’t typically purchase at ConExpo. We’ve bought a fair amount of Liebherrs and Groves this year in varying sizes—we’ve concentrated on the 120 to 265 ton all-terrain crane for our main purchases—but we don’t typically shop at ConExpo.

We’re generally an all-terrain company. We’ve grown our crawler division from roughly 12 crawlers to 47 over the last couple years. When we teamed up with RMS in 2015, that got us into tower cranes. I don’t know the exact numbers, but we may have gone from 20 tower cranes to 30. Those are still relatively small pieces in our fleet. We are still primarily a mobile crane company.

Do you see an expansion with towers and crawlers?

We’re definitely going to continue to expand the tower crane and crawler crane pieces. Both have done well. Some of the larger crane companies out there have a lot more rough terrains and crawlers than they do all terrains, and I tend to see us much more leveraged on all terrains than anything else. For example, if we got that down to 50% and crawlers up to 20-25% and tower cranes up to 10-15%, you’re talking about a lot of potential growth in both of those groups.

Using Models in Rigging Training – Plus, a Rigging Quiz