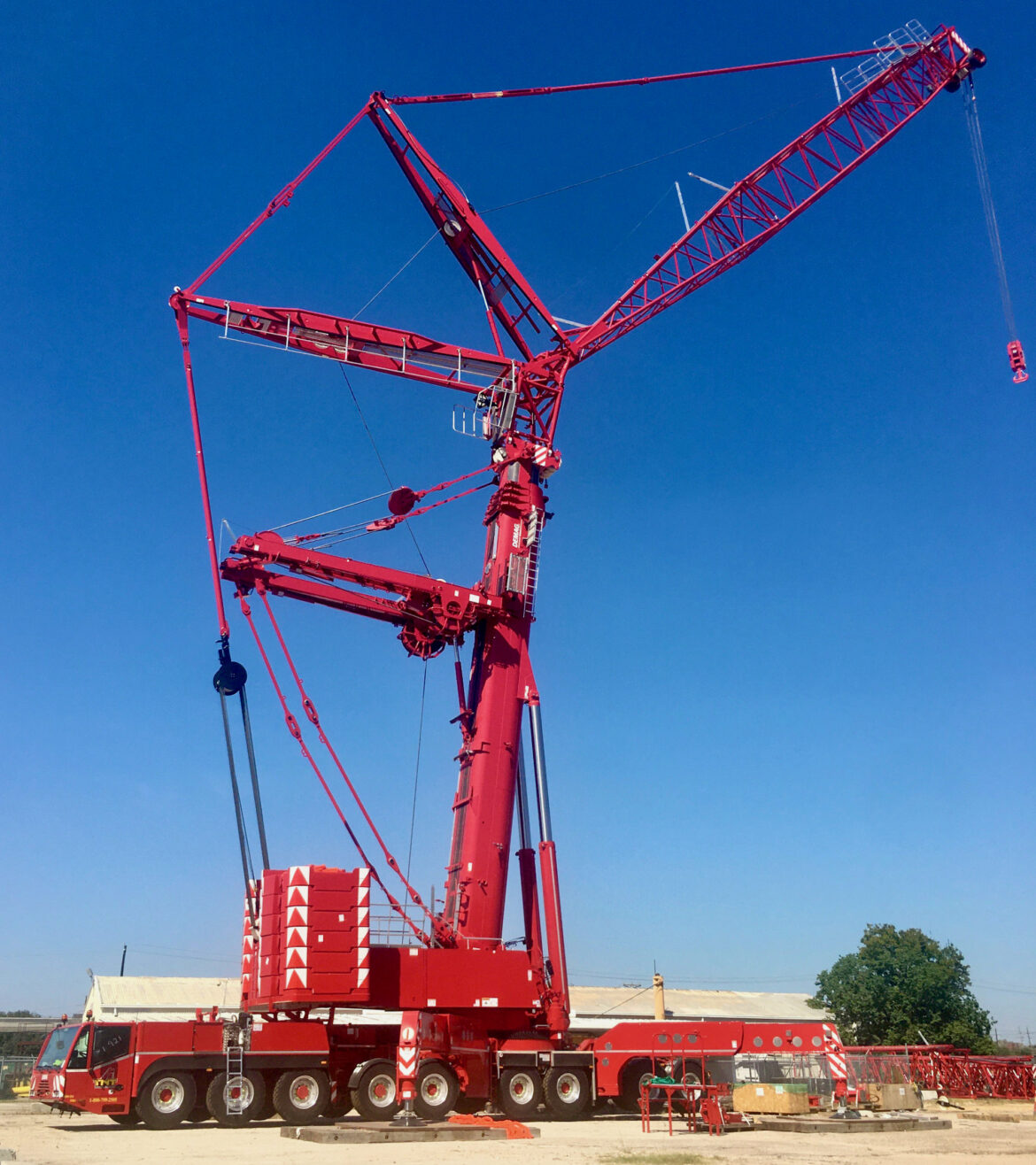 Houston, TX – October 28, 2021 – CraneWorks, Inc., the #1 Demag all terrain crane dealer in
North America, is excited to announce the company’s sale of a Demag AC 700-9 all
terrain crane to TNT Crane & Rigging, Inc. TNT upgraded one of their AC 700-9 800-
ton cranes to a new version that includes numerous safety and operational
improvements. One highlight is the crane’s industry-leading IC-1 Plus control system,
which automatically calculates the crane’s capacity on the fly, accounting for multiple
outrigger and counterweight configurations.

Manufactured in Germany by Tadano Ltd., the crane has a 196.8’ main boom and 497’
maximum tip height. The AC 700-9 is so capable and dependable that it is TNT’s
go-to crane for large jobs in tight areas, with three models now in their fleet.

“The mobile AC 700-9 crane is one of the most powerful telescopic cranes in the 800-USton (700-tonne) capacity class that can be transported with its complete 196-ft (60-m) main boom at an axle load of 26,455 lbs (12
tonnes),” said Dan Melnyk, Director of Sales, Tadano America Corporation. “The crane
has increased versatility with its compact design being 1.3m shorter than its
competition in machine length, in addition to sporting the shortest tail swing in its
class at 7.5m vs 8.33m. These features enable the AC 700-9 to have great
maneuverability on jobsites that require short turning radii. The AC700-9 has been
proven on wind turbine and tower crane erection, general construction, and bridge
building, in addition to refinery and power plant infrastructure jobsites.”

“The CraneWorks team did an awesome job helping us secure and deliver our new AC700,”
said Kevin Lawson, Vice President of Operations at TNT Crane & Rigging. “They were there
every step of the way to assure the commissioning process proceeded smoothly and we
were able to put the crane to work with no issues.” “The crane was picked up on a Tuesday
morning, TNT’s expert crew had it fully assembled in multiple configurations and
certified by Saturday evening, and it went straight to work the next week,” said Randy
Harris, the CraneWorks salesman who oversaw the transaction. “There aren’t
many machines this size that go from sitting in crates to the jobsite that quickly.
It’s a credit to Tadano Demag’s engineering, to the service techs from Tadano and CraneWorks who were onsite for handson support, and to TNT’s unparalleled knowledge of the AC 700-9 that the crane was workready so fast.”

“We deal with trade-ins every day, but I can’t remember the last time someone asked us to
sell them the same model they were trading in. It was exciting to work with the crew over at
TNT on this project, especially since it was the largest all terrain crane we’ve ever sold,”
said Keith Ayers, CEO of CraneWorks. “Tadano America continues to be a fantastic partner
in the process. We’ve sold dozens of Demag and Tadano cranes over the years, with more
on the way including 120-ton, 245-ton, 500-ton, and 600-ton models.