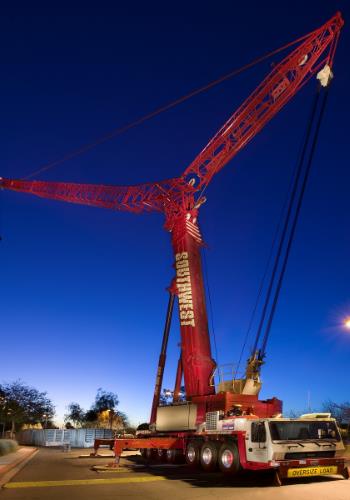 Crane rental agreements and the laws governing them have been undergoing change since the early 1960s and have undergone extensive revision in the past 25 years. After all that time, you’d think they’d be clear and easy to understand. Not so. Perhaps the murkiest area is that of indemnification, which spells out who’s responsible and the extent of their responsibility in the event of an incident.

Suppose you have rented a crane. Ground conditions prove unable to support the crane’s outriggers and the crane topples, resulting in injuries to workers and property damage. This is going to be costly for someone; will it be you?

That depends. You may be in a 25 percent state. If your culpability in the incident is determined to be not more than 25 percent, you pay only to the limits of that percentage of fault. If it’s more than 25 percent, you may be required to pay it all. You may be in a state where at even 1 percent fault, you can be held responsible for a disproportionate share of the loss, perhaps all of it, based on your ability to pay relative to the ability to pay of the other parties involved. You may be under so-called “pure” rules where you pay strictly based on your percent of fault no matter how high or low that may be, regardless of your ability to pay. And what if you rented the crane in one state and were operating in another? Which state’s laws apply? That also depends and now depends on the statutes in two states, not just one.

Robert Moore, risk manager and general counsel with H.K.B., Inc., dba Southwest Industrial Rigging, will present an education course at CONEXPO-CON/AGG on crane rental agreements. He will break down the topic into six components. Here’s a glimpse of three of those components.

Moore will cover these topics in far greater detail and will also cover three additional topics essential to ensuring your crane rental agreements give you maximum protection under current law. Even armed with this knowledge, contractors are advised to have their internal policies and insurance coverages reviewed at least annually by an expert in crane rental agreements for the state or states in which they operate.

And finally, make sure you’re following the crane contracting process of executing daily work tickets before the first pick takes place. The master services agreement or subcontract from the general contractor is a preliminary effort to provide by upper tier contractors with indemnity; this is commonly not allowed by state statutes. Work tickets counter these efforts by defining the responsibilities of the lift director as a controlling entity for ground conditions and other factors affecting safety. “This protects crane owners’ interests from hazards over which they have little or no control,” says Moore