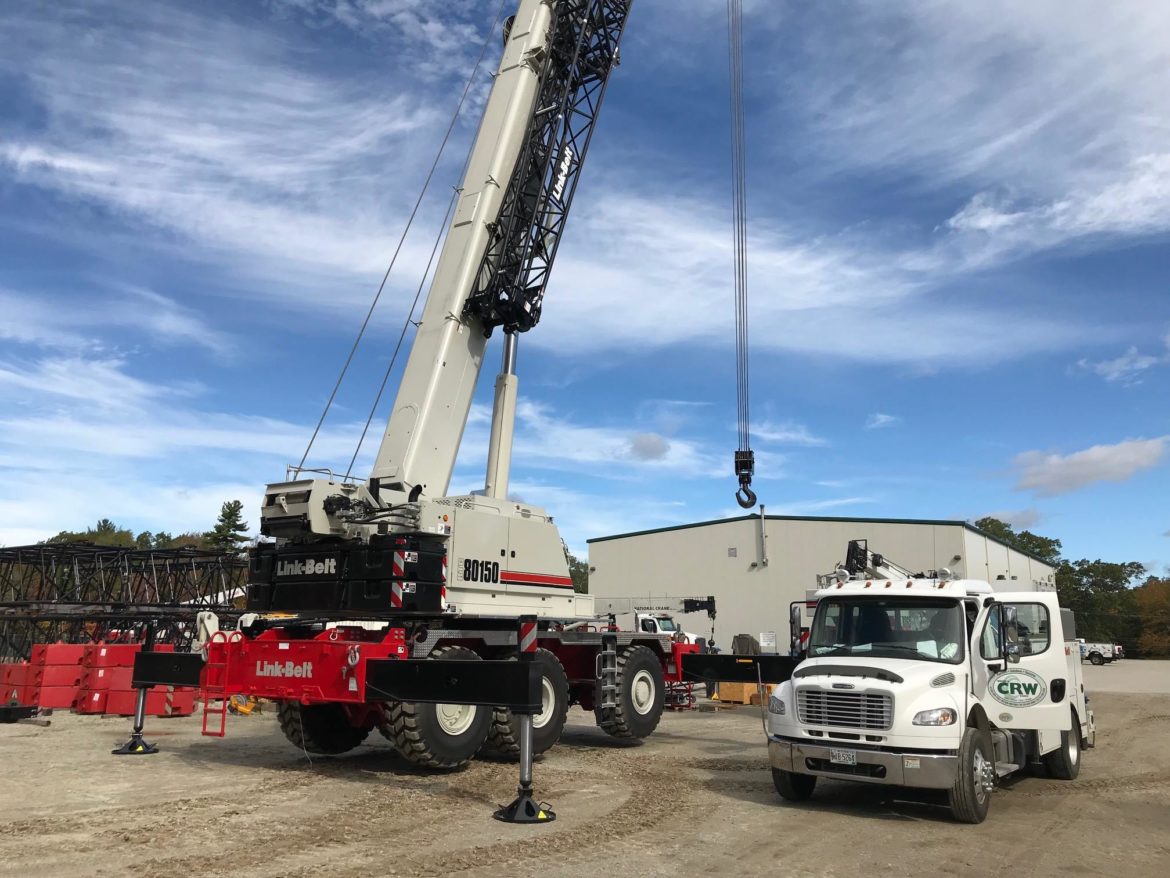 “We have had great success with our three-axle, 100-ton unit,” said Mike Winkler, company president. “The carrier on the new 150 is virtually identical so we know it’s easy to move, easy to setup, and simple to operate. This will allow us to compete with ATs of similar capacity, but with the ability to fit into a smaller footprint.”

Winkler said he likes the three-axle RT design for their ability to move the crane around the site fully loaded with counterweight. “Most cranes that are 100 tons or more, you have to break them apart in order to roll around on the site,” he said. “You can move around the site [with the RTC-80150] without having to break it down.”

He said he also likes the hydrostatic transmission on the three-axle Link-Belt RTs. “We have plenty of power, and you don’t worry about tearing apart driveshafts,” he said. “It seems simpler.”

Winkler added that the rough-terrain crane can mobilize with three loads and have its boom in the air in less than an hour. The unit can be moved with its full counterweight once it is on site. “It will also be a more affordable option for my customers vs. an AT,” he said.

Grove GRT655 at the Riverwalk Project in...