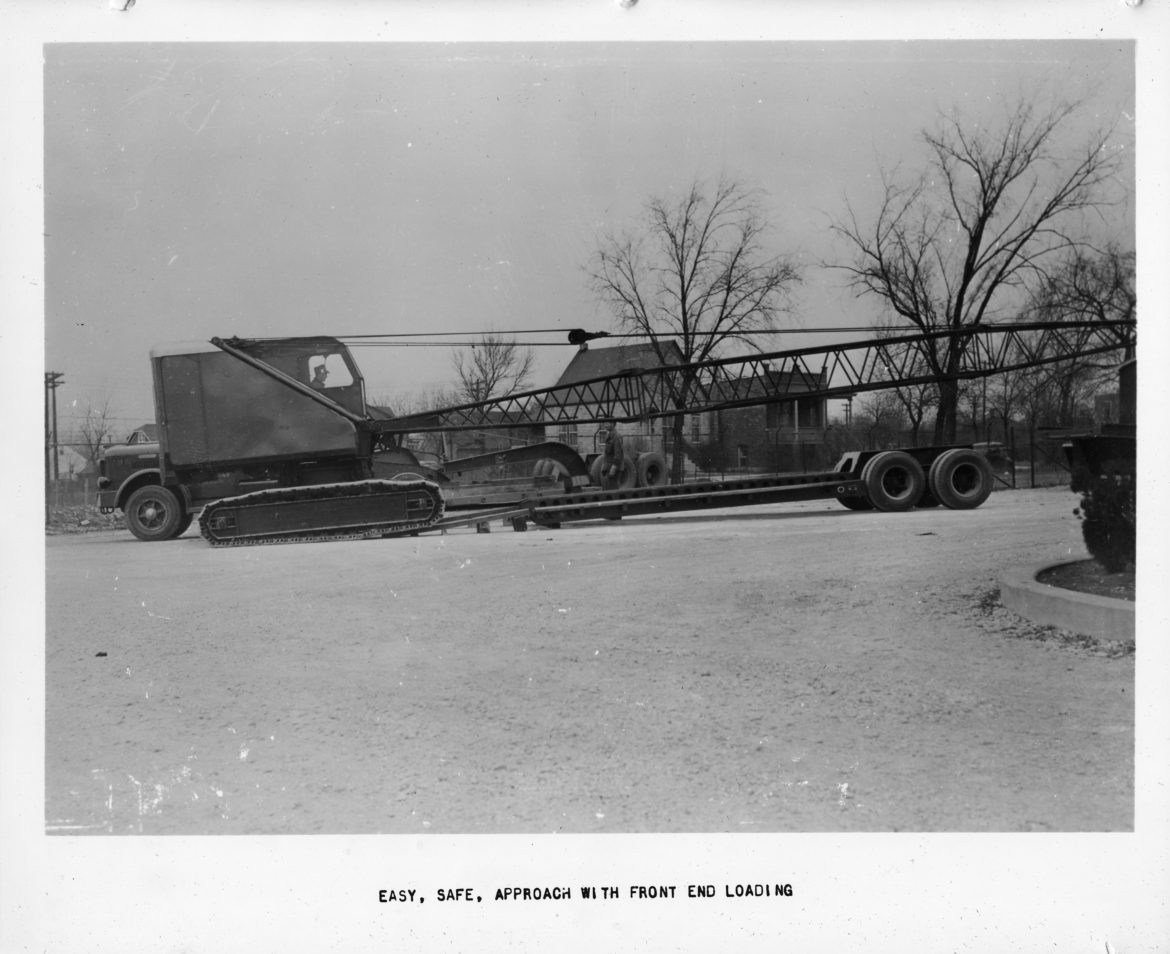 Talbert Manufacturing is celebrating the 70th anniversary of its mechanical gooseneck patent, which was developed by Austin Talbert, engineer and founder of Talbert Construction Equipment Co.

Talbert Manufacturing was originally established as Talbert Construction Equipment Co. in 1938, in Lyons, Illinois. It served the Chicago market with crane and construction equipment rentals and heavy haul transport services. But it was not until the advent of the first mechanical, detachable gooseneck trailers in 1946 that Talbert had its claim to fame. The product was patented in 1947 and entered the Canadian market in the 1950s.

The mechanical gooseneck revolutionized trailer loading by eliminating the need to drive equipment up and over the trailer tires. The design not only enhanced operators’ safety, but it also saved contractors time and hassle.

Austin Talbert continued this trend when he designed and patented the industry’s first hydraulic removable gooseneck 15 years later. The hydraulic gooseneck offered the same safety benefits as the mechanical unit, but could be removed in as little as two minutes, much faster than the mechanical model.

“The mechanical gooseneck is still a popular choice for owners who do little equipment loading and offloading and need to minimize weight,” said Troy Geisler, Talbert Manufacturing vice president of marketing and sales. “When it comes to multiple offloads, as often as two or more times per day, the time savings of a hydraulic gooseneck really adds up.”

In addition, the hydraulic gooseneck has virtually eliminated injuries and fatalities associated with railroad track hang-ups due to the trailers’ low clearance. Drivers can adjust the ride height to a variety of positions, enabling them to negotiate tracks as well as other obstacles, such as bridges.

Talbert patented several other heavy-haul trailer technologies that improved safety and efficiency, including the first removable rear suspension that allowed for safe rear loading and the hydraulically steered and suspended trailer for navigating tight turns with longer, over dimensional loads.