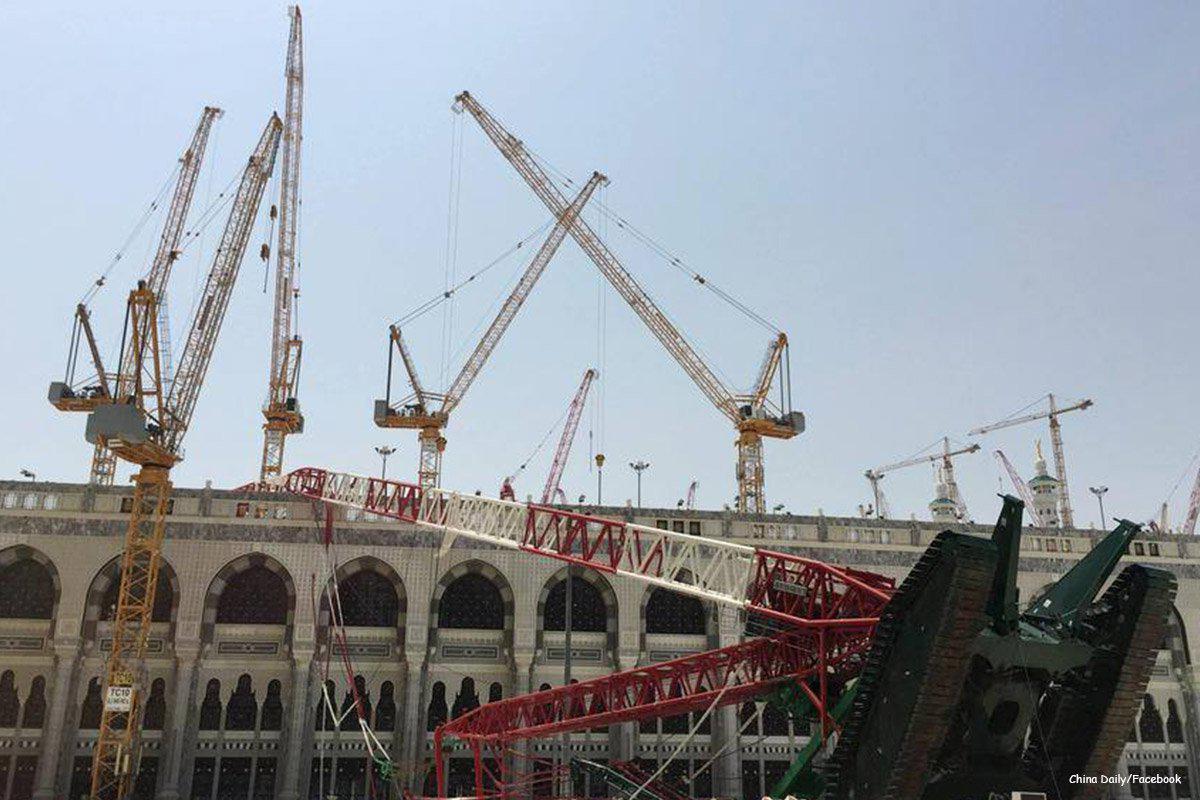 Image of the construction crane that crashed in the Grand Mosque in Mecca, Saudi Arabia September 12 2015

The crane that collapsed on the Grand Mosque in Mecca in September 2015 killing 120 people was operating without a licence, Saudi Gazette reported.

Giving evidence at the Jeddah Summary Court as a part of its investigation into the tragedy, an engineer said the crane was operating without the necessary licences.

The Saudi Binladin Group, which is involved in the Haram expansion project, owned and operated the crane. Workers who operated the crane did not know how to operate it and were given no training prior to doing so, the investigation has revealed.

Additionally, they had no idea that the instruction manual that was supposed to be given to them prior to operating the crate even existed.

The Saudi Binladin Group said Saudi courts have no right to look into the case as only the Civil Defence Council (CDC) has the right to do so.

The court will hold a session today in its new headquarters in Mecca to rule on the company’s objection to its authority.

Historic ‘Mexico bridges’ are back where they belong