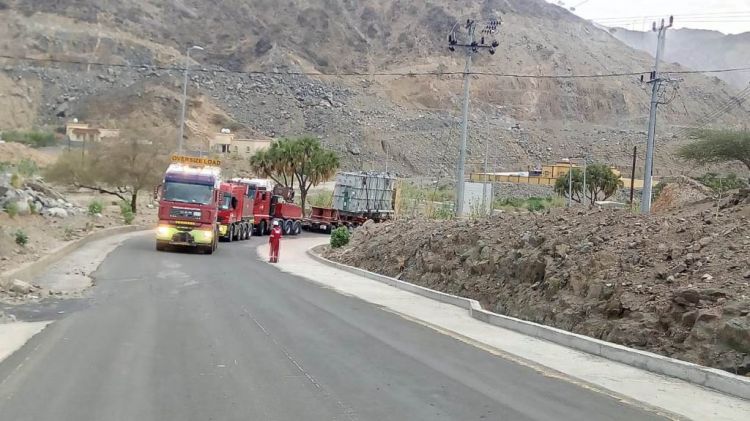 ALE executing one of the most complex and challenging transport projects the company has ever attempted in Saudi Arabia.

ALE has demonstrated its first-rate routing, logistics and engineering capabilities whilst being the first heavylifting company to complete a challenging 2,000km route through the mountains in Saudi Arabia.

The global heavylifting contractor was tasked to deliver two transformers, weighing 75t each, to Al Farsha Substation in the south west of Saudi Arabia. As the route was so complex and had never been attempted before, the client tasked
ALE with finding a feasible solution for transporting the transformer to the power station. Previous attempts had been made by other companies, but was deemed infeasible so it only reached Baish, 700km from Jeddah.

After extensive engineering designs and route feasibility studies, ALE provided the client with a solution that would not only ensure that transformers reached site safety, but also adhered to project schedule and cost requirements.
The final route selected presented many different challenges, such as traversing across 13 cities and towns, climbing to a high-altitude height of 2,500m, descending 1,500m downhill through mountainous passes, negotiating 21 tunnels, performing civil works and working in unpredictable bad weather conditions, while ensuring the
safe delivery of the cargo. 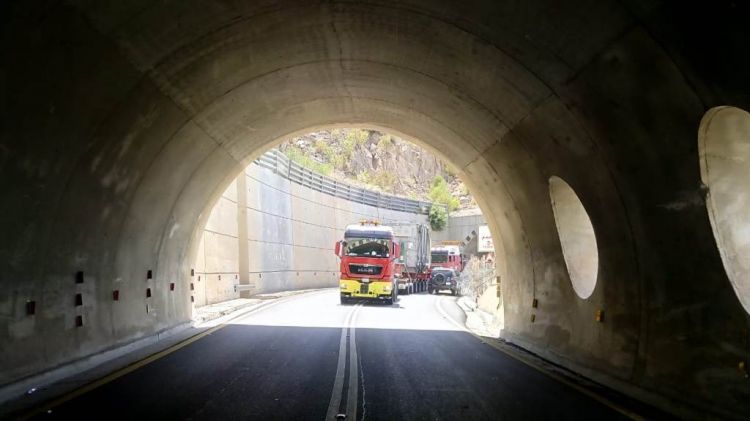 Navigating one of the 21 tunnels on the route

Maxwell Sampson, Operations Manager for ALE, explained the challenges involved in this project: “This project really shows ALE’s routing capabilities; we sought a smart, feasible solution and acquired the necessary approvals, prepared the civil works and overcame the challenges of the route in a safe, time and cost-effective manner. This is a huge achievement as we completed what others could not and I want to thank the team involved for their determination and hard work in making it happen.” Within 11 days ALE had transported both transformers safely to site, covering the distance of 2,000km and confronting all obstacles with ease, using local knowledge to meet and exceed the client’s expectations. The client issued an appreciation letter to ALE, in thanks for the commitment in completing the operation safely.

The next stage involves the installation of the transformers on site.