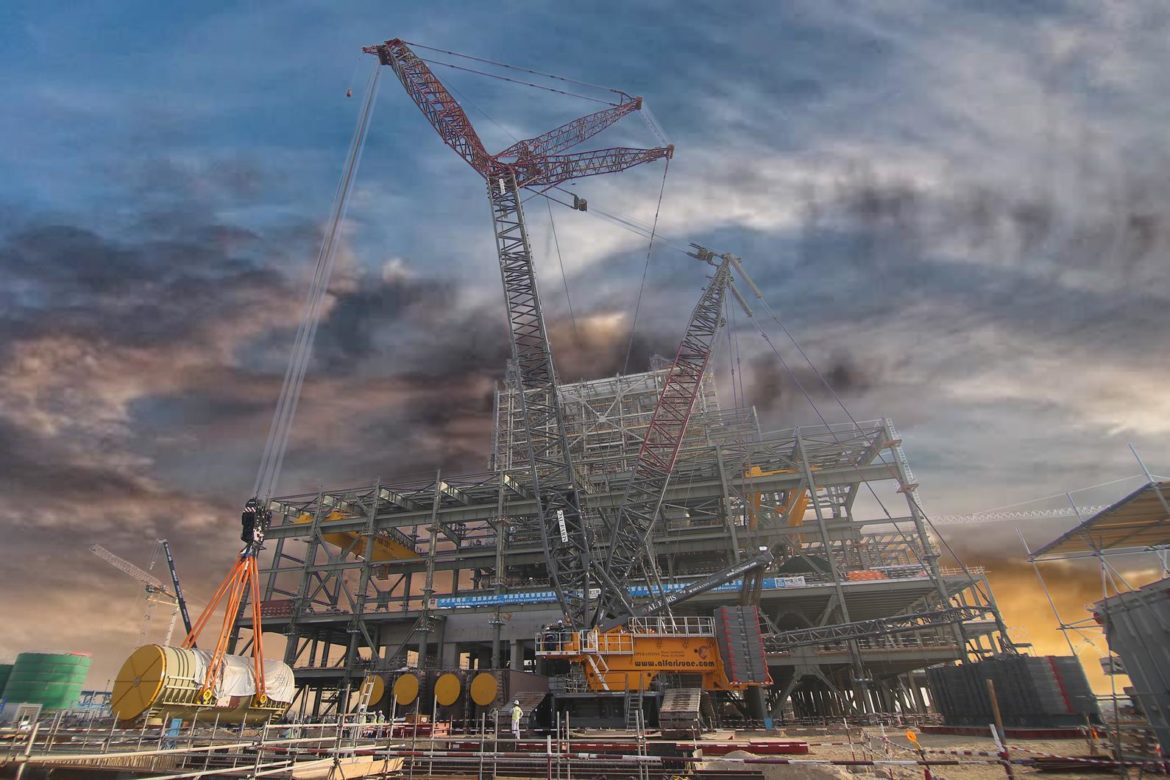 Al Faris was recently awarded a project at a power plant in Dubai. The project included 12 heavy lifts of various sized generators, the largest weighing 404T which were to be lifted in confined spaces between structures. 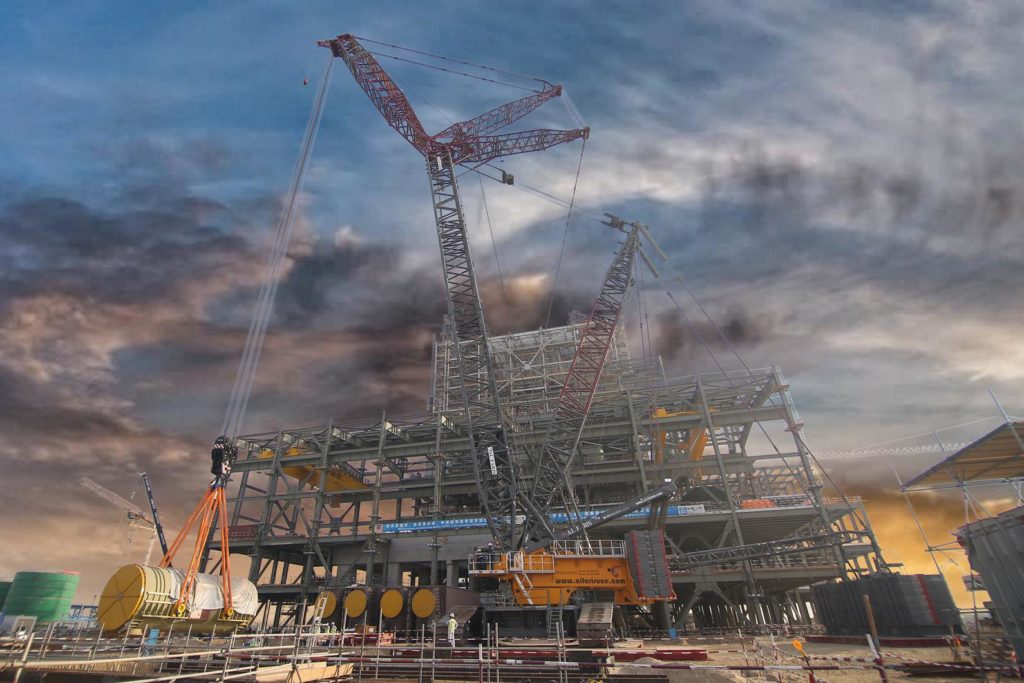 After careful consideration and calculations, the Liebherr LR 11000 lattice boom crawler crane was considered the most suitable to safely carry out the heavy lifts. The cranes strength and capacity along with its various boom configurations makes it the most ideal and efficient crane for demanding heavy lifts at heights. 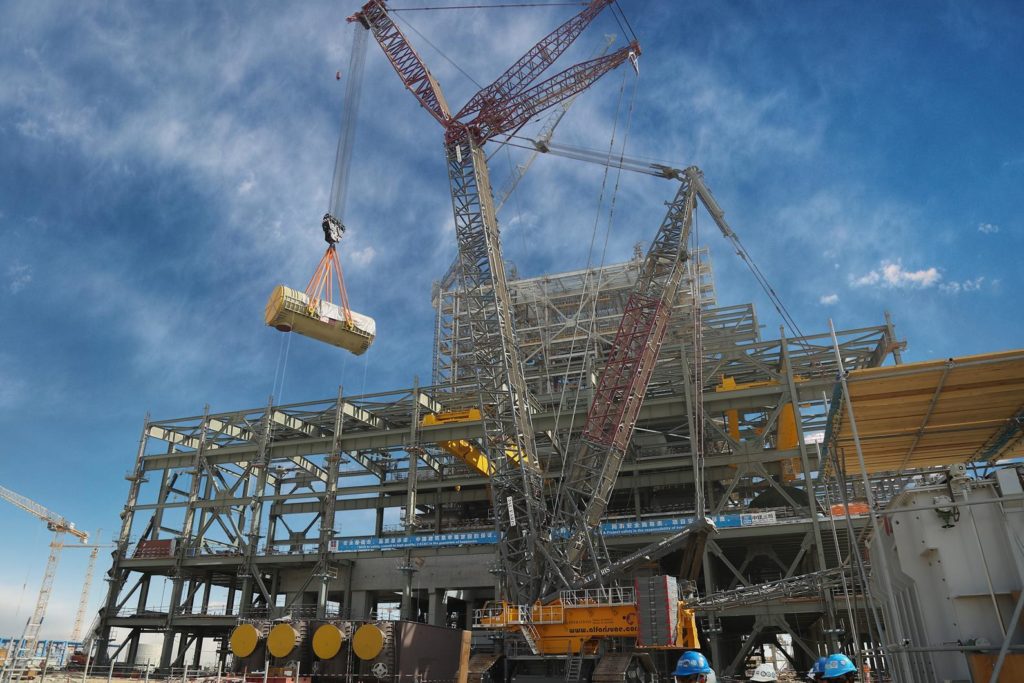 Execution was planned and carried out by our trained operators. All technical support documentation, execution plans and schedules were prepared in-house that helped organize all activities from beginning to end; this allowed for minim delays and ultimately safely lifting the generators in confined spaces. We also provided a strong commitment and focus to adhere to best HSE practices on site which was discussed in detail with the client prior to the commencement of any operation. 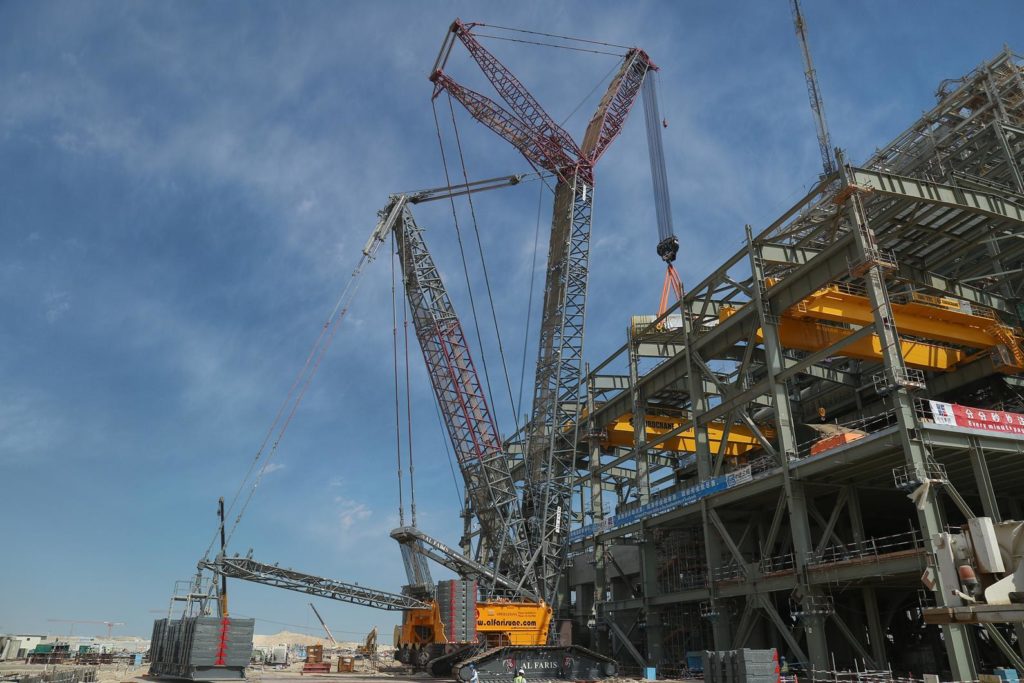 Liebherr LR 11000 lowering one of 12 generators

Prior to the final lift, the crane was assembled with the required ballast weight and slinged with the heavy duty webbing belts planned to be used and detailed in the lifting plan. Our competent team of Planning engineers, Heavy lift managers and Supervisor were all present on site to ensure a safe and undisturbed lift with great efficiency.

The big powerhouse – Our 1000T crawler crane was used with SDWB2 configuration (main boom – 48.0m, luffer – 30.0m) while lifting the 404T generator which was one of our most impressive heavy lifts by a single crane.

The entire execution included lifting of the generator from the hydraulic trailer and maneuvering the crane with the load towards the foundation which was approx. 10m distance away to achieve the planned radius. The load was then hoisted to a height of 30m and rotated over a high rise steel structure and slowly lowered to approx. 15m within the narrow space between the steel structures to the foundation level. The final alignment of the load was done by coordinating with the installation team. A similar lifting procedure was followed to safely lift the remaining 11 generators.

Overall the client was very satisfied with the project execution and plan.