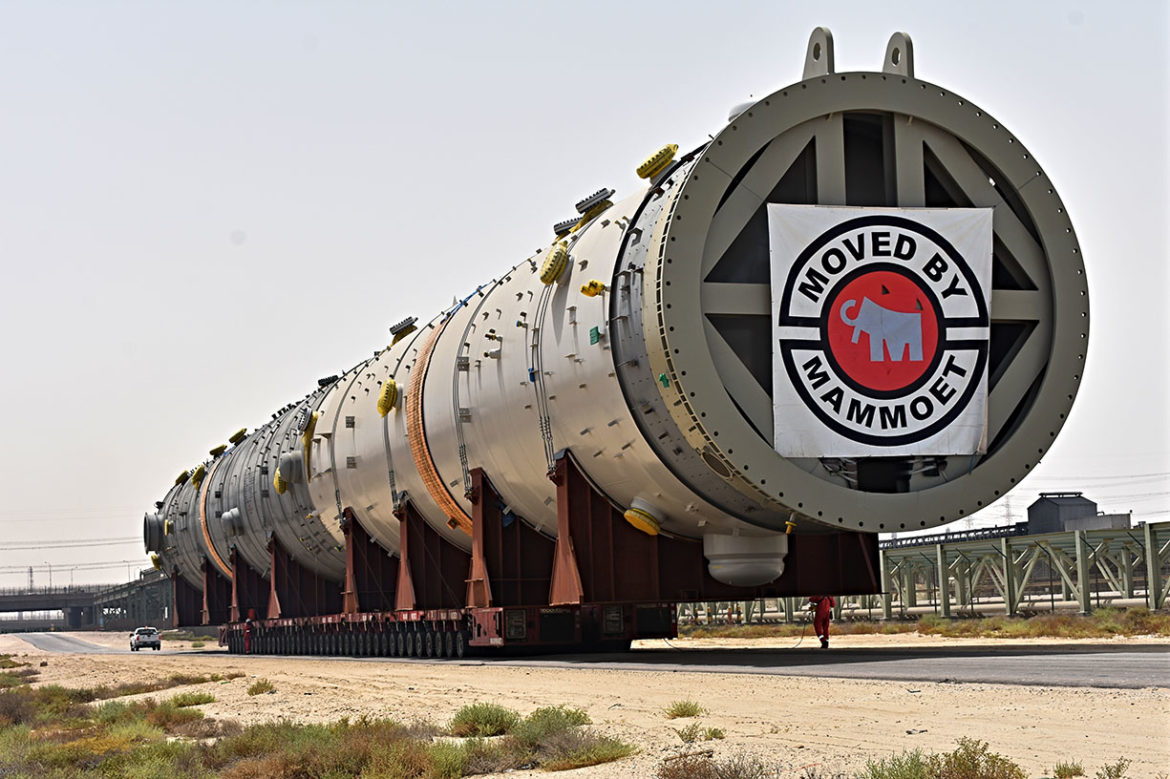 Samsung Engineering has contracted Mammoet, the global leader in engineered heavy lifting and transport, to transport and install 49 modules for the construction of Jubail United Petrochemical Company’s Ethylene Oxide–Ethylene Glycol (EO/EG) plant in the Kingdom of Saudi Arabia. Following its completion in 2020, the plant is expected to produce 700,000 metric tons of ethylene oxide–ethylene glycol per annum.

It will significantly diversify the region’s economy, contributing to the Kingdom’s national transformational programme – Vision 2030 to move beyond the export of crude oil and natural gas.

Mammoet’s scope includes weighing, transporting and installing the various modules along with associated port handling and custom clearance activities. The transport phase was approached with careful planning and preparation to minimize any risk to the project’s schedule. Mammoet worked closely with the Saudi Traffic Police to minimize disruption to local roads and obtained all required permits from the Royal Commission and the High Commission for Industrial Security well in advance.

The modules include eight pipe rack modules, ranging in weight between 450 and 650 tons and a 2000-ton wash tower. The pipe rack modules were transported from the client’s yard to the site using 56 axle-lines of SPMT. Once on site they were carefully set onto foundations. The 2000-ton wash tower, measuring 101m x 10.8m x 11.4m, was received at the King Fahd Industrial Port and staged at Mammoet’s yard within the port for custom clearance and weighing. It was then safely transported nine kilometers to the project site using 76 axle-lines of SPMT. The transport of the remaining modules and installation activities will continue through to December 2019. Mammoet has been present in Saudi Arabia for over 40 years, with its first project carried out in the 1970s. Since then the branch has handled a wide range of prestigious projects in the Kingdom, providing transport and lifting services for clients in the power, petrochemical, civil and infrastructure sectors.