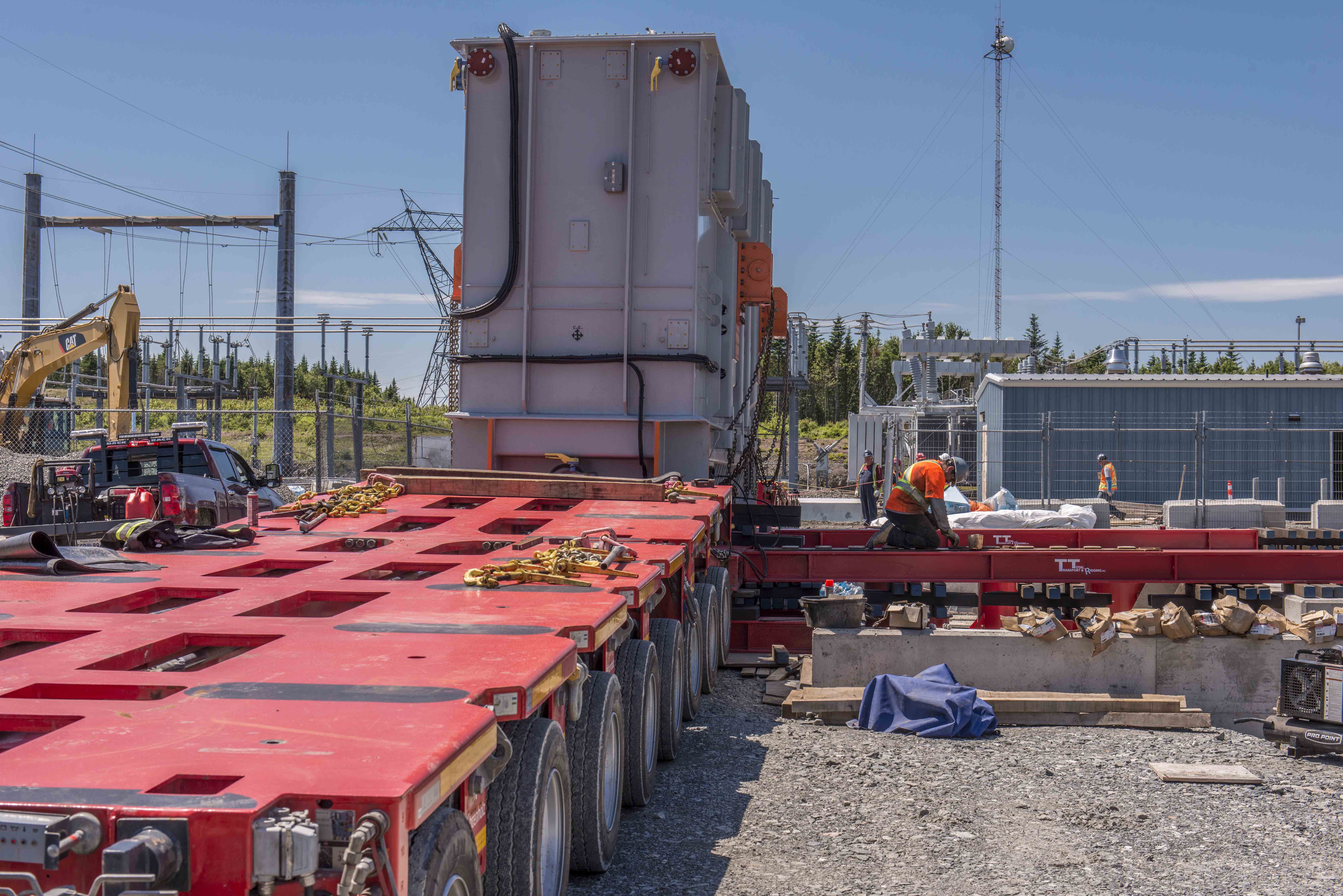 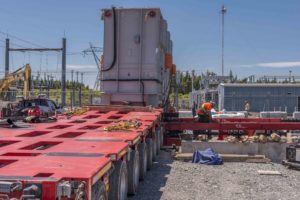 Canada’s 500-megawatt Maritime Link project will enable the transmission of clean, renewable, and reliable electricity from Newfoundland and Labrador to Nova Scotia and beyond. It is part of a larger strategy to address the growing demand for renewable energy. To progress the project, Total Transport & Rigging Inc. (TTR) recently supplied hydraulic skidding systems and other Hydra-Slide equipment, including two LP400 low-profile hydraulic skidding systems, a number of jacks, and a 500-ton capacity turntable.

The LP400s, which are capable of pushing loads up to 400 tons, were used by deugro Inc. to support the move of seven ABB Canada transformers for the Maritime Link project and set them on foundations at sites in Nova Scotia and Newfoundland. These low-profile slide systems moved four transformers (three weighing 160 tons and the other 203 tons) in Woodbine, Nova Scotia, and three 160-ton units near Bottom Brook, Newfoundland.

Jason Jenkins, vice president at TTR, said the Hydra-Slide equipment was key to final positioning of the transformers, which had already traveled by ocean vessel and road. “Ensuring the integrity of the load and minimizing risk of damage to the cargo is paramount, as is the safety of all personnel involve

d and the public,” he said. “We even had to write to the authorities to begin the approval process to get a few kilometers of the Trans-Canada highway shut down so we could transport the units up the wrong way of the road. Once our transport vehicles had covered large distances, the LP400s were used for precise and final positioning of the heavy loads.”

Janine Smith, vice president at Hydra-Slide, said: “The LP400’s patented low-profile, hand-portable design permits its use in most situations where a high-capacity skid system is required, but where space or access is limited. A total height of less than 2 inches (51mm) reduces jacking time and is ideal for the environments presented by the Maritime Link project.”

The LP400 has recently been replaced by a newer model, the LP350, with similar features and a series of design improvements. The most notable improvement is the graphite-steel slide surface, which replaces the ultra-high molecular weight polyethylene (UHMW) pads. The LP350 is capable of pushing loads up to 350 tons (310 tonnes).