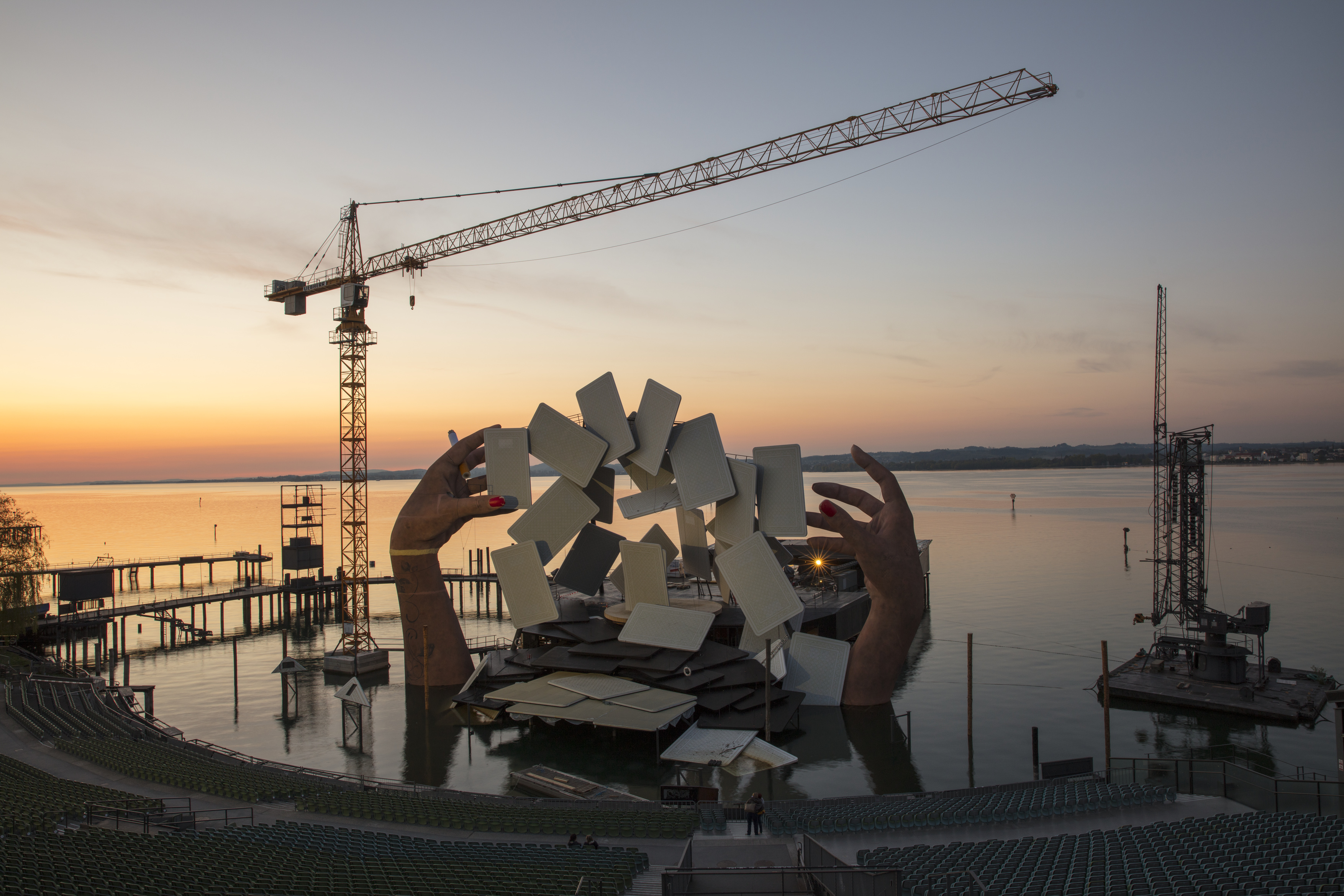 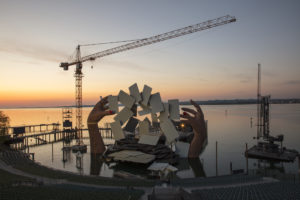 Two Liebherr tower cranes were used to build the set for the opera, “Carmen,” at the Bregenz Festival in Austria. Construction began on the Lake Constance platform last fall, and stage designers used a Liebherr 154 EC-H 6 Litronic tower crane and a 71K self-erecting crane to build the 43 meters wide by 24 meters high stage. The set featured two over-sized female hands made up of 190 parts each, a steel frame, and 59 cards as the backdrop. Each card was 30 square meters and weighed 2.5 tonnes.

The larger 154 EC-H 6 Litronic was mounted on pilots next to the lake platform at the end of August 2016. These wooden piles are rammed into the bed of Lake Constance and form the foundation for the crane. The undercarriage of the top-slewing crane was mounted directly on the pilots. Working until the end of April, the tower crane had a hook height of 33 meters, had a maximum radius of 60 meters, and a maximum lifting capacity of 6,000 kg. The precise positioning of the individual parts was important when erecting the stage, and the crane provided the Micromove fine-positioning mode to make this happen.

The Bregenz Festival also has a permanently installed Liebherr 71 K self-erector, which has been used to construct the scenery since 2000. The 71 K is mounted on a 15 meter by 13 meter pontoon, so it can be floated easily to where it is needed. The crane operates safely, despite the movements caused by the surface of the water.

Georges Bizet’s opera, “Carmen,” will be performed on the Bregenz lake platform during the 2017 and 2018 seasons. The première is set for July 19, with a further 27 performances to be held over the summer until August 20.