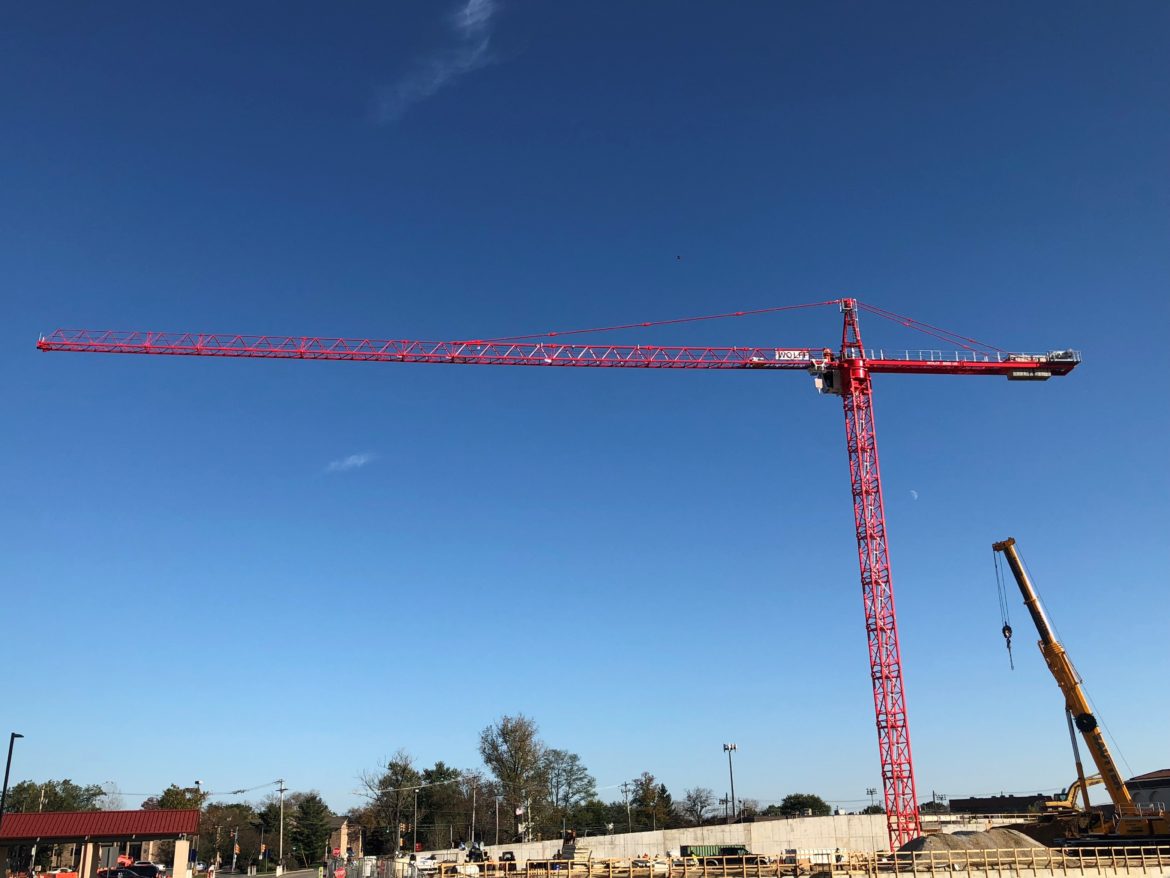 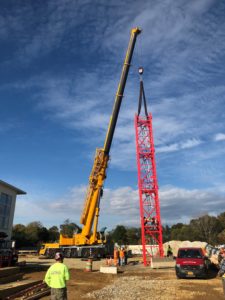 Wolffkran W8033.20-2 tower crane being erected on a hospital in Pennsylvania.

The tower crane was the ideal solution for the project, as a crawler crane would not be able to access all areas of the jobs. The WolffKran W8033.20 was assembled late last month on the hospital construction site in two days. It has a 300-foot hook height and a 262-foot jib, but the project only required the crane to be set up with a 151-foot tower. “[Wolffkran] tower cranes are the most erector friendly on the market,” said Michael Hoy, owner of American Crane & Rigging and American Iron Inc. “Their assembly is simple and very streamlined.”