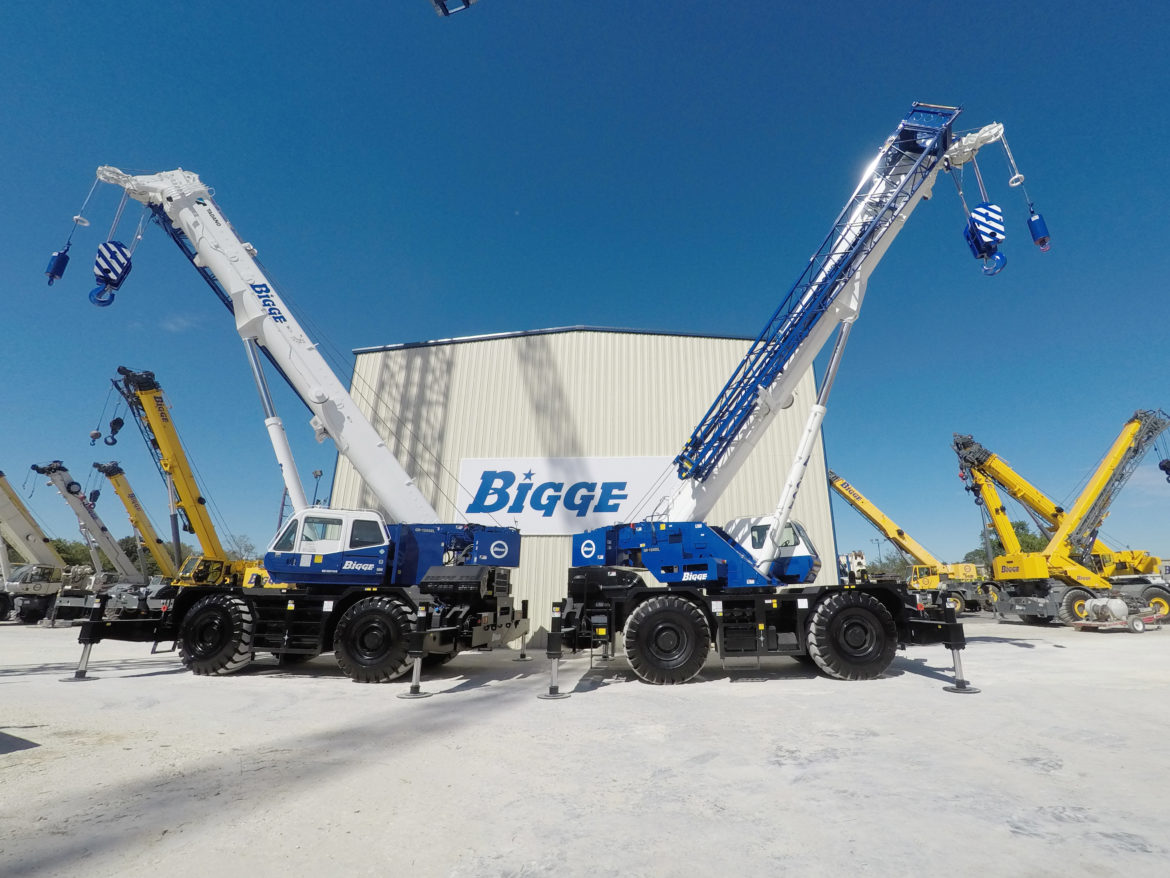 Bigge Crane & Equipment Co. announces it is now selling new and used Tadano cranes and parts in New Mexico, Arizona, Utah, and Colorado.  Bigge has more than 100 pieces of Tadano equipment in its rental fleet, and it has one of the largest fleets of Tadano cranes in North America.

Last month, Tadano America delivered the first two GR-1200XL rough-terrain cranes in the United States to Bigge’s branch in Houston, Texas. Bigge ordered six GR-1200XLs earlier this year during ConExpo-Con/Agg. The remainder of the cranes will be delivered by mid-summer 2018.

The 120-ton-capacity GR-1200XL is one of the largest two-axle cranes in its class. Brian Noga, Bigge’s vice president of the Gulf Coast, said: “It maintains a long boom and jib combination without losing ease of transport, and also maintains maximum lifting performance while working directly over its outriggers in an asymmetrical setup.”

Bigge is involved in various energy projects on the Gulf Coast, including a wind farm under construction in Melvin, Texas. Beginning in January 2018, Bigge will be providing a total of six cranes to work on a new wind energy project being built by Renewable Energy Systems (RES). The company will provide a crawler crane and five rough-terrain cranes to work around the clock until the project is completed. The two GR-1200XLs that Bigge received in October will be on the project, as well as three Tadano GR-1000XL rough-terrain cranes.