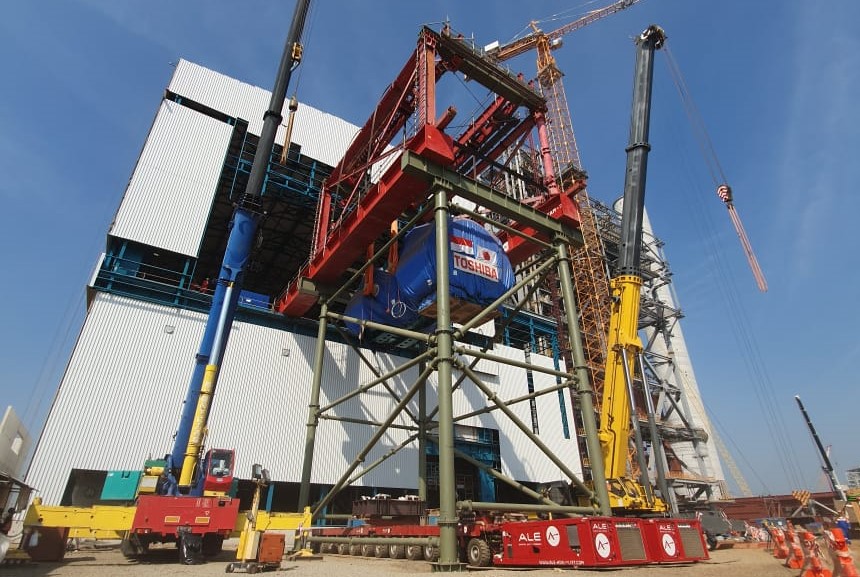 The expansion of Tanjung Jati B power station in Indonesia is a $4.4bn project and will add two high efficiency ultra-supercritical coal-fired units, each with 1,000MW capacity. They will increase the existing power plant’s capacity by 75%, contributing to the Indonesian government’s plan to increase the country’s power generation capacity by 35,000MW.

ALE held the generator in position for 30 minutes to check for any settlement of the ground beneath the skid tracks. Additionally, the gantry system was monitored by an electronic monitoring system. If its verticality moved more than 15mm from its original position, the load would be lowered and made safe again. Only when ALE was satisfied that it was safe to proceed did they move to the next stage of the installation.

For this project, ALE designed and built custom modular beams, utilizing them alongside the gantry, a 500t capacity skidding system and four 200t capacity strand jacks.

Once finished, the Tanjung Jati B power plant will supply additional power to the local area for at least 25 years. The expansion is expected to be complete and the new units operational in 2021.