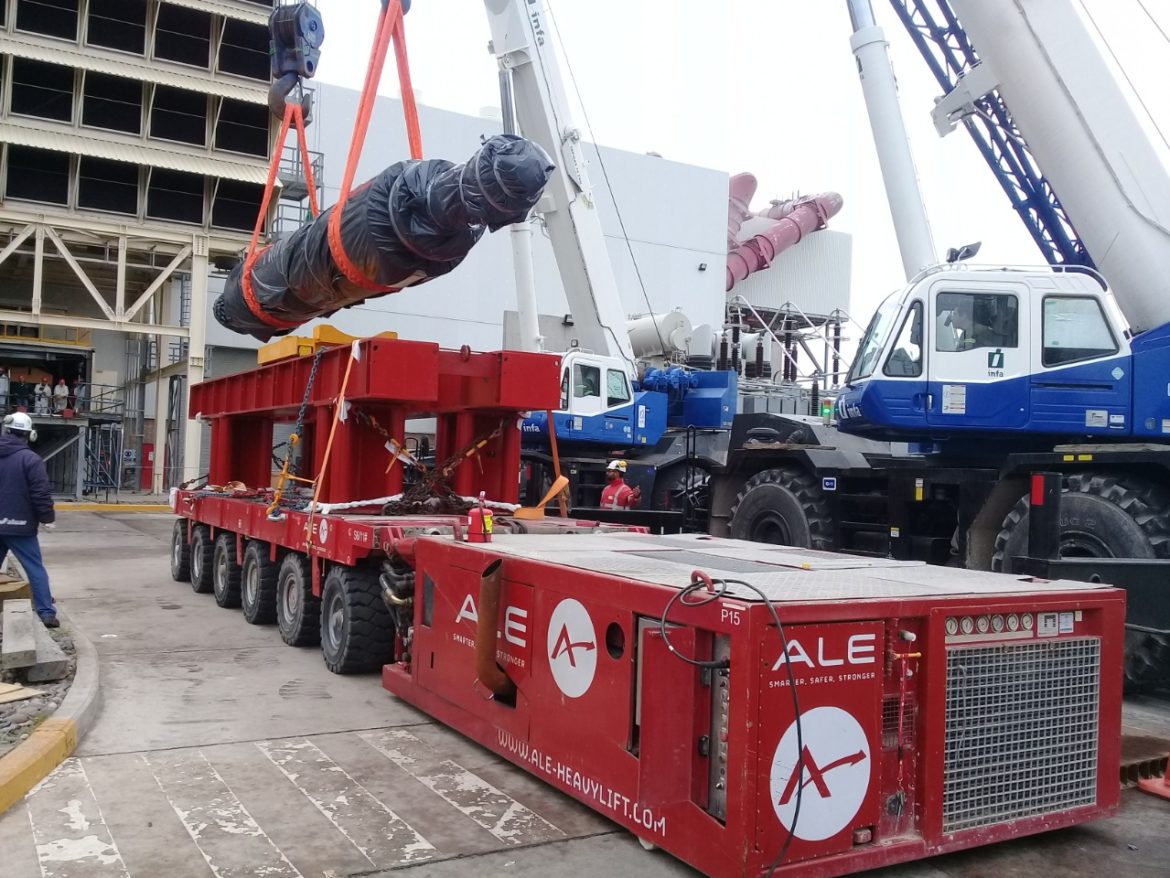 Puerto Madryn, Argentina has the country’s only aluminium smelting facility, which produces around 460,000t per annum. Three of its generators required scheduled maintenance, during which their rotors would be removed, repaired and reinserted.

ALE was able to mobilize equipment on site within only a week to complete the extraction, having completed many similar projects at power stations worldwide. This experience allowed the project team to select a successful methodology even though both cranes and gantry lifting systems were not appropriate given the physical limitations of the site.

The generators were positioned inside the factory at heights of 3.5m and 5.5m relative to ground level, with only a small entry of around 4m x 5m into the building, and of course no overhead access. Therefore, it was decided to use 6 axle lines of SPMT for the lifts, that had been fitted with a custom beam structure to compensate for the height differences.

The rotors themselves measured 10.25m from end to end, and 1.05m in diameter.

During each lift, the SPMT was driven through the narrow gap into the generator building, where it received each rotor from a bespoke, indoor skidding system designed to remove the rotors from their stators. Each 41.5t rotor was then transported out of the building on top of the SPMT plus beam structure, which was designed to prevent the load from rolling.

Having reached on open space set aside for the purpose, two 70t capacity cranes lifted the rotors and positioned them on supports ready for collection. They were then transported offsite for repair by the client, and later returned to their former position by ALE, via a methodology exactly the reverse of the above.

“The experience of our engineering department makes it possible to respond with such efficiency to projects like this, where we do not have a lot of time to prepare. Our global reach allows us to mobilise tried-and-tested equipment from similar work undertaken anywhere in the world.”

The smelting facility has operated continuously since 1975, with further investment in 1999 and 2007 making it one of South America’s largest primary producers; supplying the continent with raw materials for a range of architectural, transportation and consumer applications.