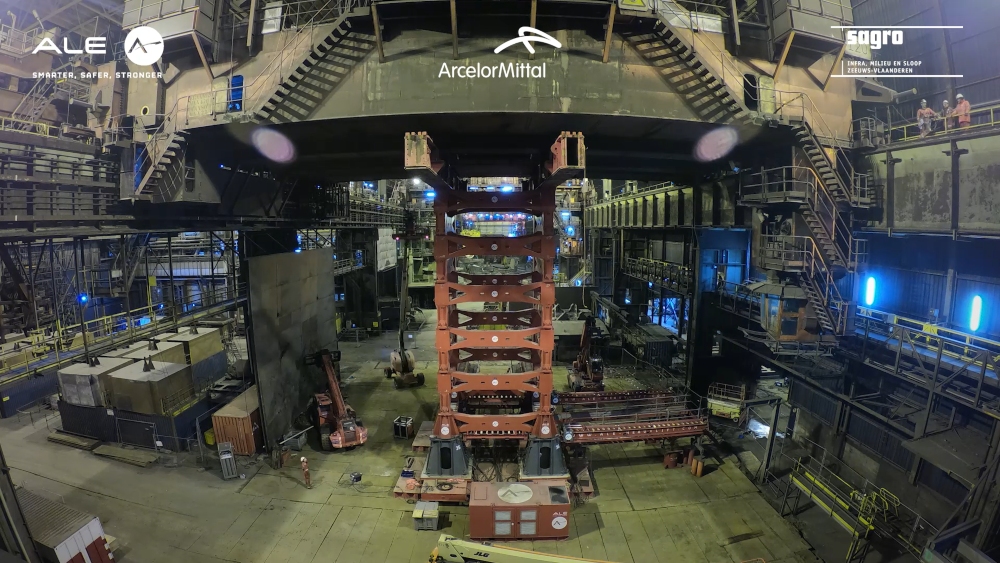 ALE WILL BE PRESENTING ITS HEAVYLIFTING EXPERTISE AS PART OF AN INDUSTRY SEMINAR ON CRANES IN ESSEN, GERMANY.

Marcel Bruijs, Sales Manager, will be sharing ALE’s experience of performing record-breaking crane lifts, jack-ups and other heavy lifts around the world. He will also be discussing details of the engineering behind ALE’s demolition of an overhead crane in Gent, Belgium.

“The limited space inside the building in Gent was a major challenge. It was impossible to use a large crane in there and the crane had to be dismantled in smaller sections. We also had to consider other operations – the client needed to be able to carry out other work at the same time as our operation, so it was important that we minimised their downtime,” explained Marcel.

“The project’s special requirements led to us designing a custom solution for the removal. We approached the operation by breaking it down into multiple stages and then began calculating what equipment would enable us to provide the best optimisation for each stage.”

ALE was able to remove the crane, weighing 864t, in just 10 days using the innovative Mega Jack system, which offered a narrower solution than other alternatives. The compact system also provided the required stability and enough clearance on both sides, enabling the client to continue working around the Mega Jack.

The seminar on ‘Conversion, repair and modernisation of cranes and hoists’ brings together participants across a wide range of sectors. It aims to provide those connected with the crane industry practical advice on the application of current regulations and safety standards, as well as looking to the future.

The two-day event will be held 18th-19th November 2019 at the House of Technology in Essen, Germany and follows a similar event in March that ALE also attended.