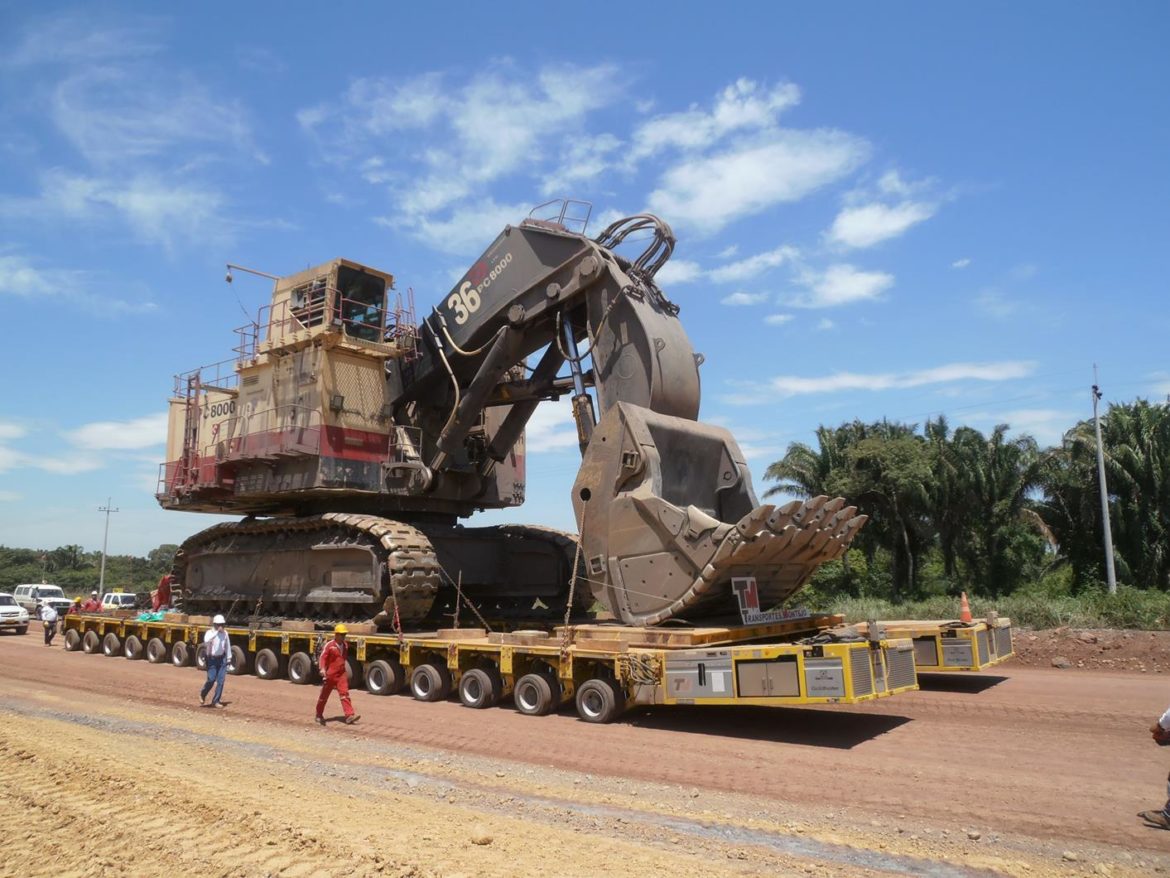 Colombian logistics specialist Transportes Montejo has successfully completed the transportation of a 700 tonne Komatsu PC 8000 hydraulic mining shovel excavator over 25 kilometers of difficult terrain. It transported the excavator to the Drummond Mine in La Loma, Colombia, using a PST/SL modular transporter from Goldhofer Aktiengesellschaft (Goldhofer).

According to Transportes Montejo, planning the transportation of the PC 8000 took five days, while the actual operation took four days. The route included passing two mountains with gradients up to 5 per cent and a 30-meter-long bridge. “With the help of the Goldhofer service team we were able to distribute the load of the 2800 XPC on the modular transporter to best effect and complete the journey exactly according to plan,” commented Transportes Montejo operations manager, Carlos Eduardo Alfonso.

Ainscough expands its footprint in Dundee

ALL Family of Companies Makes An Investment...