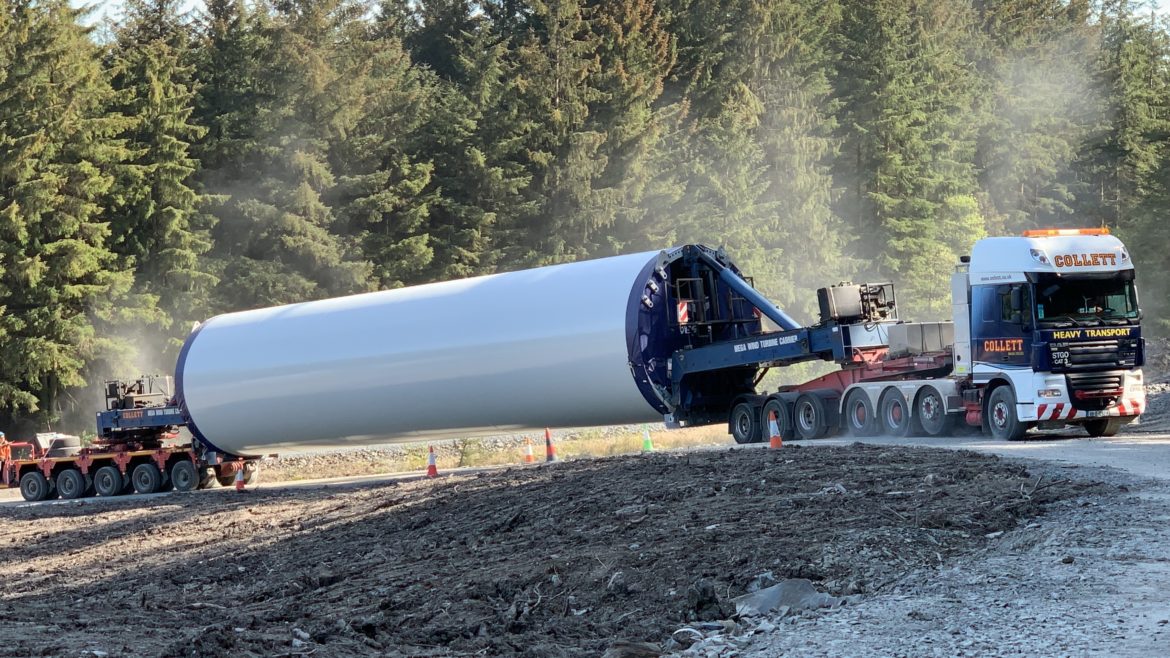 The final component deliveries to Clocaenog Wind Farm have been completed!

With the first of the deliveries taking place at the beginning of January, for the past six months Collett & Sons Ltd have been travelling the 70 mile route from Ellesmere Port to Clocaenog Forest Wind Farm, steadily delivering the turbine components to the North Wales site.

Collett have made the final journey from the port to the development site, delivering the final tower sections to complete the project.

Through the snow of January, the storms of February and the record breaking heat of July, Collett methodically delivered each of the 270 components. With a total of 121 abnormal load convoys and 15 self-escorted convoys, Collett covered a staggering 16,929 miles with a total of 12,420 Tonnes!

Construction is now well underway of the 27 V105 Vestas turbines which will form Innogy Renewable UK’s North Wales site. Once operational Clocaenog Forest will have an installed capacity of 96 megawatts, and will generate enough renewable energy for the equivalent domestic needs of up to 63,800 average households per year.