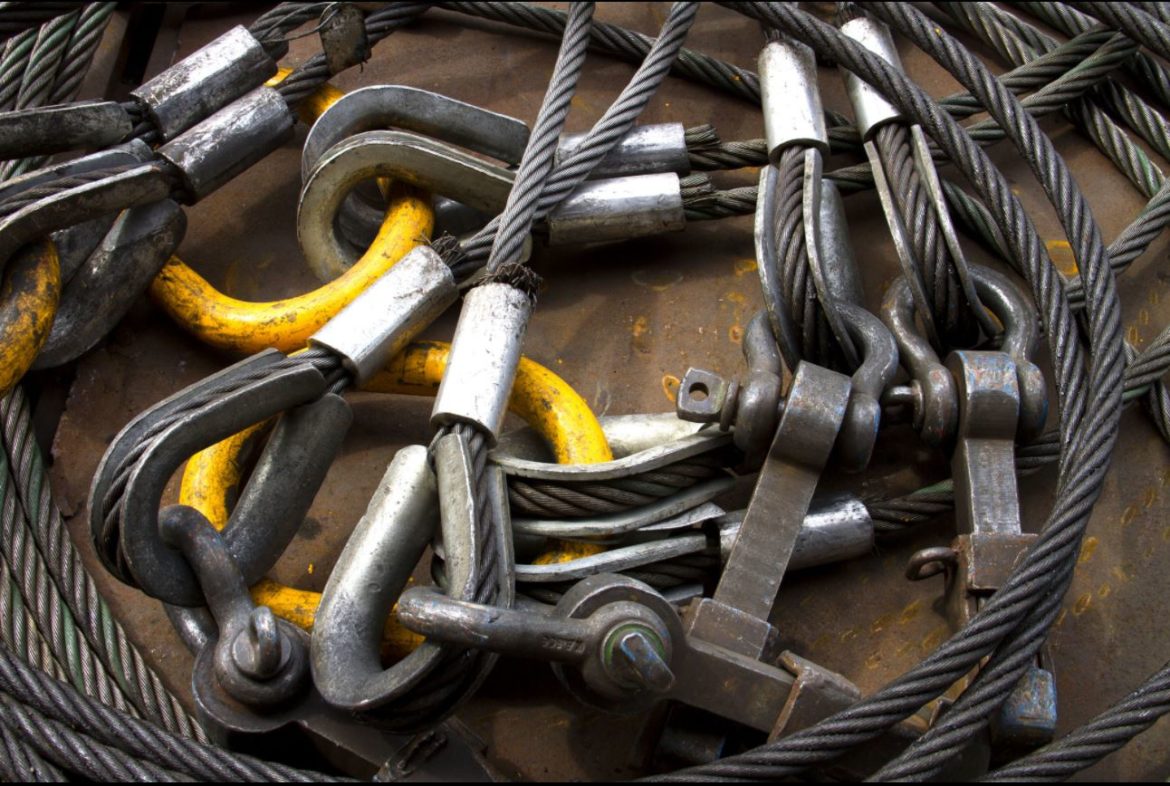 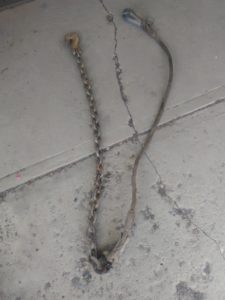 FAILED SLING: Chain worn from ½” to less than 1/8” thickness, multiple broken strands in wire rope, damaged thimbles in eyes of wire rope, connection link does not articulate, reduced diameter of wire rope, pitting in chain, no grade marking on chain, etc. Just one of these items would fail the sling.

After years in the sling manufacturing business, Rick Letang saw a need for an independent company to perform detailed, on-site sling and rigging inspections. He eventually struck out on his own, and in February, he opened B30 Inspection Services Inc., Taylor, British Columbia., to provide third-party documented, periodic inspections of slings, rigging equipment, and below-the-hook attachments. In addition to rigging inspections and reports, the company provides a consultation service to help companies develop an appropriate inspection schedule for their gear, and can help companies with their rigger training needs.

Although B30 Inspection Services currently only services Canada, Letang said the both U.S. and Canada refer to the ASME B30 standards, making his goal to expand through North America very achievable.

In this Q&A, Letang shares his thoughts on the rigging inspection business.

Why are third-party rigging inspections important?

I think the biggest reason that a third-party is important is it avoids the concept of “it worked last time, so it will work this time.” It is another set of eyes that is completely impartial, and it also provides a buffer zone for companies because they have passed on the liability to the inspector.

What skills or experience should a potential customer look for when hiring an independent inspector?

When does the rigging inspector come into the picture?

Slings and rigging are supposed to be inspected periodically. A lot of people take periodic inspections as annual inspections because it is stated in the standards as “at least once a year.” I establish with my customers how often they need to do inspections. If they are using it more often, they need to inspect it more often. If the equipment is used day in/day out, maybe three months is more appropriate. According to B30.9, periodic inspections need to be documented. That’s what I’m providing to them.

What are you looking for during a sling and rigging inspection?

It depends on the type of equipment. ASME puts a list that tells when the rigging should be remove from service. There are probably about a dozen items at minimum per type of sling, and I also look at what the individual manufacturers’ requirements to see if they have a tighter restriction than what is allowed.

On a chain sling, if there is more than 5% wear on the chain, it is badly pitted, or the links are distorted, it doesn’t meet standards. On cable slings, if there are broken strands, how many are there? Is the wire rope diameter reduced? On web slings, have they been exposed to the sun for too long? Are there cuts or tears or embedded items in it? On round slings, are the core yarns knotted, has it been over-pulled? What is the sling rated to? What is the working load limit for the item? Is it marked properly?

What I am looking for is are we consistent, are we rating it right, and do they know what the rating is?

Can you describe a particularly unique inspection that you performed?

Every inspection is unique; you don’t run into much monotony. When you inspect spreader bars and below-the-hook lifting devices, some of those can be very interesting. You have to figure out how does it work, what have they been doing with it, and what it was engineered to actually do.

Who are your customers, and what industries are they in?

Anyone who uses slings, whether it is a major hoisting company, a mill facility where they are using a gantry crane, or even an automotive industry where they use a crane to move a motor. My goal is for any company that uses cranes and rigging, I can come in and provide the inspection.