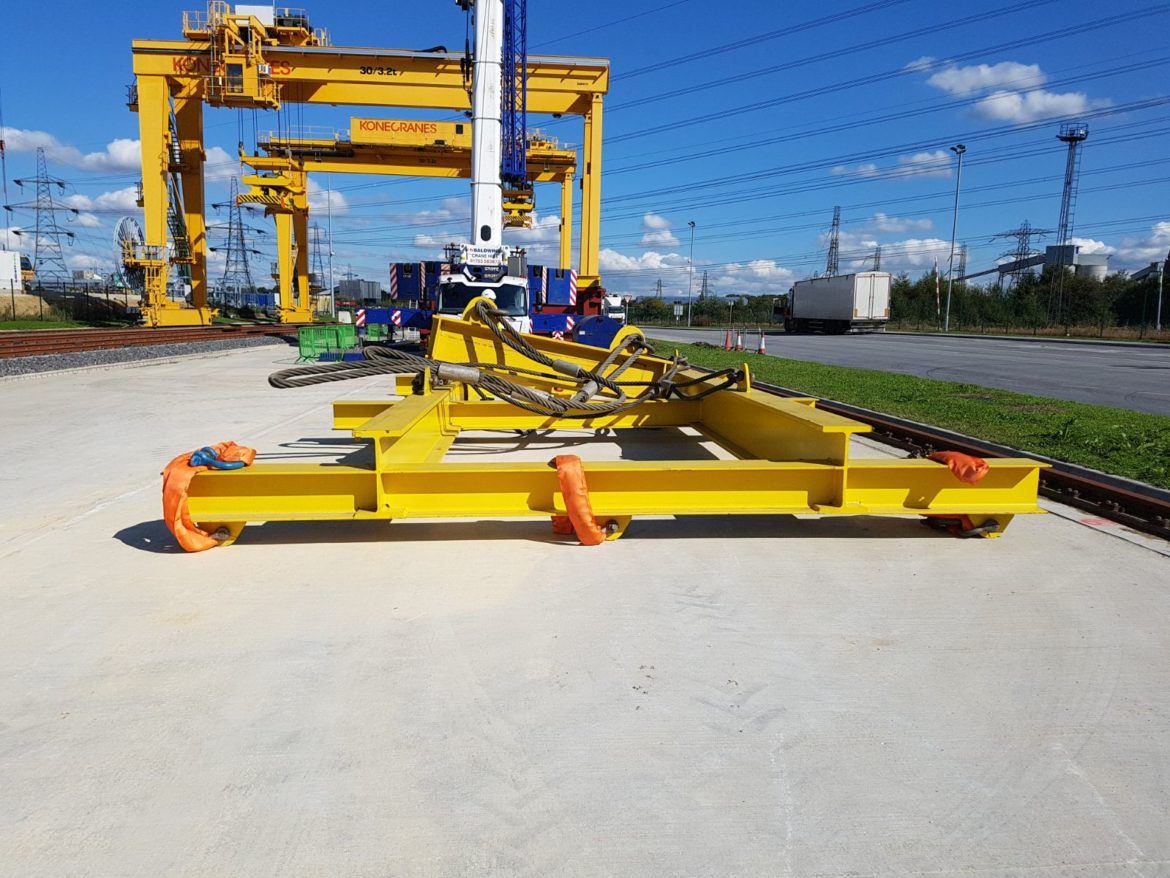 Rope and Sling Specialists has completed a number of inspection and certification assignments at the Ferrybridge Power Station Multifuel 2 (FM2) project in West Yorkshire, UK.

The Ferrybridge site, originally home to three coal-fired power stations, was decommissioned and is being upgraded to burn mixed fuel, including biomass, fuel from waste, and waste wood. The new FM2 power station will generate over 50MW of energy and is a nationally significant infrastructure project (NSIP).

RSS received its latest scope of work from contractor Đuro Đaković Holding d.d., a Croatian mechanical engineering group based in Slavonski Brod. However, it is a frequent visitor to the site and regularly provides products and services to other contractors. In this case, RSS was tasked with thorough examination of two 127-tonne capacity lifting beams and two 82-tonne capacity lifting frames that had arrived by container from Croatia.

“Upon its arrival at FM2, our contact [Krešimir Marušić , project manager at Đuro] needed to ensure the equipment met the relevant standards and was safe to be put to work,” said Mick Gill, senior testing engineer at RSS. “We completed inspection of the four items within a day and presented the client with appropriate certificates.”

Gill, who was part of a two-man team that also included Gary Coleman, site engineer, added that a key part of the process was checking Đuro’s drawings and calculation sheets provided with the equipment.

FM2 followed the successful £300 million first phase of the project (FM1), for which RSS also provided regular services to the site’s contractors. Multifuel Energy Ltd., a joint venture between SSE and Wheelabrator Technologies, opened FM1 in 2015, but RSS had been visiting the site for two years prior to that.

Steve Hutin, managing director at RSS, said its Rotherham depot has been processing orders from FM2 on a daily basis. “It’s not uncommon to have a four-strong inspection team representing us at the fast-moving project.”