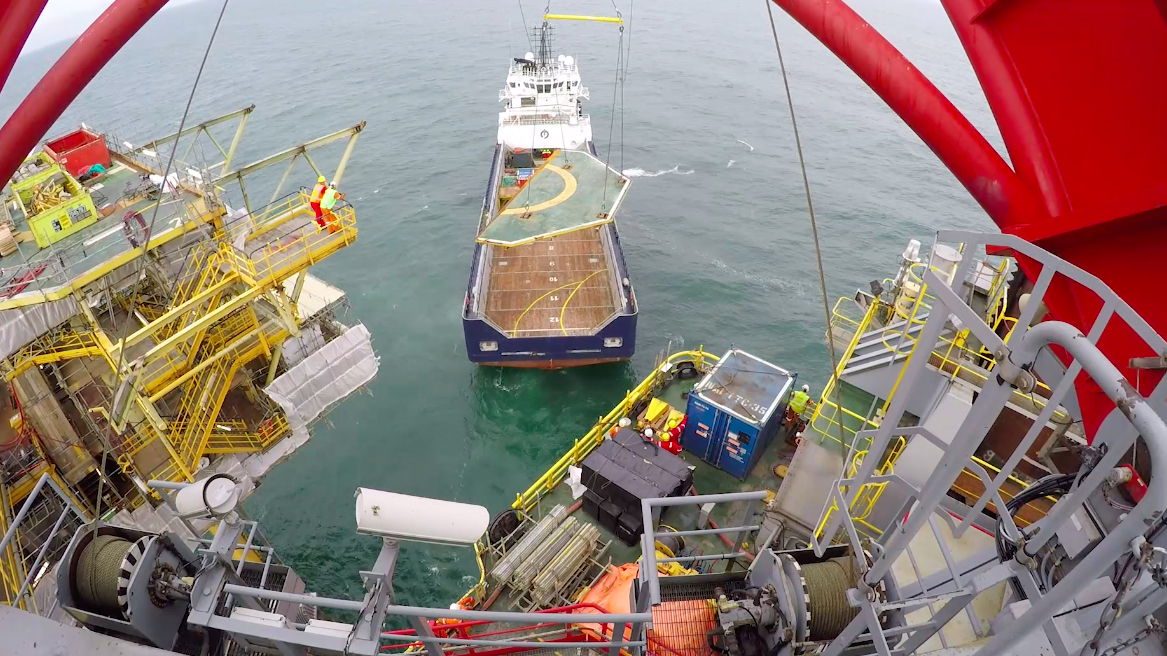 Certex, a supplier of steel wire ropes, lifting products and services to the oil, gas, industrial and renewable markets, accepted a scope of work to design and supply a below-the-hook solution for loading a helipad onto a vessel from a gas rig in the Dutch Sector of the North Sea.

The heavier piece of the pad weighed 89 tonnes, while the smaller was less than half the weight at 35 tonnes. It was hexagonal in shape and measured 44 square meters when assembled. Using a 300-tonne capacity barge-mounted crane and two modified spreader beams from Modulift’s heavy, off-the-shelf range, Certex removed each piece from the site one at a time (the smallest first) along with its corresponding spreader beam and rigging.

The beams were sourced from Modulift after modification of the end units. Jason Griffen, technical sales at Certex (UK), explained: “Pad-eyes were required on the side of the end units so they could be connected to winches on the barge crane to control manoeuvring of the helideck during positioning into place. We provided calculations in advance of the project so Modulift could weld the modifications accordingly.”

The modifications were required to eliminate the use of guide ropes and the requirement for personnel to work in proximity of the loads as they were landed on the supply vessel. Further, there was not a lot of margin for error and the modified beams simplified the process. Certex was able to utilise permanent lifting fixtures of both halves of the helipad.

Griffen added: “We worked closely with the client’s engineering department to calculate the capacity, type and length of slings required, to complement the spreader beams. We also extracted additional information from the design plans for the helipad, such as centre of gravity.”

The rig is among a number of smaller satellite platforms in the area. The rig remains operational but personnel will now access it only by marine transport, not helicopter.

Using Models in Rigging Training – Plus, a Rigging Quiz