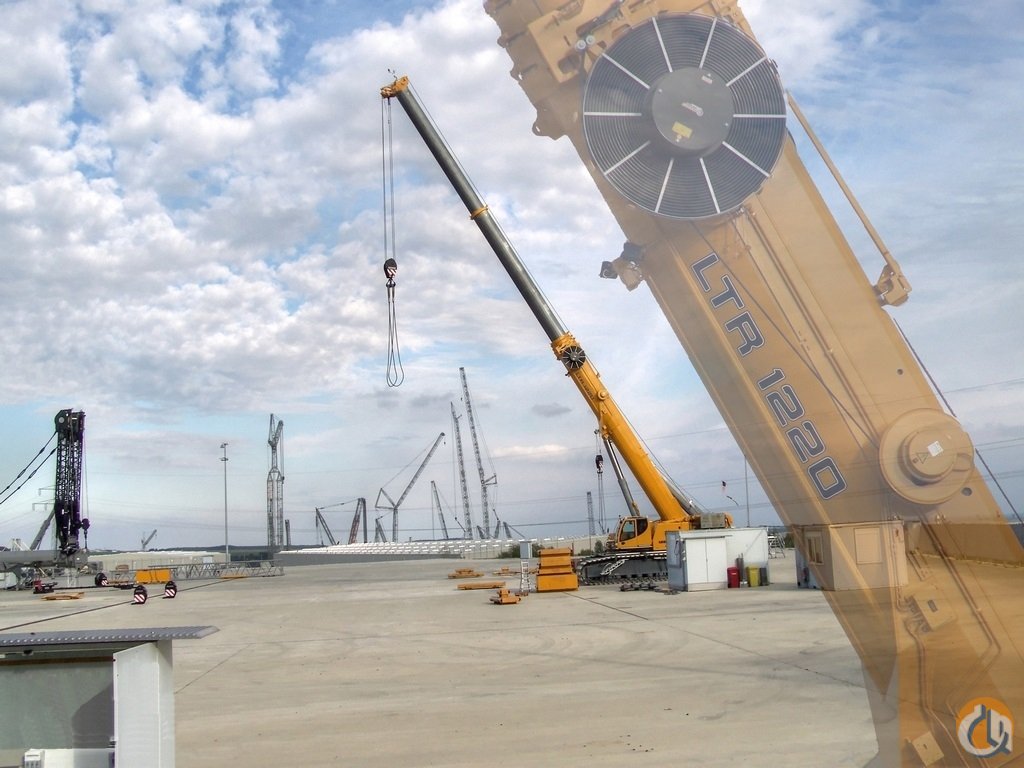 Five years ago, Liebherr debuted the 240-ton capacity LTR 1220 telescopic-boom crawler, one of the largest telecrawlers in the world. A year later, the first unit in the United States was delivered to Transportation Partners & Logistics LLC.

When the crane first arrived, Jim Orr, president of TP&L, said: “We needed at least a 200-ton capacity crawler to pick and carry 150,000-pound loads. When Liebherr developed the LTR 1220, it fit our needs perfectly.” The crane’s inaugural job was in TP&L’s rail distribution yard, where it was used to unload wind turbine mast sections from rail cars and load them onto trucks for onward road transport.

The telescopic-boom crawler has a 197-foot main boom and 40- to 72-foot hydraulic offset swingaway jib. Two 23-foot lattice sections extend the swingaway jib to 118 feet. The low ground-bearing pressure of the tracks lets the machine access all areas while the telescopic boom can be extended or retracted in seven minutes. One of the key features of the LTR 1220 is the boom can be retracted and move around a location with power lines or other overhead obstacles.

Clayton McDonald operated the Liebherr LTR 1220 telecrawler at TP&L for about six months before the unit was sold to another crane rental company. “The upper had the smoothest hydraulics I’ve ever used,” he said. “One of the best features is when it would swing around and you got halfway and stopped, the tracks would automatically start going in that direction. For a hydro, it also had a great chart for picking heavy at a distance.”

The LTR 1220 is powered by a six-cylinder, 312-hp diesel engine, providing torque of 960 foot-pounds. The hoist gears have a high cable pull of 23,600 pounds of force for fast line speeds and quick lifting.

Another user of the Liebherr LTR 1220 said the crane has a compact size for its capacity, enabling it to handle project in tight areas, and amazing gradeability (47%), which worked well on a natural gas expansion project. “Operators loved the machine and controls after proper training and checkout,” he said.

Featuring the LICCON 2 computer, the crane has load charts for three crawler widths: Retracted at 14’9”, intermediate at 19’3”, or full width at 23’9”. As well as being able to travel over uneven ground, the LTR 1220 can lift with side inclination angles of up to 4 degrees with the LICCON 2 system keeping safe control of operations.

The LTR 1220 weighs 198,400 pounds. The crawler tracks can be removed, reducing weight to 119,000 pounds and load width from 16.4 ft. to 9.8 feet. By removing the transverse beams, weight is further reduced to 103,600 pounds. Once on-site, hydraulic jacks enable the crane to assemble itself without the need for an auxiliary crane.

Interested in reserving a 2017 Liebherr LTR 1220 telecrawler for rent or possible RPO? Call Will Gussie at 469-450-8511 or email [email protected] to discuss availability.