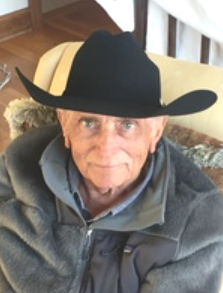 Long-time Tadano Mantis employee John Cliff passed away on Oct. 12, 2017, after a battle with pancreatic cancer. John was a sales leader with SpanDeck and promoted the Mantis Cranes brand for more than three decades.

John was born in Idaho and graduated from Ogden High School. He received an academic scholarship to Utah State University, where he earned both bachelors and masters of civil engineering degrees. He worked as a civil engineer, management administrator, and sales executive during his career.

John married his wife, Frances Kay Spencer, in 1965. They were later sealed in the Atlanta, Ga., temple of The Church of Jesus Christ of Latter-day Saints. John served the church in many capacities throughout his life. He was also an avid fly fisherman and master storyteller.

John will be forever remembered by his wife, Fran, daughter Karissa, son John Jr. (Sharon) and granddaughters Angeline, Kate, Madeline, Rosalyn, and Anna. John is also survived by his brother, Dr. William Cliff (Nell), and by many nieces, nephews, great-nieces and great-nephews and their families.

Services will be held Monday, Oct. 16, 2017 with visitation from 3-4:45pm, and funeral from 5-6pm at the Franklin Tennessee Stake Center of The Church of Jesus Christ of Latter-day Saints (1100 Gray Fox Lane, Franklin, TN 37069). A graveside service in McCammon, Idaho, will be announced at a future date.

In lieu of flowers, the family requests you take a child fishing.