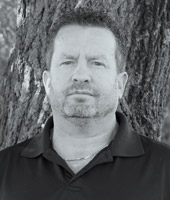 Throughout the Midwest, hundreds of wind turbines are being erected and upgraded to expand their service life and produce more power. In this Five Minute Interview, Ron Sims, vice president of Jensen Crane Services, discusses the company’s scope of work in the wind energy market and the latest crane technologies being used to build and repower these massive power generators.

What are some of the key markets for Jensen Crane Services?

We aren’t your typical taxi crane fleet that has a 70-ton all-terrain that sets an air conditioning unit. We focus on more heavy lift projects, and our primary markets are new wind turbine construction and wind turbine maintenance work. We also do some refinery and agricultural plant work.

What areas do you cover?

We also have two Liftra self-hoisting crane systems, and our geography with this crane is nationwide. 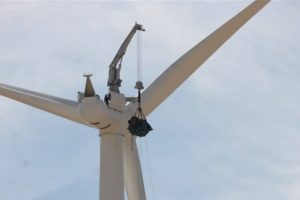 Tell me more about the self-hoisting crane.

The best way to describe this technology is it is a crane that’s base installs onto the drivetrain of the wind turbine, and then we hoist up a yoke block and attach it to that drivetrain base. The crane then climbs its own cables up the side of the turbine and mounts to that base. We use it to exchange gearboxes on wind turbines, which is one of the most common corrective failures. It travels in a 40-foot container, and we can mobilize it more economically than a conventional crane.

Liftra is a Danish Company, but the technology is primarily used in the United States. The self-hoisting crane will go from 65 to 120 meters, and in the United States, there are only a couple turbines taller than 100 meters. We’ve been using our two crane systems in the commercial rental market for about four years. I think there are only seven of these machines in the world.

Want to learn more about the Liftra LT1000 self-hoisting crane? Read about it here.

What is the Midwest wind energy market like right now?

It is booming. There are quite a few new construction projects and repower work. For the past 10 years, the government had a subsidy or tax credit for wind turbine farm owners. Last year, the government issued a repower tax credit, which is incentivizing turbine owners to upgrade them to produce more power on the same 80-meter platform.

How they do this is they put bigger blades on the hub, so the rotor or fan is a bigger diameter, and they change the drivetrain to have a bigger gearbox and generator. The turbine can produce more power because it is catching more wind and turning fewer rpms.

What is the most critical issue faced by crane companies working in the wind industry?

In the past five years, wind turbine and crane manufacturers have started to take note of the wind sail on the turbine. The entire three-point blade system from tip to tip is called the wind sail, which is the surface area that the wind pushes against the rotor. When you use a crane to bring that rotor to the ground, the router can weigh 70,000 to 150,000 pounds, depending on the make and model. When we remove it, the wind will push the crane boom, and it will start to side load. There have been catastrophic incidents where the wind speeds were too high when a crane company was removing the rotor from the turbine, and too much side loading caused the cranes to collapse.

Companies now recognize that there can’t be too much side-load pressure when they remove the rotor. Before, they were only looking at the capacity of the crane and the weight of the rotor. Wind speed and side loading reduces your lift capacity, so a crane that can lift 150,000 pounds with no wind might be reduced to about 60,000 pounds of capacity with a 20-mph wind speed. 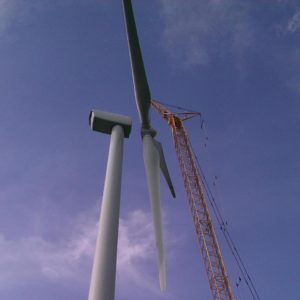 So you are now using larger cranes?

It was a real eye opener when we realized that the cranes we were using 10 years ago were under capacity. Now the wind turbine and crane manufacturers recognize you have to have a bigger crane to be able to sustain a higher wind speed in order to do the work.

A 600-ton Demag all-terrain crane, for example, has a wind speed limit of 7 meters per second, which is about 15 miles an hour. We build these wind turbines in areas where it is windy for a reason, and the wind always blows about 15 mph. A lot of times, an all-terrain crane will arrive on the jobsite, and it can sit for days or even weeks waiting for the wind speeds to drop to remove the rotor.

One of the advantages of the Liftra self-hoisting cranes is it has a 12 meter per second constant wind speed and can withstand 18 meter per second gusting winds – that’s a 24-mph constant speed and up to 36 mph for gusting. It far surpasses an all-terrain crane or crawler crane.

Jensen Crane Services recently purchased a Liebherr LTM 1750-9.1. Where is it working now?

We’re currently commissioning that crane in our yard in Des Moines. It’s a 900-ton-capacity all-terrain crane, and the way it is designed with the Y-Guy system on the boom, it can remove a rotor in up to 22-mph wind speeds. That’s better than crawler cranes and far superior to any all-terrain crane on the market. Additionally, it has the capacity to do rotor removal and drivetrain exchanges on 100-meter turbines. Our primary reason for buying this machine was because in the Midwest, there are finally enough 100-meter towers to keep this machine highly utilized in the wind market to do the drivetrain exchanges and new construction.

When will it be out in the field?

The first job will be October 31 removing a rotor on a 100-meter tower in Windfall, Ind., and we’re starting to build a backlog of work for it. It will primarily be a maintenance crane for the next several months. In the early spring, we have some new construction projects where the machine will be the top-out crane.

Where do you see Jensen Crane Services in five years?

Jensen Crane Services opened its doors in 2012, and we’ve grown four-fold in five years. I fully expect to see us grow at close to that rate over the next five years. Des Moines is a strategic location. If you look at a wind turbine map in the United States and look at Iowa, Minnesota, and Illinois, it has the most densely populated areas of wind turbines. We have turbines already up and running in the United States, and new construction is continuing to happen. There is a need for cranes in this market.