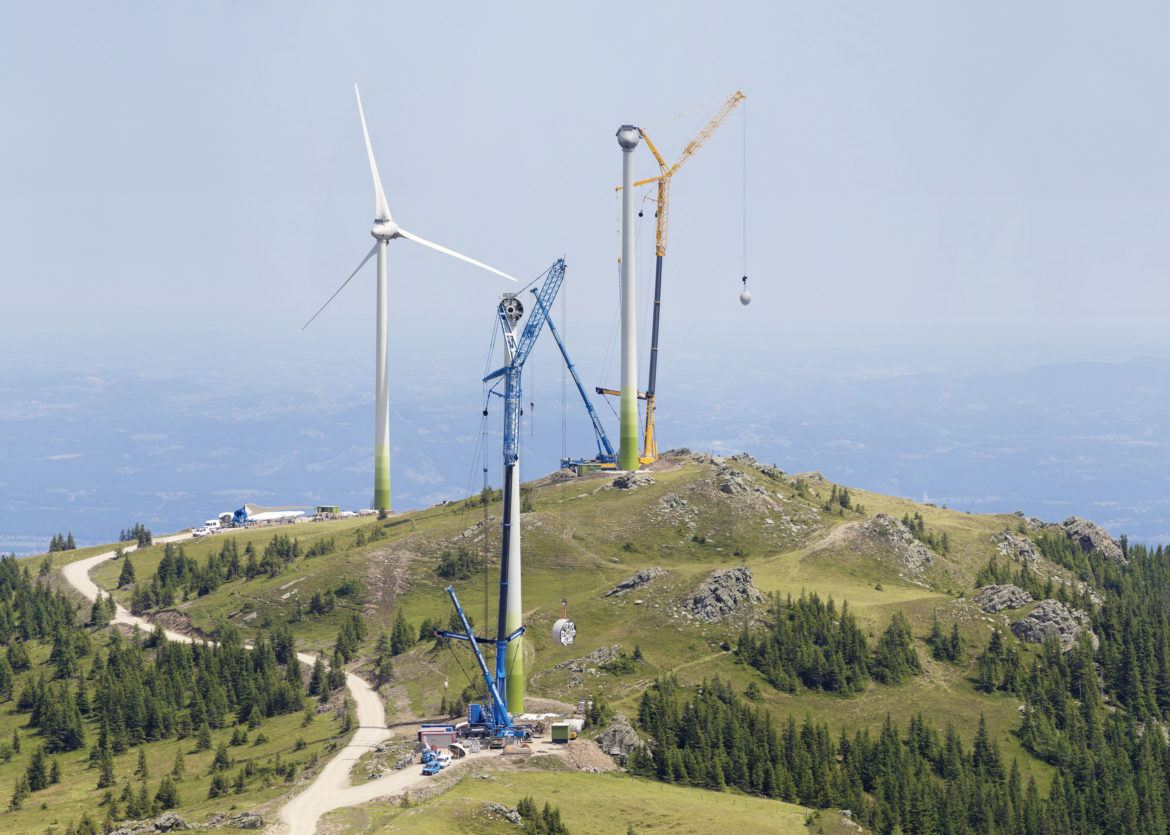 Felbermayr, a crane and heavy haul contractor in Austria, has erected a wind farm on a range of mountains in Styria. The 13 turbines were manufactured by Enercon over the summer, and they will provide 30 megawatts of power to the area.

The turbines needed to reach Weinebene, an Alpine pass in a region of medium-height mountains in the south of Austria close to the border with Slovenia. Three Liebherr LTM 1750-9.1 all-terrain cranes were sent to the mountainous terrain to handle the heavy lifting on the project. 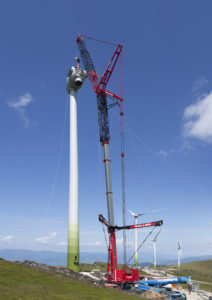 One of three Liebherr LTM 1750-9.1s erecting 13 turbines in the mountains.

The three nine-axle cranes had to prove their all-terrain capabilities while reaching the site, which was at an altitude of 5,500 feet. The  cranes each weighed 119 US tons and climbed grades up to 20 percent with tight bends. “Each crane took around one hour for the seven-kilometer journey up to the site,” reported Günter Wimmer from Felbermayr’s project department.

The winding forest tracks also were a major challenge for transporting the rotor blades. The blades, which weigh about 11 US tons each and measure about 130 feet long, were loaded onto a Bladelifter at a reloading site at an altitude of 4,600 feet. They were transported between or behind a tractor unit and a push loading unit, depending on the section of track. Mounted on eight heavy-duty axles, the lifter is able to raise the blade secured to it by up to 60 degrees. This was the only way of transporting them through sections with tight bends in the wooded, rocky terrain.

The three Liebherr LTM 1750-9.1 mobile cranes were equipped with telescopic extensions, luffing lattice jibs and Y guying for erecting the wind turbines. At 76 US tons, the generators were the heaviest gross loads for the mobile cranes. They were installed at a height of 260 feet using a radius of about 79 feet.