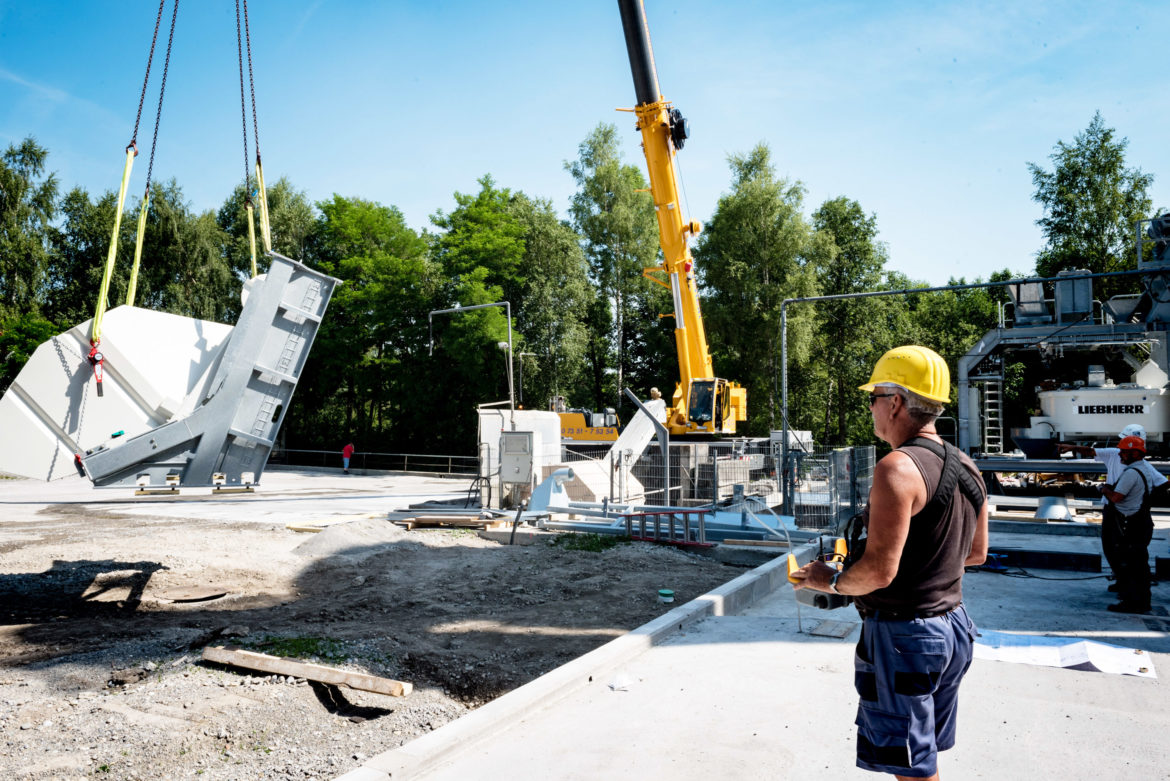 ESB Kranverleih Transport und Hebetechnik GmbH recently assembled a concrete mixing plant using Liebherr mobile cranes. The Betomix 2.5 RIM plant — with a mixer size of 2.5 m³ — was assembled in a gravel plant just a few kilometers from the Liebherr concrete technology production works in Bad Schussenried. ESB used a brand new Liebherr LTM 1070-4.2 mobile crane for the initial assembly of the mixer and the erection of the feeder elevator.

Liebherr has already sold more than 1,500 70-tonne machines of this series, and since its introduction, it has added technical innovations to its design like the VarioBase, ECOmode, new crane cabins, new one-piece steel wheel rims, and disc brakes.

ESB’s LTM 1070-4.2 is also fitted with a complete remote control system. All the crane movements can be controlled from outside the crane cabin. A clear view of the assembly situation and being close to the load means greater convenience for the crane operator. “The remote control is brilliant,” said Detlef Scharnefski, crane operator. “I use it for around one third of my crane work. For difficult assembly jobs, I can see everything, and it makes communication with people on the site easier.”

Liebherr mobile cranes with the LICCON2 controller have a Bluetooth terminal (BTT) as standard for the remote control of setup work, such as extending the crane supports. In addition, all mobile cranes with LICCON2 now also have the software for the remote control of all crane movements as standard. To use this, the customer only has to buy a control desk, consisting of a console with two master switches, to which the BTT is connected. This is a particularly low-cost solution because the same control desk can be used for multiple cranes.