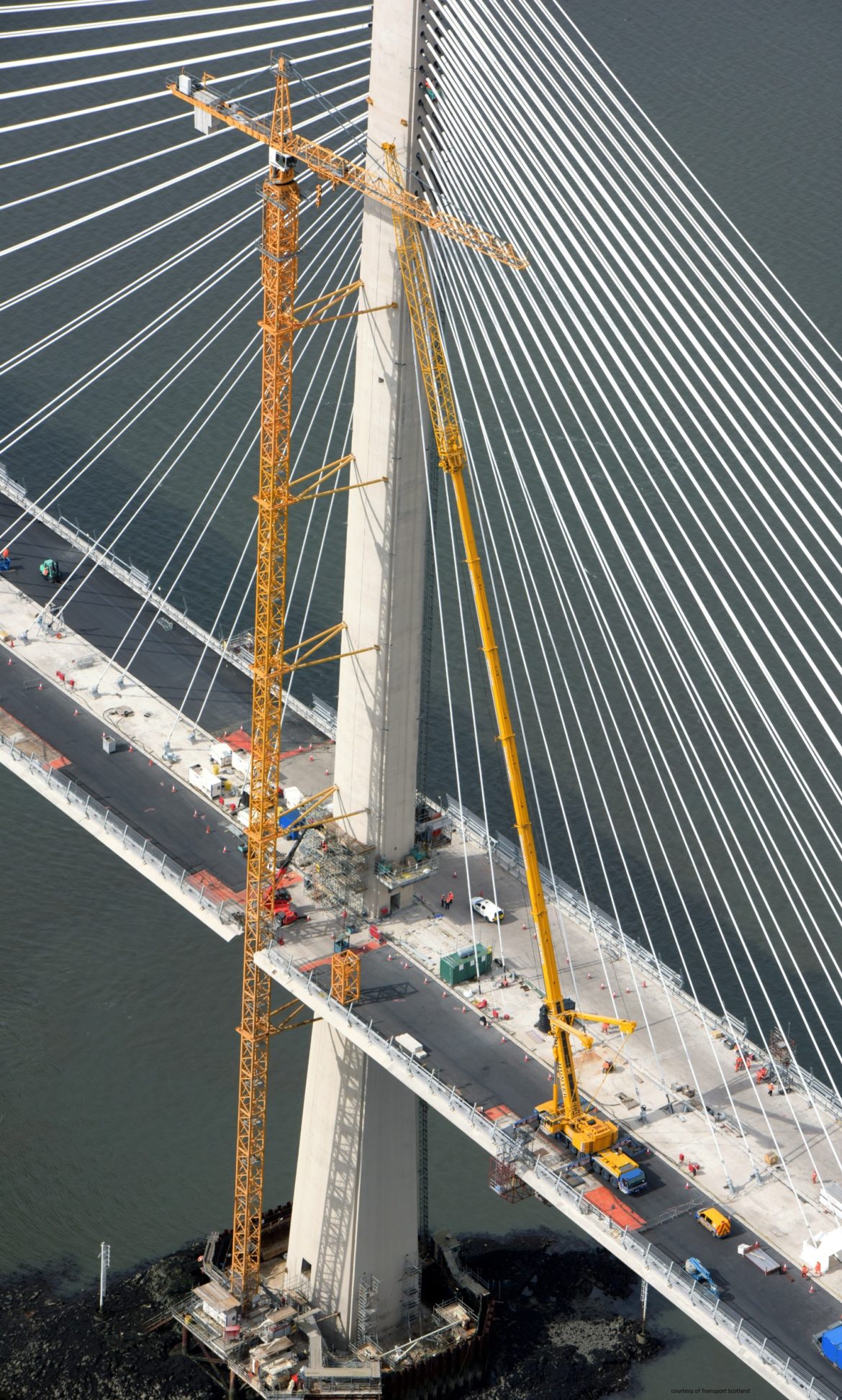 More than 10 Liebherr cranes from three different divisions have played a role in the new construction on the Queensferry Crossing across Scotland’s Firth of Forth. The project, which kicked off in November 2011, first employed three 40-tonne Liebherr 630 EC-H 40 tower cranes. They were erected to build three 207-meter towers to support the 2.7-km-long bridge, the world’s longest cable-stayed bridge with three towers. It will sit alongside the existing Forth Road Bridge across Scotland’s Forth Estuary.

The three Liebherr 630 EC-H 40 tower cranes were supported by two Liebherr LR 1300 crawler cranes, which were owned and operated by Ainscough Crane Hire Ltd. One of these cranes was mounted on a barge in the river. The second machine was based on shore and operated in support of the barge, loading out components to be taken to the base of the towers.

Ainscough Crane Hire operated 12 different types of Liebherr mobile telescopic and lattice-boom cranes ranging from 40 to 500 tonnes on the Queensferry Crossing construction site. The cranes were used to lift components needed to construct the bridge. At least one model of almost every telescopic crane that Liebherr manufactures was used on the project.