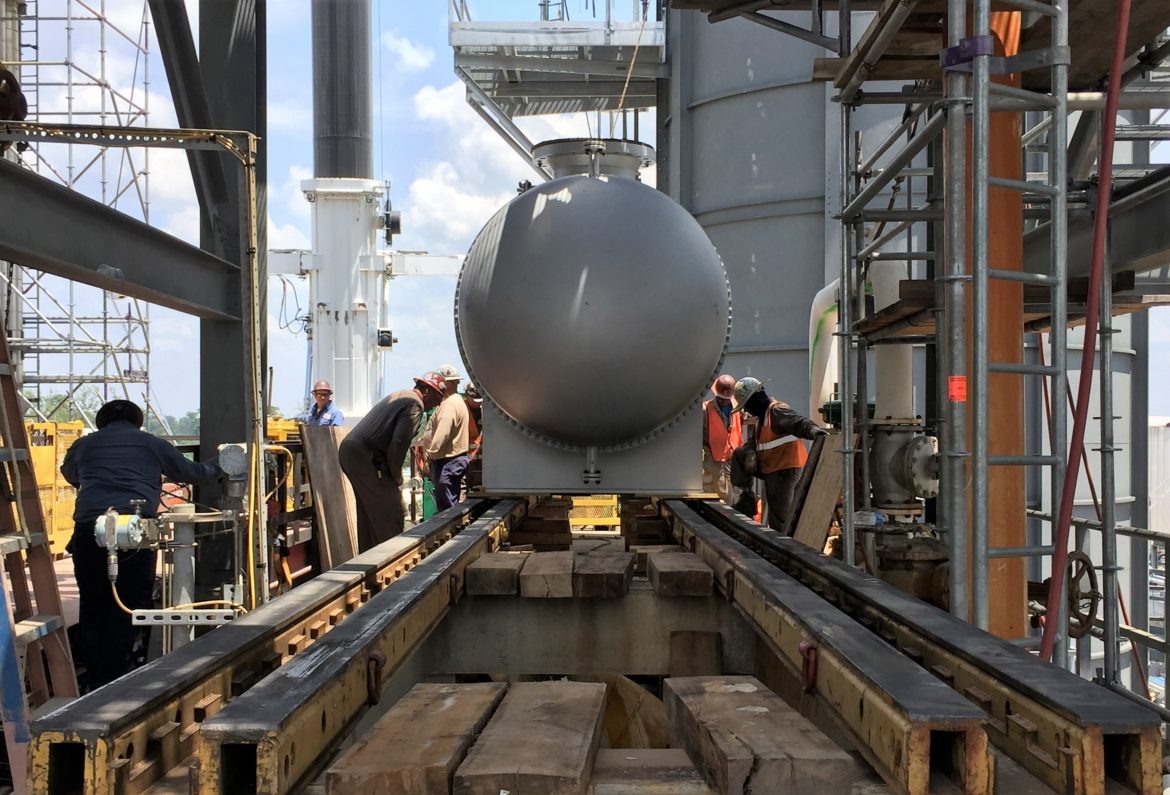 B&G Crane Service LLC recently used a 300-ton-capacity Hydra-Slide HT300 heavy-track hydraulic skidding system and other equipment to remove and replace two heat exchanger units in Louisiana. The HT300 was used to slide the old exchangers, weighing 49,000 and 59,000 pounds, about 60 feet. The process was then reversed with the replacement units, which weighed 58,000 and 66,000 pounds.

Mark Morris, rigging superintendent at B&G Crane, said the first stage of the project was removing the existing exchangers using the LTM 1500-8.1. “At that point, grating from the elevation was opened up to allow rigging to be lowered through the existing floor,” he said. “The exchangers were then blocked up with cribbing to allow installation of the Hydra-Slide tracks before they were lowered onto the skid shoes.”

Once the exchangers had been skidded clear of the site, the LTM 1100-5.2 lifted them onto the SPMTs, for transportation to a lay-down area. Morris said: “The process was completed in four, 12-hour shifts, which included all the required rigging, setup, removal, and installation work.”

Extra safety measures were implemented in the planning stages to allow for elevated work on false work platforms, which were essentially barge ramps created by fabricating hand rails to OSHA specifications. Morris explained that the solution prevented potential fall and drop-related accidents from height.

“The safety mantra on the project aligned well with the Hydra-Slide equipment,” Morris said. “Safe and controlled movement of the loads on the elevated platforms not only provides for smooth operation and minimal labor intensity, but also gives clients added confidence in our execution of work. We have used the Hydra Slide equipment on several projects over the last four years since I have been with the company, and I look forward to applying it on many more.”