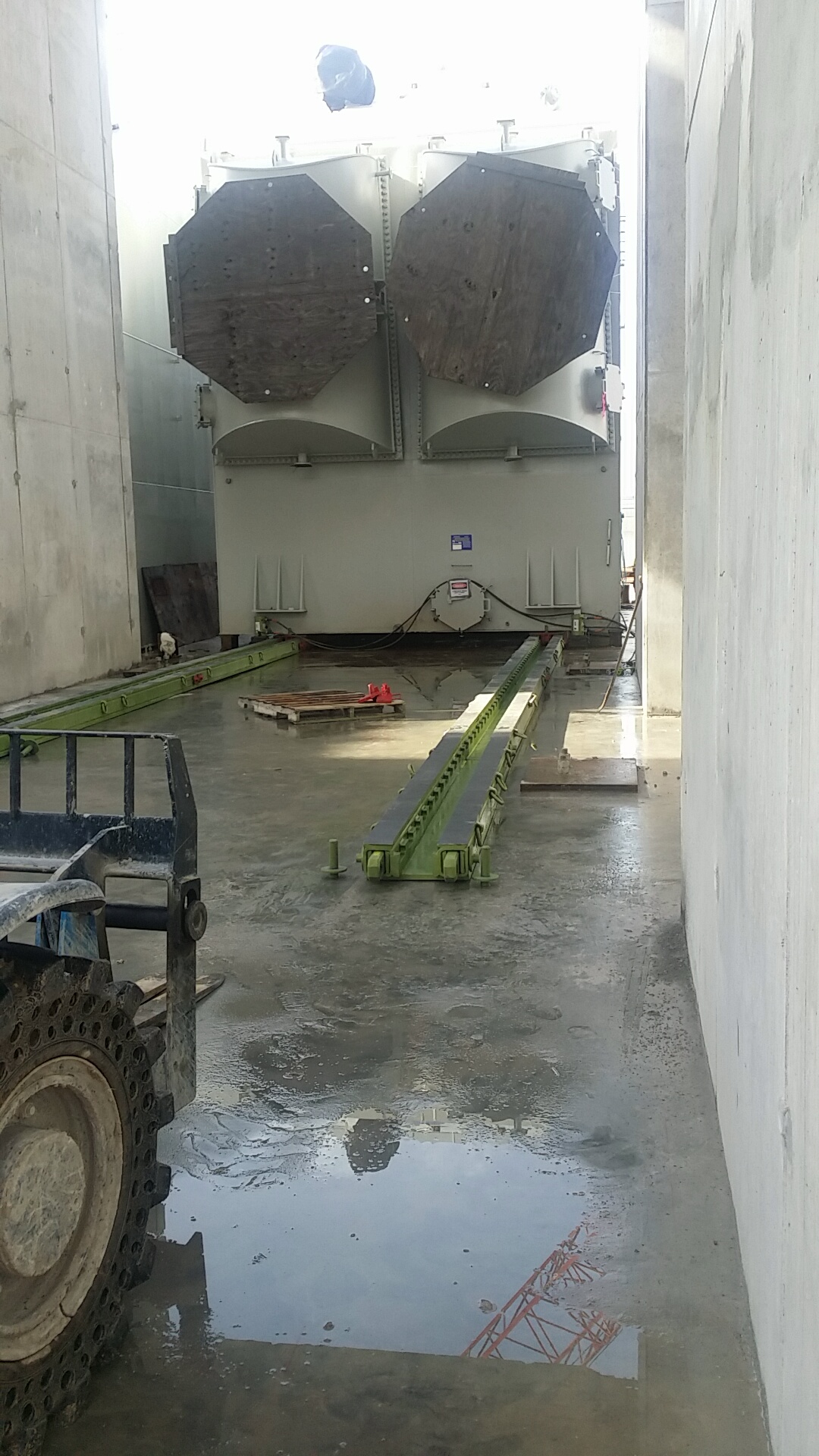 Patrick Clark, national rental support manager at LGH, attributes the subsequent success of the partnership to Hydra-Slide’s ability to tailor a solutions portfolio specifically to the needs of a target customer base.

Clark said there is potential for heavy industrial and lighter commercial projects to utilize Hydra-Slide’s “Up ’N Go” jacking skid shoes and engineered turntables. The skid shoes are a complementary product to the HT500 heavy-track skid systems, designed to fit the same track. The 250-ton capacity jacking cylinders can be connected hydraulically with any number of other shoes, increasing the system capacity to multiples of 1,000 tons, while maintaining equal load support and weight distribution. The turntables, meanwhile, rotate any heavy or over-sized load accurately and efficiently, even in areas of restricted access or clearance.

“Exploring market potential for Hydra-Slide products is very interesting,” Clark continued. “Some clients may have an urgent need for, say, the HT500 but will never require it again. That’s where the performance of the product and LGH service must create a positive experience to grow awareness in that sector or industry. In other cases, a company may have such demand for it that they need to acquire their own unit. Then, if that system becomes tied up on a project and another one is required, we need to make sure we’re available to serve as an equipment warehouse.”

Heavy-Track Skid Systems on the Job

LGH’s Hydra-Slide equipment has been used in a variety of applications, and currently the company has an order confirmed for two HT500s on the same rental. Clark said that not only do Hydra-Slide heavy-track skid systems present an alternative to cranes and overhead solutions, or where limited space and headroom are available, they are also increasingly selected over other jack and slide systems.

“In one example, a customer had to move a 350-ton gripper head,” he said. “They couldn’t use their crane because of headroom issues, and the jack and slide they had was heavy and awkward. They would have had to reset the pin and incur unviable costs and delays. Hydra-Slide has perfected the tried-and-true method of skidding loads by designing simple, effective, easy-to-use systems.”

John Williams, lead foreman at Advantage, said: “Whenever we need something that’s bigger than what we normally stock [the fan motor weighed 80,000 lbs.] we contact LGH. The Hydra-Slide was safer, simpler and easier to use than other equipment; we had more control over the motor. We can see the system being used in a lot of future applications.”

Sonny Calderone, assistant superintendent at Robins & Morton, meanwhile, was confronted with a challenge to slide the condenser units on a concrete foundation that was approx. 10 ft. thick with columns situated around it (like a tabletop). He said: “The Hydra-Slide is one of the nicest systems we’ve used. You don’t have to reset it every time because it resets itself and comes with its own hydraulics. It was easy to use and operations were fast.”

LGH has 22 locations across North America. LGH has positioned itself geographically for the customer’s ease of access to equipment and local (to the job site), timely assistance if needed. For LGH, it’s all about providing partnership in supply, service and safety.

The Beginner’s Guide to Crane Financing