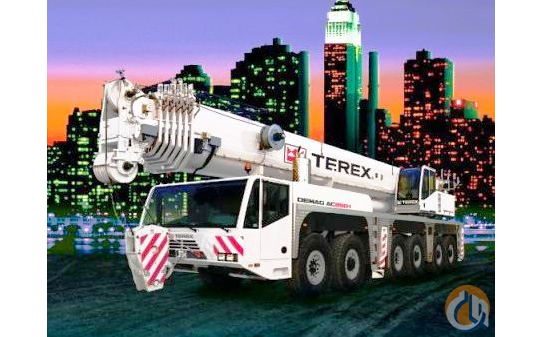 Net sales in the Aerial Work Platforms segment were $533.3 million, an 18-percent increase from $437.7 million in the Q312 period. Construction segment net sales were $241.7 million in the third quarter, a decrease of 16.7 percent from $290.4 million in the year-ago quarter.

â€œOur third-quarter operating results were as we expected but with a better tax rate,â€ said Ron DeFeo, Terex chairman and CEO. â€œThe current environment is mixed overall, and remains challenging to predict. We are seeing strength in early-cycle product categories where demand is mostly replacement driven. We continue to have strong performance from our Aerial Work Platforms business and solid execution by our Materials Processing business. Our Cranes segment continues to experience soft market conditions and our Construction businesses remain challenged.

â€œGeographically, the global economy is best described as lacking a clear direction. North America remains the most stable market overall. Europe has seen slight improvements in certain products, mostly in our AWP segment, and the Middle East continues to provide growth. However, overall weakness in Europe and Australia have offset the growth we have experienced in other markets.

â€œOur operating margins have remained consistent. However, we expected 2013 to be a year of significant sales growth, and this has not occurred. Our businesses that have a significant portion of products dependent on non-residential construction have not recovered as quickly as we had expected. Businesses that are less dependent on non-residential construction, such as our Port Solutions and AWP businesses, are seeing improving business conditions. This, along with our interaction with customers globally, is what provides a level of support that a broad-based recovery is more a matter of when it will happen, not if it will happen.â€

Terex now expects earnings per share to be between $2.05 and $2.25 per share, excluding restructuring and other unusual items, an increase from its previous guidance of $1.90 to $2.10 per share.

Backlog for orders deliverable during the next 12 months was approximately $1.83 billion at Sept. 30, an increase of nearly 7 percent from Sept. 30, 2012, and a decrease of approximately 16 percent from June 30, 2013. Strong demand for AWP products along with existing large port equipment orders for MHPS, which are now deliverable in the next 12 months contributed positively to the increased backlog on a year-over-year basis. This was partially offset by lower demand for Cranes products.