Investigators said they suspect construction crews failed to properly engage support arms on the crane while replacing a large air conditioning unit from the top of a supermarket in the Points East Plaza.

City police and firefighters began investigating after the incident and an inspector with the Occupational Safety and Health Administration began his investigation shortly after.

Dozens of people shopping at the crowded plaza gathered to take photos and videos of the large 90-foot crane on top of the cars. The crane was directly in front of the Marcâ€™s grocery store when it tipped. A second crane pulled the extended part of the first crane off the cars long enough for the damaged cars to be towed away.

One of the car owners, Ed Ziegler, said his wife was walking her groceries from the Marcâ€™s grocery store when the crane fell, crushing his car.

â€œIâ€™ll be okay,â€ Ziegler said. â€œI just thank God my wife is okay. Who cares about the car?â€

Vincent Armaro, 67, said heâ€™s angry about the incident. He said he planned for his vehicle, which he suffered major damage, to be the last car he ever had to buy.

â€œI took care of it and it was in great shape,â€ Amaro said. â€œI feel lousy. I canâ€™t believe it. I canâ€™t buy a new car and the insurance money isnâ€™t going to cover what itâ€™s worth.â€

One witness, Diane Willenberg of Mentor, said she had just loaded groceries into her trunk when she and her husband saw the air conditioning unit crash to the ground, followed by the crane itself.

Willenberg said the crane operator was able to escape and appeared to be unharmed.

Another woman, Denise Davis, said she had almost secured a parking spot where the crane fell but another driver got there first. She said she was at the pharmacy when she heard a loud boom.

â€œI was (mad) that person stole my spot,â€ Davis said. â€œ Iâ€™ve never been so happy for someone to steal my spot in my life. 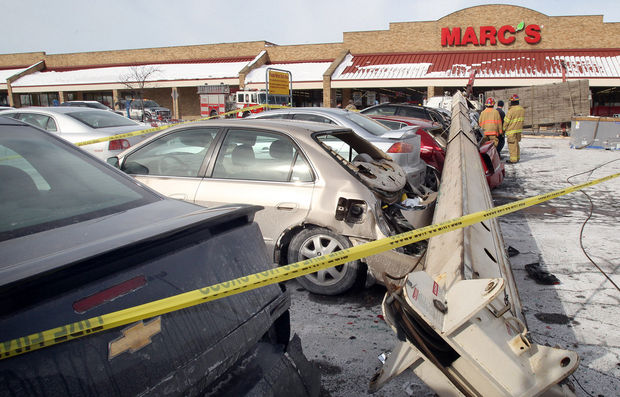 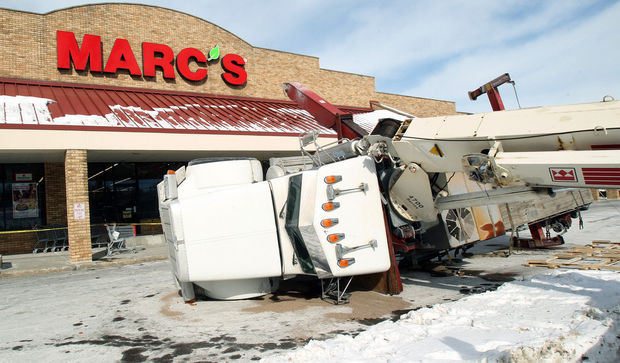 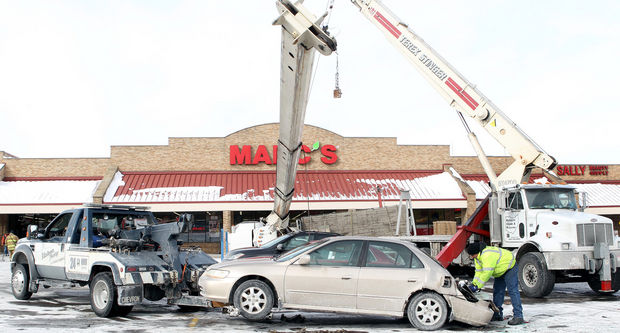 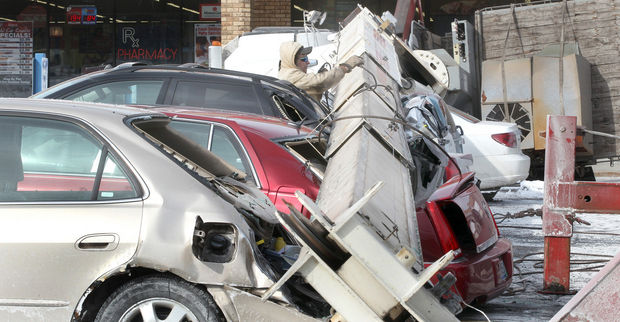 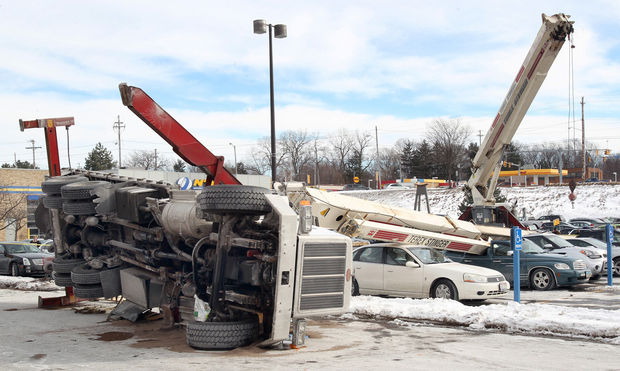 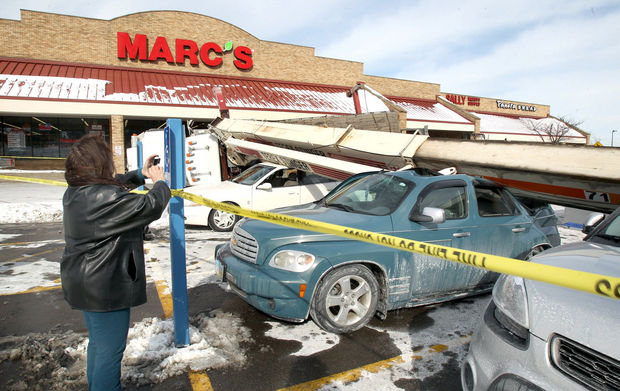 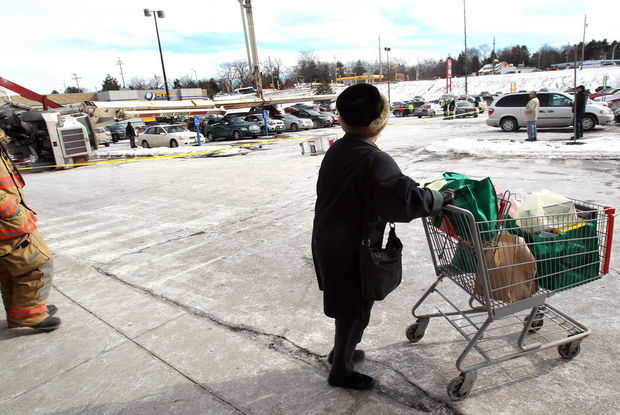 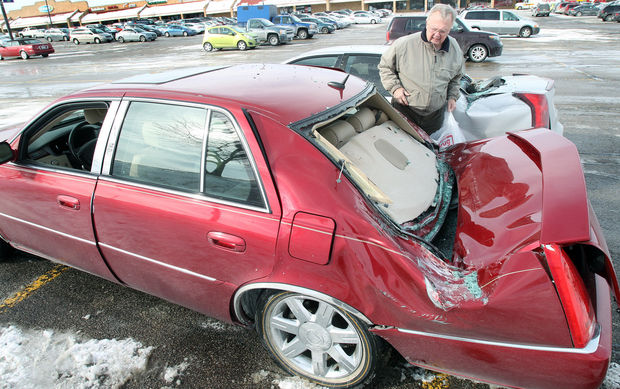 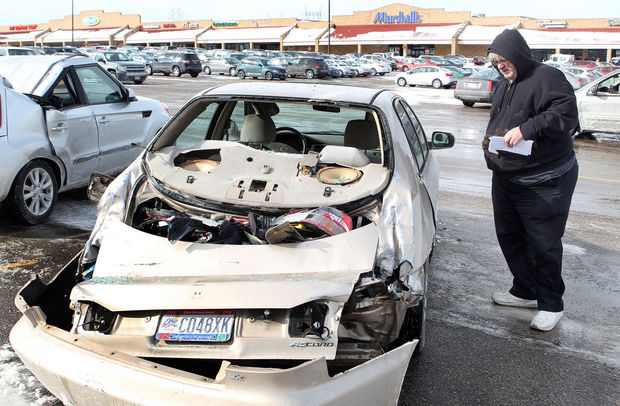