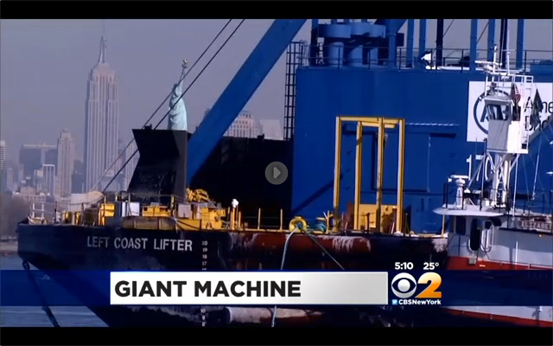 Â of theÂ new Tappan Zee BridgeÂ has arrived in the Port of New York and New Jersey.

The nearly 400-foot-long â€œLeft Coast Lifterâ€ â€” which has been nicknamed the â€œI Lift NY Super Craneâ€ by officials in Albany â€” is one of the largest floating cranes in the world.

The crane departed the San Francisco area for the 6,000-mile journey days before Christmas, CBS 2â€²s Lou Young reported. The crane traveled down the West Coast, through theÂ Panama Canal

Â and then up the East Coast.

It arrived in the Port of New York and New Jersey on Thursday and will be docked at a private facility in Jersey City until itâ€™s moved to the project site this spring when the ice clears.

â€œIt is fitting that New Yorkâ€™s most ambitious infrastructure project of the 21st century includes one of the worldâ€™s biggest floating cranes,â€ Gov. Andrew Cuomo said in a statement. â€œThe I Lift NY super crane can lift the equivalent of 12 Statues of Liberty at once, and its ability to lift huge modular components of the new bridge into place and to help dismantle the old bridge will reduce construction time by months and reduce project costs by millions of dollars.â€

The giant machine that slid into the harbor on its own barge is so big is blotted out the New York City skyline for those waiting for it in Jersey City.

â€œWhen it was further away, you said, â€˜Oh, that looks like a big crane,â€ said Vince Press. â€œBut when itâ€™s right up close like this, it is gigantic.â€

Â underbid their nearest competitors by $800 million, or about a quarter of the total project cost, Young reported. 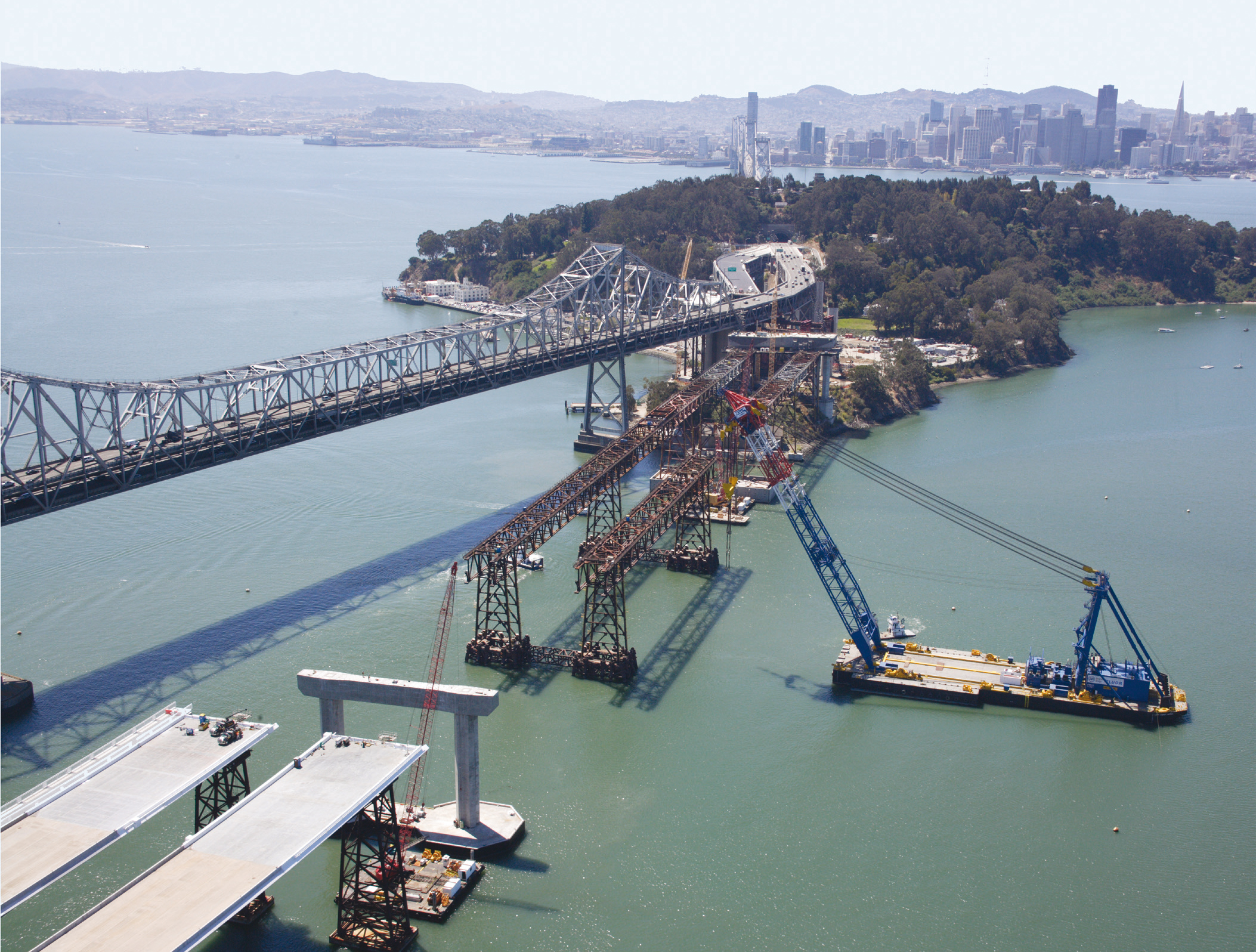 The Left Coast Lifter, shown in front of Yerba Buena Island in California is the largest floating crane on the West Coast. Now it is set to work on the East Coast.