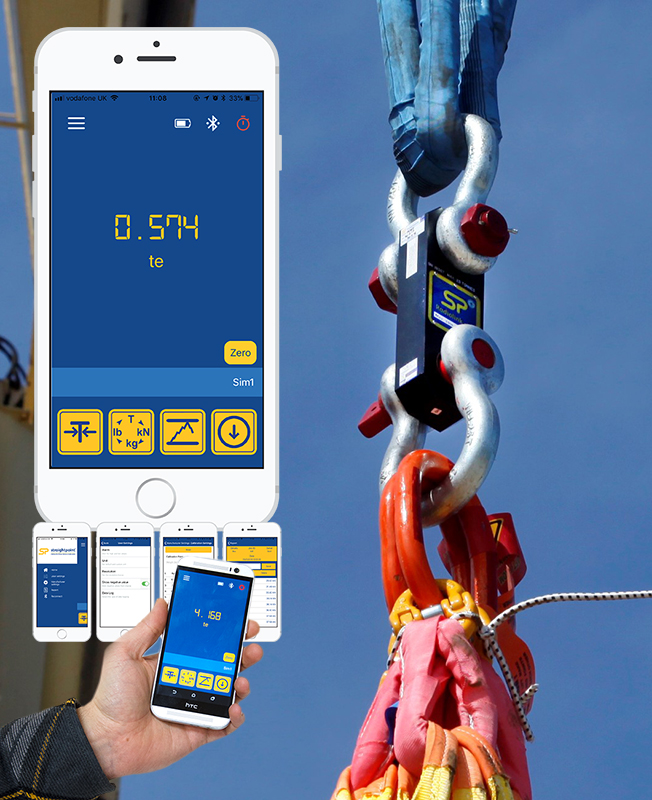 A new Bluetooth app for smart devices, named after Straightpoint’s (SP) Handheld plus display unit, is now available for download and easy connection to the manufacturer’s recently launched range of load cells that boast the same technology. The innovative pairing is set to revolutionise the way data is captured and supplied in below-the-hook and other force measurement applications.

The app can package up data collected and send it onto a recipient in the form of an Excel spreadsheet.

The HHP app, available on iOS and Android platforms, uses Bluetooth (wireless technology for exchanging data over short distances) to collect information from a single load cell up to 50m away. Further, the app can package up the data collected and send it onto a recipient in the form of an Excel spreadsheet.

The free-of-charge app adds convenience and cost efficiency to the vast majority of applications involving SP equipment where a single force measuring device is used in close proximity to a reader and / or data-logging system. Until now, wireless readings were only possible on the handheld system, while the company’s multiple wireless load cell controller (SW-MWLC) software was required to convert data into another format.

Those existing products remain integral to the SP offering; the Handheld plus has a range of up to 700m (2,300 ft.) and the SW-MWLC package displays and logs data from up to 100 SP wireless load cells simultaneously. This is cutting-edge technology in its own right but is suited to more demanding, specialist applications for which the app is not designed. Capacity isn’t a dictating factor to its use, although the heavier the load the more likely it is that multiple load cells will be used and the operator will be at a greater distance from it.

David Ayling, director at SP, said: “We’ve been experimenting with Bluetooth technology for some time—it’s been used with our Clamp On Line Tensionmeter (or COLT)—but that research was part of a journey towards the landmark launch of the new load cells and accompanying app. Distributors and partners have lauded its ability to send reports from the same device that captures the data and noted the inherent convenience of having the app on a smart device that is on their person.” 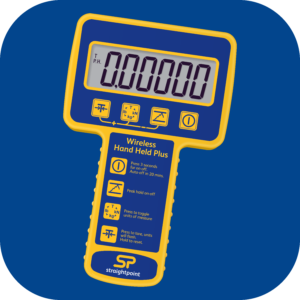 The new Bluetooth app is named after SP’s Handheld plus display unit.

The HHP app is user friendly but can be downloaded in simulation mode so users can practice before utilising it in a real-life application. It is compatible with any SP product that fits the usage criteria, which can be selected via a straightforward menu. Units of measurement and calibration settings are among other variables that can be specified with equal simplicity.

Ayling concluded: “The launch of the Bluetooth range chimes with a gravitational pull towards IoT [Internet of Things] and could be game-changing in that we’re not aware of any other solutions on the market that harness the benefits of this technology through a mobile app. Once again we’ve demonstrated our pioneering intent and we’re keen to monitor uptake through download numbers in the coming weeks.”

Straightpoint, with offices in the U.K. and the U.S., has been providing load cells to companies around the world to ensure their loads are safe to lift, offload, pull or push for over 40 years. Straightpoint’s products are currently being used within a wide range of industries such as oil and gas, shipping, construction, renewable energies, lifting and cranes, mining, staging, test and inspection, and military applications. Products are available to buy or rent. www.straightpoint.com