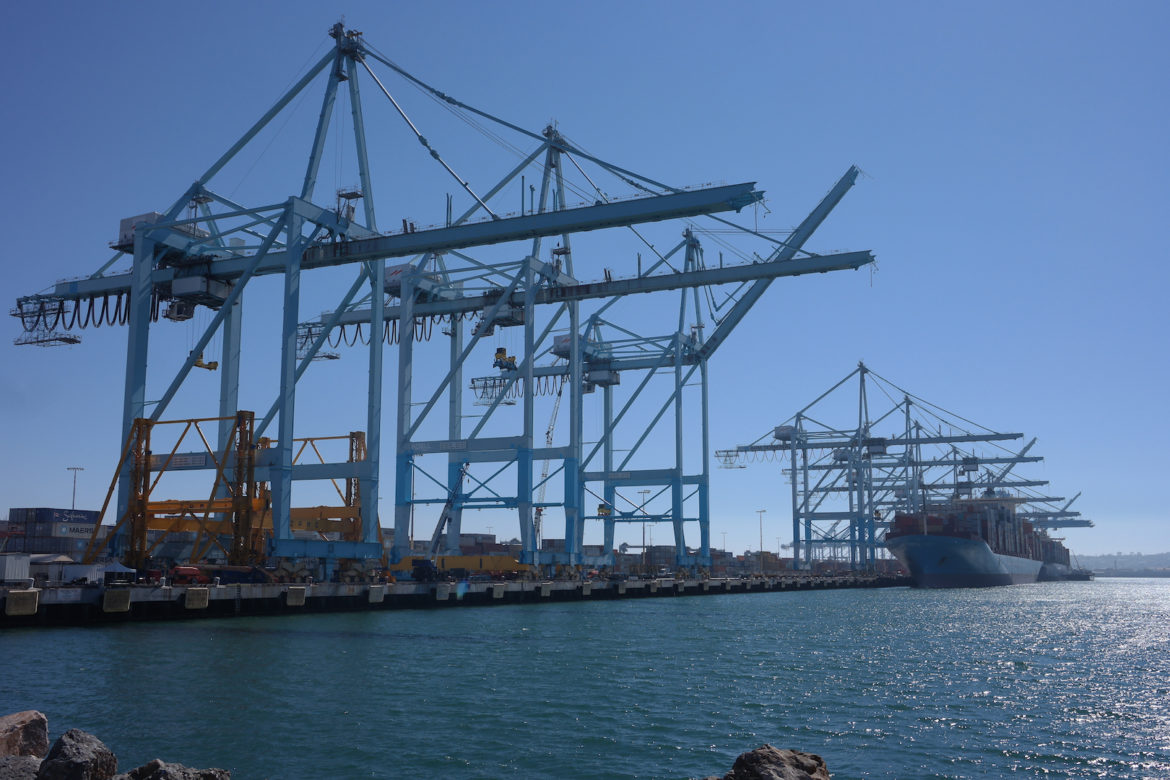 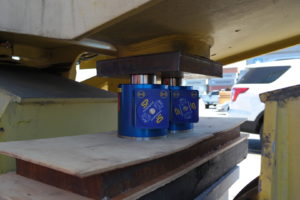 At the Port of Los Angeles, 16 Straighpoint load cells were used to weigh the updated ship-to-shore cranes.

Rick Pope, vice president at ZPMC North America, explained that a key part of the project included benchmark weighing of one raised crane to determine the new, as-built weight and center of gravity. The 150-metric-tonne capacity load cells were used in combination to weigh one Noell ship-to-shore container handling crane.

He said: “From this data, the crane OEM calculated the required concrete ballast that needed to be added to establish the crane’s designed operational center of gravity and stability. The results became the basis of ballasting for the other cranes being raised.”

The weighing procedure included lifting the crane using ZPMC’s self-propelled modular trailers, placing the load cells in pairs under the eight intermediate gantry equalizers on specially designed pedestals, and lowering the crane down to rest on the load cells. The crane was lifted off the load cells between trials to allow for three distinct weighing evolutions.

The initial as-built weight of the crane as provided in historical documents was 1,185 tonnes. Post-construction weighing indicated the raising added 193 tonnes, for a total pre-ballast weight of 1,378 tonnes. Concrete ballast was added according to OEM specifications, and it resulted in a post-ballast weight of 1,414 tonnes and shift of the operational center of gravity approximately 1 meter toward the rear of the crane.

LGH also provided a Straightpoint wireless tablet with data logging software and USB wireless base station. The data logging software provided user-configurable screens that recorded the physical location of the load cells and collected data. Center of gravity software collected data over three trials of weighing to calculate an average. A report was automatically created upon completion of the tests, including each load cell’s load, location, calculated center of gravity and standard deviation of weight data.

John Molidor, director of projects and market development at Straightpoint, said: “It was great to witness the application in person and get a first-hand impression of the 16 load cell system delivering safety and accuracy to such a landmark project. We enjoyed working with LGH and ZPMC North America to deliver the state-of-the-art solution.”