One of the best Crane Operators set to retire 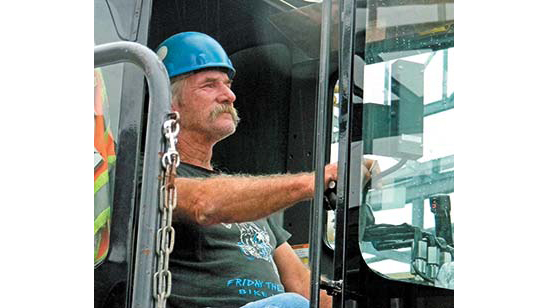 After more than 21 years as a licensed crane operator, the man described by his employer as the best of his kind in Ontario, will soon be calling it quits.

Iâ€™m 57 and in 34 months I will be retiring,â€ saysÂ Rankin ConstructionÂ employee and Niagara Falls area resident Dave Fowler. 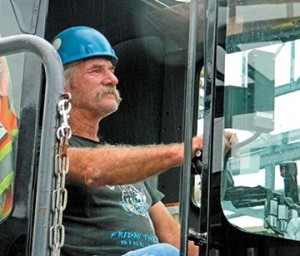 Fowler started working as a labourer for or DL Stephens (which later became Stephens & Rankin Inc. and renamed Rankin Construction Inc. in 2001) in 1978 and soon built a reputation as the â€œhardest worker in the company,â€ says John Maclellan, operations manager.

â€œDave can run anything from a rubber tire backhoe, dozer, excavator, to large mobile and conventional cranes. He has become one of the best at everything he runs.â€

In the late 1980s Fowler became an equipment operator and quickly mastered that skill, and then obtained his hoisting engineerâ€™s license in 1992. Fowler says the transition to a crane operator was just a natural move, although his father had also been a crane operator.

â€œDave is considered the best all round operators I have ever worked withâ€ says senior project superintendent Richard Giroux, who is overseeing Rankinâ€™s $61-million reconstruction of a 6.8-kilometre stretch ofÂ Highway 406Â in the Welland area.

On that project, Fowler operated a 160-ton Kobelco crawler crane lifting 30,000-kilogram prestressed girders from the highwayâ€™s existing bridge onto a barge.

â€œNot only is Dave an excellent operator, but he is also a very good mechanic. If heâ€™s not making lifts, heâ€™s usually found under the machine doing maintenance or repairs,â€ says Maclellan, who also describes Fowler as a â€˜character guy,â€™ always willing to jump in to help out a fellow worker and make life a little easier for those around him.

Over the past 20 years Fowler has worked on numerous projects. Asked about his most challenging job, he replied: â€œeverything is a challenge.â€ But then he went on to say it was probably the dredging of Hamilton Harbour in 1996.

Asked a follow up question on how he could maintain that rigorous work schedule, he says: â€œI donâ€™t know. Itâ€™s just my nature. I love to work, but not everyone could do that.â€

A crane operator has to be physically fit, have good hand-to-eye movement, steady nerves and be willing to adapt to changes on the job, he says.

The most significant change he has seen during his two decades as an operator is the increased use of computerized cranes. Fowler says he mastered that adjustment by reading the manuals thoroughly.

At the same time old technologies shouldnâ€™t be forgotten, he says.

â€œThere are still a lot older cranes around and some of the newer guys canâ€™t operate them.â€

Fowler is a widower â€” his wife died of cancer of 10 years ago â€” with a grown daughter. An avid motorcyclist, he has two Harley motorcycles which he will be pulling on a trailer during a number of long trips he has scheduled for his retirement. A constant passenger on those trips will be his pet dog.

Despite the accolades from his employers, Fowler says there will be no regrets on his last day of work.

â€œI will be starting a new chapter in my life.â€

One of the best Crane Operators set to retire was last modified: October 25th, 2013 by Ron Selby