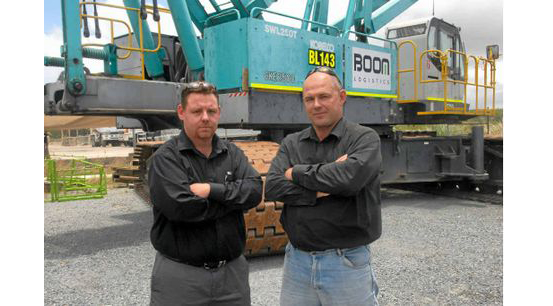 A BUSINESS at Mackay Harbour has had to fork out at least $100,000 to purchase more land to store their heavy vehicles after new restrictions were slapped on bridges on Harbour Rd.

About 50 of Boom Logistics’ cranes and heavy haulage vehicles are no longer allowed to use the bridges across Vines Creek, which has forced Mackay Crane and Heavy Haulage manager Matt Arkinstall to look for another storage facility.

“Right now we’re in a situation where we’ve got nowhere to go,” he said. 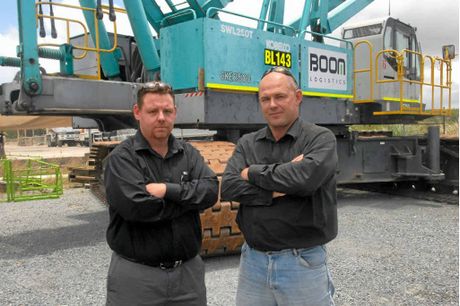 Cranes are not allowed to cross the Vines Creek bridges after the Department of Transport and Main Roads found cracking and a loss of concrete on the pylons.

Main Roads also changed the two-lane bridges to one lane each way, decreased the speed limit to 40kmh and slapped restrictions on vehicles with “special permits”, which make up most of Boom Logistics’ business.

The new conditions were put in place last Friday.

“It will be a big cost for us and we’re going to have to absorb that. And now coming into Christmas, the wet season, the slower part of the year and we budget around that and to not foresee this coming is going to hurt big time,” Mr Arkinstall said.

He said they would have to leave vehicles on the side of roads until they could secure more land.

Boom Logistics state safety manager Malcolm Walker questioned why the changes were “suddenly” made to the deteriorating bridge.

“They haven’t put anything in place to stop it up until two weeks ago… so they’ve suddenly just realised it’s unsafe.

“How did it get to that situation?”