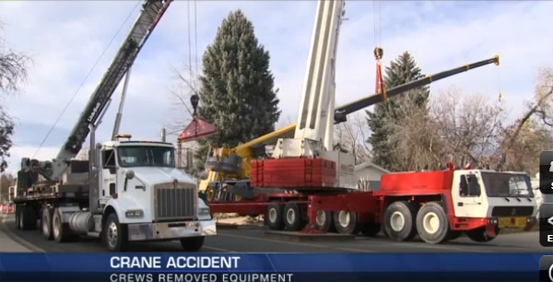 FORT COLLINS, Colo. â€” In the University Acres neighborhood of Fort Collins, there was a strange crane causing concern, after the 80-ton vehicle extended its 128-foot long arm too far.

The crane was being used Wednesday morning to remove an old tree, only to be shown up when the tree didnâ€™t want to go.

â€œIt appears they didnâ€™t have good leverage,â€ said Dick and Anabelle, long time neighbors. â€œI am glad Iâ€™m not doing the work, Iâ€™d have four cranes on their sides.â€

The job of up-righting the big crane needed three others to lift the arm, while lowering the portion of the crane which had stood on its end for 29 hours.

â€œWe want to take it slow and just make sure the crane gets on itâ€™s wheels safely,â€ said Rocky Wilson, safety director.

The whole process wrapped up around 3:00 p.m. Thursday after the arm was lifted upright and the wheels were soundly on the ground. 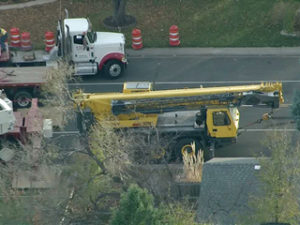