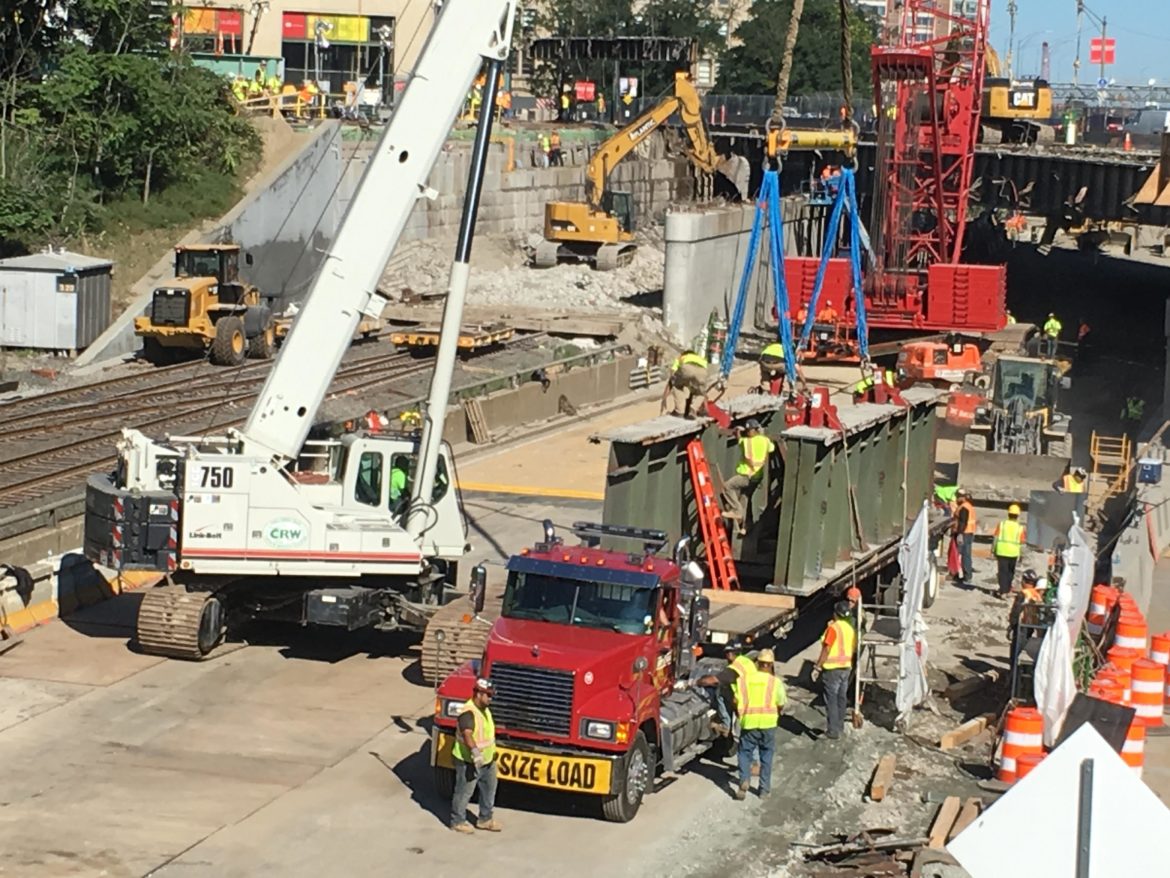 Last month, the Massachusetts’ Department of Transportation began its ambitious Commonwealth Avenue bridge replacement project in Boston. The bridge superstructure was built in 1965, and it was showing signs of deck deterioration and a significant amount of corrosion on the beams in multiple locations.

The concrete deck and steel beam structure that carries Commonwealth Avenue traffic and the MBTA Green Line B branch over the I-90 Massachusetts Turnpike and the MBTA commuter rail line will be replaced. Although the width of the bridge will be about the same as its original design, it will have additional functional and safety improvements like utility relocations, dedicated bike lanes, and pedestrian upgrades.

Although commuters on the Massachusetts’ Turnpike have been inconvenienced, the fast track job is already well underway. To help dismantle the Commonwealth Avenue Bridge, Mike Winkler of Winkler Crane, Truro, Mass., rented a 75-ton Link-Belt TCC-750 telescopic boom crawler crane from Wood’s CRW to lift and move the steel girders on the bridge replacement project.

Limited on time, Winkler said, “We wanted a hydraulic crawler crane that was compact and easy to move.” A lattice-boom crawler wouldn’t have been an option because of other bridges in the area, and it is not as nimble as the telecrawler. “This crane was the best fit for the job,” he added.

Set up with the A-Max boom extension mode, which Link-Belt said increases capacities in close quarters, the TCC-750 worked for 2.5 weeks on the job. “The old bridge beams weighed between 35,000 and 85,000 pounds, and they were all moved in a tight radius,” he said.

Bridge construction is currently on scheduled, and it is expected to reopen to traffic on Monday, August 14 at 5 am.

Terex Adds Rush Group Executive to Board of Directors